Some of the lithium-ion battery modules overheated on Saturday, 4 September, in the 300MW / 1,200MWh Phase I of the plant, in Monterey County, California. Safety features kicked in, detecting that temperatures had exceeded operational standards in a limited number of modules. Targeted sprinkler systems aimed at those affected modules were triggered.

The project’s owner and operator, power generation and retail company Vistra Energy, said that nonetheless, local fire crews from the District of Monterey County attended the site “consistent with Vistra’s incident response planning and out of an abundance of caution,” on the power company’s request. No injuries have been reported and the company said there had been no harm to the community from the situation, which had been contained.

The completion of Phase 2 at Moss Landing Energy Storage Facility was celebrated just a few weeks ago. Phase 2 added a further 100MW / 400MWh of BESS output and capacity at the site. The battery storage has been built into what was previously a gas-fired power plant, complete with lithium-ion battery racks housed in former turbine halls. Vistra has said the site has the space and site infrastructure to enable eventual size and capacity of Moss Landing to reach 1,500MW / 6,000MWh in total.

Phase I was taken out of action immediately after Saturday’s incident and remains so, while Phase II, housed in a separate building, is still operational.

Project partners Vistra, battery rack supplier LG Energy Solution and energy storage technology provider Fluence, which carried out engineering and construction duties, were conducting walkthroughs of the Phase I building as of 7 September’s update. External experts have also been called in to do the same.

They were gathering information to begin investigations into the issue and its cause. Vistra said they are being assisted by the North County Fire Protection District of Monterey County, the crew which attended on Saturday night.

After assessing damage — which Vistra noted might take “some time” to do fully, a plan to repair the system and return it to service will be developed. The company said it is taking all necessary safety precautions to ensure any risks in doing so are minimised.

With California committing to decarbonisation of its electricity system by 2045 and at the same time enduring shortfalls of energy to meet peak demand during summer months, the state’s utilities including PG&E, the Moss Landing facility’s main offtaker, are contracting for large amounts of four-hour duration battery storage and solar-plus-storage.

Battery storage fires remain relatively rare, given the rapid growth of the technology’s use around the world, but the industry is certainly keen to limit the risks inherent in working with energy dense power equipment of that nature. In an article for this site last year, an expert team at energy storage and power equipment safety company Energy Safety Response Group (ESRG) wrote of the importance of developing incident response plans with regards to fire safety for lithium BESS projects.

This included the critical importance of communicating with first responders including fire crews what is contained in the systems, what the risks are and how to deal with them. ESRG founding principal Nick Warner said in an interview that with the battery storage industry rising so quickly and with hundreds of gigawatts expected to be deployed in the next five to 10 years, it is imperative that incidents are prevented with best practises as well as technology developments.

LG Energy Solution has recently recalled some of its residential battery storage systems due to overheating concerns, while the company was also supplier of modules to the Arizona BESS that caught fire and caused an explosion in 2019, injuring a number of firefighters. A DNV GL report into that incident said an internal cell failure in a 0.24kWh NMC battery cell triggered a thermal runaway that cascaded to surrounding devices.

There was a high profile incident as a Tesla Megapack BESS unit caught fire at another of the world’s largest battery storage systems, the Victorian Big Battery in Australia, at the end of July. The incident occurred as initial testing was conducted at the 300MW / 450MWh project, scheduled for commissioning and the start of commercial operations a few days later. 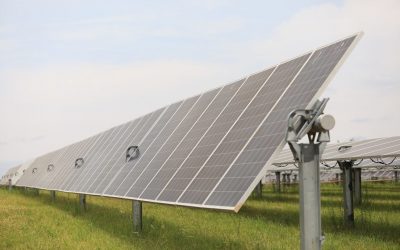 September 17, 2021
A Request for Proposals (RFP) has been issued for a 500MW pumped hydro energy storage project at a reservoir in California by the San Diego County Water Authority.

September 16, 2021
Vistra Energy has welcomed the enactment of clean energy policies in Illinois which the power generation company said will support 300MW of solar and 150MW of battery storage to be built at nine of its coal plant sites.