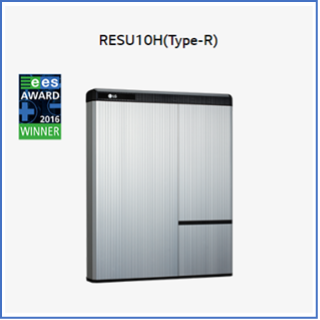 A product recall has been announced for around 10,000 units of residential battery energy storage systems (BESS) by manufacturer LG Energy Solution Michigan in the US, due to potential fire risks.

The United States Consumer Product Safety Commission (US CPSC) issued the notice on 4 August, for LG Chem Model RESU 10H lithium-ion battery storage units that were installed with solar, after there were five reports of the batteries smoking and catching fire. One person was reported injured and the incidents resulted in property damage.

CPSC said the batteries can overheat, and harmful smoke could be emitted, as well as fires being caused. The RESU 10H is a 400V device with 9.8kWh total energy and 9.3kWh rated usable energy capacity and the systems were imported by LG Energy Solution Michigan and sold by various solar and storage distributors across the US. The run of potentially faulty systems were sold between January 2017 and April 2019 at a price of about US$8,000.

LG Energy Solutions should be contacted immediately for free replacements, while the company will arrange for online modifications of batteries to reduce their risk of overheating until replacement can be arranged. The company is also trying to contact system owners directly, CPSC said. The recalled product’s serial number begins “R15563P3” and can be found behind the RESU home battery’s access door.

Manufacturer LG Chem spun out and relaunched its battery storage division as LG Energy Solution earlier this year. In December 2020, the company began a voluntary recall and free replacement of RESU 10H units, which as with the latest recall related to units installed during the 2017 to 2019 period across the US. However a similar CPSC notice at that time said it was thought that about 1,815 units could be affected.

Sunrun, one of US’ biggest residential solar PV installation and leasing companies, said that that December recall had affected about 5% of its solar-plus-storage system installations and had been proactively replacing batteries affected, as well as crediting Sunrun customers for the downtime experienced as a result.

In March this year, LG Energy Solution also offered free replacement units in Australia, after it was found that batteries in four different models of the RESU units could be affected, as well as ESS batteries made by LG Chem but badged up for use in other manufacturers’ products. Again in that instance a risk of overheating that could cause fire was cited, for products made from March 2017 to September 2018.

Later in March 2021, LG Energy Solution unveiled a plan to invest more than US$4.5 billion into its US business by 2025 to add as much as 70GWh of annual production capacity for electric vehicle (EV) and stationary storage batteries. The company opened its first US battery production plant in Michigan in 2012, with 5GWh annual production capacity and is now building a US$2.3 billion, 35GWh plant in Ohio which is expected to open next year. The 70GWh ramp up would bring the company’s production in the US up to 110GWh per year.

September 28, 2021
The safety regulator for Victoria, Australia, has no objections to commissioning of the Victorian Big Battery 300MW / 450MWh project resuming, after investigating a fire at the site and agreeing with steps taken to prevent it happening again.

September 27, 2021
Energy-Storage.news proudly presents this sponsored webinar with energy intelligence group Curation, looking at the exciting but challenging work that goes into following and forecasting the costs of batteries.

September 23, 2021
Update 27 September 2021: Australian Vanadium contacted Energy-Storage.news to say it has selected a contractor to deliver the first stage of its vanadium electrolyte production facility project.

September 21, 2021
The breakneck speed of policy changes for US solar, a wave of investment and M&A deals in energy storage and skyrocketing power prices are the main topics of this month’s podcast. 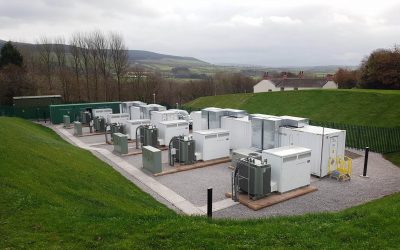