Owner Vistra Energy had called a temporary halt to its operation and market participation after battery overheating incidents at both phases of the project.

The 300MW/1,200MWh Phase I, commissioned in December 2020, went out of action after a September 2021 incident, while Phase II’s separate 100MW output and 400MWh of capacity went online a month before that incident, only to be also switched off in February this year.

Vistra said in a statement yesterday (11 July) that a successful restart has been carried out with more than 98% of the total 400MW storing energy and releasing it to California’s CAISO grid. The plan communicated earlier by the company, had been to have it up and running during the first half of this year.

While the company had not responded to an earlier enquiry on progress from Energy-Storage.news last month, yesterday Vistra revealed it had been incrementally beginning to re-energise the battery energy storage system (BESS) in May and June.

The final 2%, or 7MW, will come back online once equipment (replacement batteries and electrical components) arrives on site and the company said it continues to work with regulators and local authorities as restoration work goes on.

A further expansion of the facility is ongoing, the independent power producer (IPP) said. Phase 3 will add 350MW/1,400MWh of capacity and the start of its installation was announced in January. The company has previously said that Moss Landing, at which BESS technology has been installed in the former turbine halls and other parts of a former gas power plant site, has the infrastructure and grid connection capacity to potentially be sized up to 1.5GW/6GWh.

Batteries themselves were not the cause of the overheating, at least not at Phase 1, according to Vistra’s principal investigation findings published in January.

Instead, a fault-detection system responded to an overheating air-handling unit, triggering sprinklers that “improperly” sprayed water onto battery racks, which had been operating at normal temperature until the spraying occurred.

Vistra’s report also contained a number of corrective actions that the company said it would take.

July 2018: Vistra wins offtake contract with PG&E for 300MW Phase 1 of Moss Landing Energy Storage Facility, while Tesla gets contracted to deliver PG&E’s own project at the site. They will be among the first large-scale battery systems with four-hour capacity contracts for resource adequacy.

September 2021: Overheating incident brings operation of Phase 1 to a halt.

February 2022: Phase 2 taken offline after what was described as a similar instance of overzealous sprinkler activation causing problems with a number of battery racks. 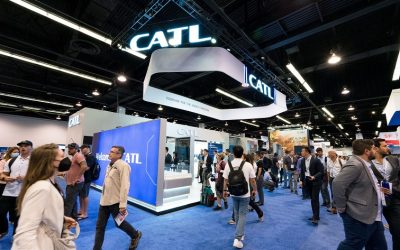