Project owner Vistra Energy said yesterday that the 100MW/400MWh expansion phase of the facility now joins the 300MW/1,200MWh Phase I in being out of action, after the incident late on Sunday (13 February).

In what appears to be a repeat of what happened in September to Phase I, a sprinkler system released water onto battery racks.

As before, no one was harmed, but after Phase II’s early detection safety system kicked in, local fire crews were called to the scene, in line with protocols and out of what Vistra described in a brief statement as an abundance of caution.

The latest incident comes only a couple of weeks after integrated utility and power generation company Vistra issued a report into the situation at Phase I and said it was preparing to bring it back online soon. Vistra has now decided to pause those restart activities.

In the January report, the cause of overheating of batteries was attributed to a sprinkler system that became active in response to smoke coming from an air handling unit in which a bearing had failed, rather than battery cells going into a thermal incident through internal faults or damage.

The onsite smoke detection apparatus had triggered water to be sprayed at a threshold below what it should have, leading Vistra to conclude there had been an error made in the equipment’s programming.

A course of corrective actions was being implemented at Phase I, including sealing gaps between the floor levels containing battery racks to prevent water leaking from one down onto the other, testing all the heat suppression equipment thoroughly and reviewing the programming of the Very Early Smoke Detection Apparatus (VESDA).

The early signs are that something similar happened again at Phase II, with leaking hoses having caused the suppression system to release water onto battery racks, which then produced smoke as damage was done to batteries. The suppression system did however contain the event.

Another investigation is now underway to find out what caused the detection system to activate and trigger the chain of events at Phase II, which came online in August 2021.

Vistra Energy is preparing to expand the facility even further to 750MW/3,000MWh, after signing off-take agreement contracts with California investor-owned utility (IOU) Pacific Gas & Electric (PG&E) for the next 350MW/1,400MWh phase which should come online by June next year if the agreement is approved by the California Public Utilities Commission (CPUC).

In a recent interview for our quarterly journal PV Tech Power, Paul Rogers, a former firefighter-turned-subject matter expert in battery energy storage said that for fire crews, fire and explosion incidents will be extremely rare, but could be high risk events when they do occur. 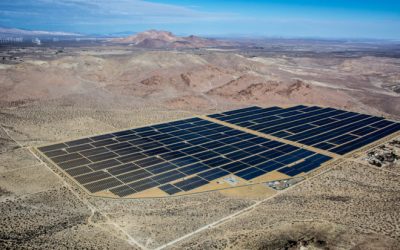 ‘Solar-plus-storage potential everywhere in the US’: Recurrent Energy interview