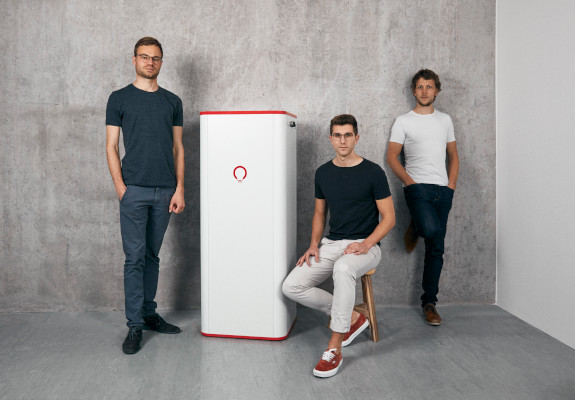 Voltstorage claims that its recyclable and non-flammable battery systems, which also enable long cycle life of charging and discharging without degradation of components or electrolyte, can become a “highly demanded ecological alternative to the lithium technology”. Its battery system, called Voltstorage SMART, was launched in 2018 and comes with 1.5kW output and 6.2kWh capacity. At the time of its launch, company founder Jakob Bitner claimed that Voltstorage had been “the first to automate the production process of redox-flow battery cells,” enabling the production of “high-quality battery cells at favourable cost”. The company also claims that around 37% less CO2 is emitted in the production of its systems versus comparable lithium-ion storage.

There has been great interest and discussion around redox flow batteries using vanadium electrolyte around the world at grid and larger commercial scale, although actual deployment figures have not yet begun to eat into the dominant existing market share held by lithium-ion. For domestic use, meanwhile, only Australia’s Redflow, which uses a zinc bromine electrolyte chemistry rather than vanadium, is widely reported to be targeting the home storage market – along with commercial and industrial applications as well. However, Redflow discontinued a 10kWh product specifically targeted at the residential space in May 2017 and the majority of its focus is on those other segments, although it makes its modular ZBM-branded systems available to larger residential users. Industry analyst Julian Jansen at IHS Markit had told Energy-Storage.news at the time of that discontinuation that it seemed “highly unlikely that flow batteries will succeed as a viable competing option to Lithium-ion based systems in the residential market outside of very specific niche applications”.

Bo Normark, industrial strategy executive at EIT InnoEnergy told Energy-Storage.news this week that the group sees the greatest potential in four technology areas of energy storage: lithium-ion, flow batteries, ultracapacitors and hydrogen. According to Normark, a veteran of the power and smart grid space, each of those storage technologies can be complementary, serving different applications and enabling different durations. EIT InnoEnergy is supporting a number of large lithium-ion battery manufacturing plants as well, including startup Verkor and Northvolt, between them accounting for some planned 110GWh of factories in Europe.

On a related note, Redflow said earlier this month that it will add virtual power plant capabilities to its flow batteries. The company has partnered with energy management system (EMS) provider CarbonTRACK. Customers will be able to manage and optimise the use of their Redflow units with CarbonTRACK’s intelligent control algorithms.

The pair are initially looking at opportunities presented by the South African market, where the unreliability of electricity supply means customers with large residential, commercial or off-grid sites could benefit from the technology combination. CarbonTRACK’s EMS can enable various applications including demand response, frequency regulation, virtual trading and grid resiliency and Redflow said the heavy cycling and frequent dispatch capabilities of its flow batteries would be an “excellent partner” to deliver maximum benefit from the EMS.

Redflow has recently signed a repeat deal to supply flow batteries to a telecoms provider in New Zealand and has also sold systems into the South Africa telecoms market, while also talking up their capabilities at giving rural residential dwellers a degree of energy independence and security in its Australian homeland.

Read a technical article on redox flow batteries, first published in our journal PV Tech Power, from a team of experts from CENELEST, a joint research venture between the Fraunhofer Institute for Chemical Technologies and the University of New South Wales: 'Redox flow batteries for renewable energy storage,' here.