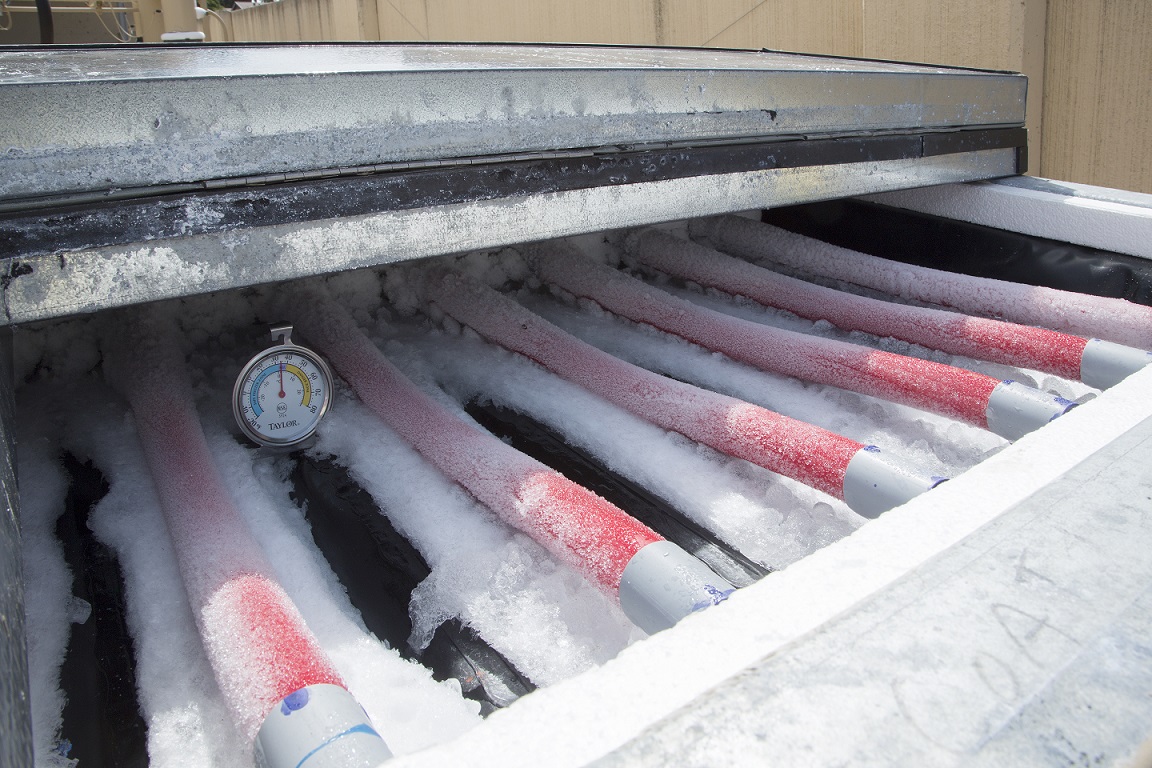 Axiom Exergy, a US manufacturer of energy storage units that use stored energy for cooling buildings and produce, has netted close to US$8 million from investors including Shell’s venture capital unit and Tesla battery guru JB Straubel.

Axiom sits alongside the likes of Ice Energy Storage and Viking Cold, also based in the US, who have discovered the intensive use of energy for refrigeration and cooling, if controlled, can give the owners of those units the ability to shift loads and potentially pair them with renewable generation. There are differences between the companies that mean they are not direct rivals – for instance, Viking Cold's thermal energy storage in the low-temperature range is aimed specifically at freezers, Axiom at refrigeration units and Ice Energy's Ice Battery's application focuses mostly on air-conditioning systems.

The company’s ice battery, also referred to as the Refrigeration Battery, can be fitted to existing central refrigeration systems without reprogramming or modification. Its charge cycle can be adjusted so that cooling, using electricity, takes place in off-peak times when power prices are lowest and then providing cooling and refrigeration when the network experiences peaks in demand.

Installed alongside Axiom’s System Integrator (SI) control unit, the ‘batteries’ can lower the cost of energy for the company that chooses to host them, reducing their peak use of electricity. Businesses in the US are levied so-called demand charges, based on their monthly use of power during peak times that can constitute as much as 50% of total electricity bill costs.

Targeting grocery stores, Axiom has already partnered with US retailers Walmart and Whole Foods to test the technology. Walmart procured some Axiom units for a field demonstration in 2016. According to the company, grocery stores spend up to three times more on energy than other retailers, with refrigeration a significant portion – sometimes more than half – of those costs. Axiom claims the batteries can reduce peak demand by as much as 40%.

The latest investors, who between them have put US$7.6 million into the company through a Series A funding round along with Tesla CTO JB Straubel, are Shell Ventures, investing as part of a US$2 billion clean energy investment strategy over 20 years and GXP Investments, the holding company which owns utility Kansas City Light & Power. According to Axiom, the latter group is investing in the technology as part of its strategy to move towards energy storage and other distributed energy services rather than making its money from selling energy by the kilowatt-hour.

The company’s systems are also in use in the Brooklyn-Queens Neighbourhood Program for demand management in New York through utility Con Edison. In that real-world example, Axiom claimed 1.5MW to 2MW of ice batteries could provide 6MWh to 8MWh of load shifting capability. Along with the aforementioned Viking Cold and Ice Energy, another cold storage manufacturer, Calmac, was recently acquired by a subsidiary of major US manufacturer Ingersoll Rand late last year. 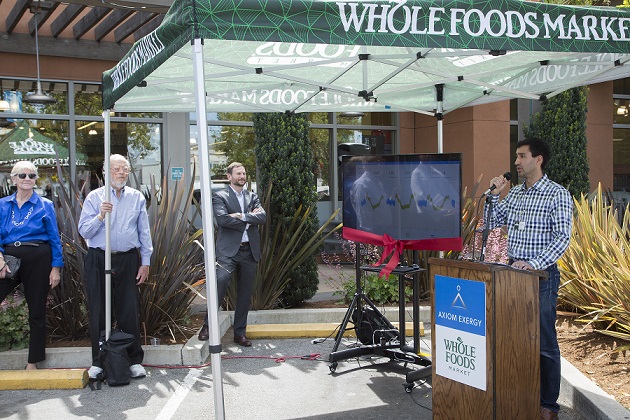 Axiom CEO Amrit Robbins speaks at the ribbon cutting of a project by the company for retailer Whole Foods. Image: Axiom.

In somewhat related news from the other side of the Atlantic, a different type of thermal energy storage – this time hot instead of cold – is being supported by the government of Scotland.

Home Energy Scotland Loan scheme will offer homeowners and private landlords up to £6,000 (US$8146.53) of interest-free loans, for purchases of heat batteries. The decision was applauded by domestic maker Sunamp, which is headquartered near Edinburgh. Sunamp’s devices use phase change materials to convert electrical energy into heat and store it cost-effectively, mainly for pairing with domestic boilers and heating systems. In total, households can receive up to £38,500 each for a range of energy efficiency improvements, connections to district heating, home renewable energy and energy storage systems.

This article has been amended from its original form to clarify the differences in application and market segment targeted by the various providers of low-temperature thermal energy storage.