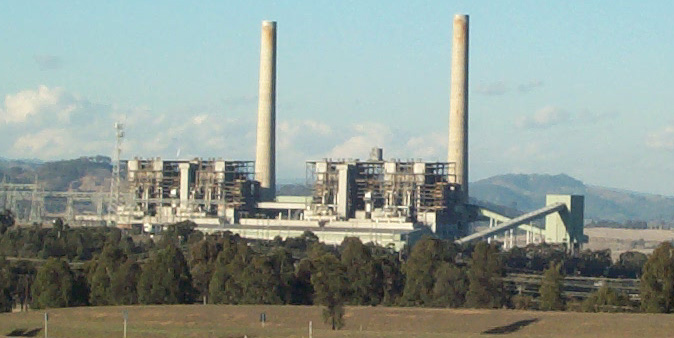 In March this year Gore Street Energy Storage Fund said it was seeking to raise the sum to invest in a diversified portfolio of utility-scale energy storage projects in the UK, North America and Western Europe.

However this target was drastically cut within an updated and supplementary prospectus last month that revealed the company was now targeting just £35 million.

And despite securing £14 million from NEC Energy Solutions and Nippon Koei – on top of £2.4 million from Gore Street Capital directors and affiliates – the fund raise only managed to find a further £14.2 million, taking the total proceeds to £30.6 million. Net proceeds of the issue are expected to be around £30 million.

Liddell, an Australian coal-fired power station currently at the centre of a storm over its future, could be part-replaced by a large-scale pumped hydro energy storage facility, according to reports in local media.

The power plant, in Muswellbrook, New South Wales, is scheduled for retirement by 2022 and earlier this month it was reported by national broadcaster ABC that the facility is allowed to emit three times higher concentration of nitrogen oxide than is accepted as global best practice.

AGL, Australia’s biggest utility, owns the plant and recently rejected a plan by energy generator and retailer Alinta to buy it. The Sydney Morning Herald newspaper and others reported that media group Fairfax Media received a statement from AGL that the utility is “investigating the feasibility of establishing a pumped hydro project in the Upper-Hunter. Bringing energy storage of this kind to the market puts downward pressure on power prices,” the statement read.

AGL and Japanese group Idemitsu are apparently now investigating the feasibility of a pumped hydro facility, one of three potential plans or projects by AGL to mitigate the closure of the 2GW Liddell facility.

While Australia has garnered the attention of the international renewable energy industry for its recent commitment to large-scale solar and wind paired with advanced lithium batteries, there has also been discussion of the potential for new pumped hydro sites to help integrate renewables and add resilience to the grid. In February, Tilt Renewables “entered the planning approval phase” for a 300MW / 1350MWh pumped hydro plant at a decommissioned quarry near Adelaide, while in 2017, studies by Australian National University and the Australian Renewable Energy Agency (ARENA) identified more than 20,000 potential sites for such projects in the country.

Software vendor QOS’ cloud-based monitoring and analytics platforms will be added to DHYBRID’s SCADA and controls technologies, making sure that hybrid and off-grid power plants are performing as they should be. This includes QOS’ cloud-based renewable energy management system Quantum. The data collected is converted into analytics to enable all industry stakeholders to improve the operational process. It also includes integrated maintenance management.

Projects will be based around DHYBRID’s Universal Power Platform (UPP) modular energy management system (EMS) and smart grid controls. DHYBRID focuses on reducing reliance on diesel generation in off-grid or remote areas and has delivered projects in Africa, the Caribbean, Asia and the Middle East. These utilise various configurations of power sources, including projects that pair PV with diesel, PV with grid and PV and diesel with battery energy storage.