Redflow has reported a significant rise in revenues from its zinc-bromide flow batteries but the Australian company noted that it expects to remain “cash-flow negative for some time”.

However it registered a post-income tax loss of AU$6.5 million — an increase on a AU$2.9 million loss for the first half of the year — and noted that it will need additional working capital during this year. It did however raise a total AU$10.8 million for growth initiatives including money from institutional investors.

Redflow said much of the increased loss could be attributed to higher raw materials and consumables costs, which stood at AU$2,226,725 for the half-year, while other big expenses included more than AU$3.6 million for payroll expenses and AU$477,882 for administrative expenses.

The company completed its single biggest deployment to date recently, a 2MWh project at a bioenergy plant in California as it seeks to continue its international expansion. Earlier in the year, the company, which has largely focused on the medium-sized commercial and large off-grid market to date, launched Energy Pod Z, the larger-scale format battery energy storage system (BESS) it would package up its units into for the project and other larger deployments in future.

Redflow CEO and managing director Tim Harris said the project will serve as a reference installation for growth in the US and other global markets.

“Given the substantial opportunities for us to leverage the accelerating demand for energy storage, we have been focused on building additional capabilities, such as our safety credentials, and made selected capital investments to deliver on the large market opportunity,” Harris said.

The California project, for bioenergy generator Anaergia, has generated significant interest in the zinc-bromide flow battery technology. Redflow has claimed interest from a “large listed US corporate” which approved it as a supplier of flow batteries, while Singapore venture capital fund FUND4SE assisted with the manufacturer’s US activities, investing AU$500,000 in shares and options and offering other support.

Its next generation Gen3 battery is on track for launch in the fourth quarter of Redflow’s 2022 financial year, although pandemic impacts on the company’s manufacturing operations, based in Thailand, included staff absences and COVID-19 infections as well as materials supply delays.

Gen3 will be improved from previous models in terms of stack technology, electrolyte tank architecture, improved cooling and a new electronics control system that it is claimed will enable a 30% cost reduction.

Redflow said 2GWh of energy has passed through the systems it has sold into the market to date and it completed a delivery of battery systems for supporting mobile networks in Australia for telecoms provider Optus in a government-supported programme.

The flow battery maker is also one of the members of the international CEO-led Long Duration Energy Storage Council, which was recently joined by Microsoft and Google. 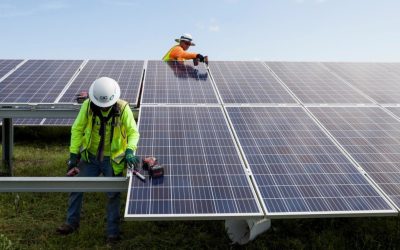