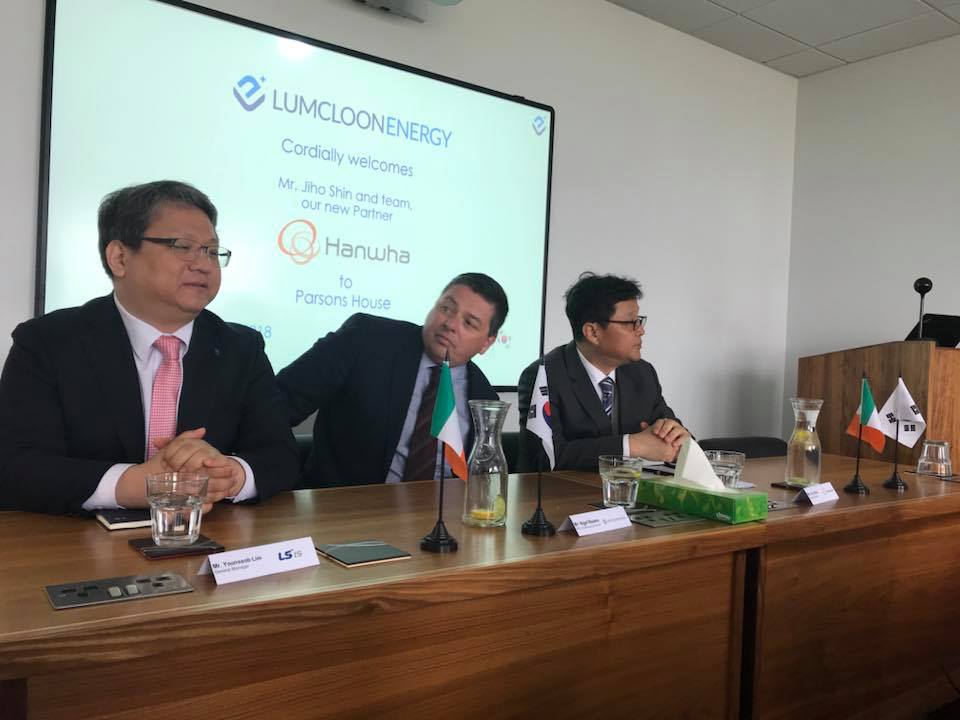 A partnership between a local developer and South Korea’s Hanwha Group could bring two 100MW battery energy storage projects to the Midlands of Ireland, the developer, Lumcloon Energy, has confirmed.

A signing ceremony was held on Monday in Tullamore, County Offaly, where Hanwha Energy Corporation and Lumcloon sealed an agreement, with local politician Marcella Corcoran Kennedy among those in attendance.

Lumcloon, a locally headquartered company fronted by Nigel Reams, a local entrepreneur with a background in engineering projects for the energy industry, said the partnership would develop two 100MW projects in Lumcloon – the ‘townland’ the company is named after – and Shannonbridge. The pair will work with LSIS, a South Korean supplier of smart power solutions in transmission, distribution and automation including switchgear and smart grids.

Yesterday, a Lumcloon representative confirmed to Energy-Storage.News that the 200MW of battery systems would be for “frequency response”, helping to balance the grid through matching supply with demand to maintain reliable operation of the network. Timelines were not given for development or commissioning of either project as yet. Ireland’s reliance on variable renewable energy is growing, while network operator EirGrid is planning a 300MW flexibility services tender process.

The projects would involve €150 million (US$182.64 million) combined investment, Lumcloon said, creating 240 jobs in total during construction and 10 subsequent to the systems going into operation. The company did not give details of the technology being proposed, besides that it would be “based on state-of-the-art battery storage technology”.

“Together with our partners, Hanwha and a second Korean company LSIS, this project complements the grid in overcoming the challenges being faced by operating with wind power as we increase our reliance and dependency on renewables.”

Local politicians including Kennedy raced to welcome the news:

“This is a hugely exciting development for Lumcloon Energy and for the west Offaly area. This investment of over €150 million will generate 120 jobs during construction phase and 10 highly skilled jobs on completion,” Kennedy posted on Facebook.

“These battery storage systems represent a great opportunity to reach our emission reduction targets. It will also result in significant investment in both Lumcloon and Shannonbridge. There is potential to create a new industry in Offaly with exportation potential. This will result in more jobs for the Midlands and have a knock on effect for local communities.” 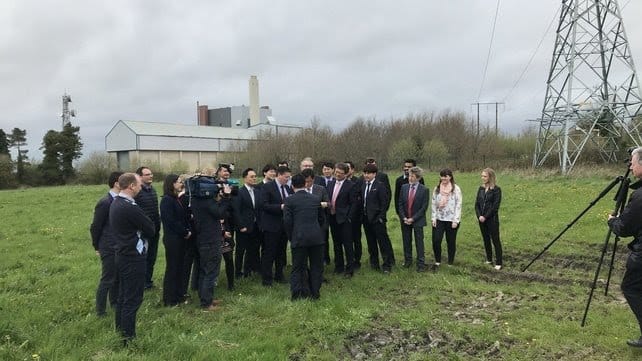