General Motors (GM) is partnering with one of California’s main investor-owned utilities (IOUs) to explore the potential of vehicle-to-grid and vehicle-to-home battery integration.

They will investigate the feasibility of integrating bi-directional electric vehicles (EVs) to act as an energy resource for the grid. That includes looking at the various considerations for hardware, software, processes and construction required to enable vehicle-to-grid (V2G), where energy stored in vehicles can be leveraged for the network.

General Motors and SDG&E will look into three different capabilities of vehicle integration: V2G, vehicle-to-home (V2H) and virtual power plants (VPPs). They want to create best practice guides for customers, develop systems that will allow utilities and vehicle manufacturers to leverage aggregated fleets of vehicle batteries, and explore the use of bi-directional EVs in resilient microgrids.

The collaboration comes amid a wave of exploratory and pilot activity in the vehicle-to-x sector. Pacific Gas & Electric (PG&E), another of California’s IOUs, recently established the US’ first dynamic export mechanism for commercial vehicle V2G charging.

With California a rapid early adopter of EVs, PG&E claimed its service area accounts for one in six EVs in the entire country, with about 420,000 on the roads. The state has also banned the sale of new internal combustion engine (ICE) cars by 2035.

The utility behind that microgrid project, Snohomish County PUD, is using Nissan Leaf EVs, which at present is the only widely used consumer EV in the US market with bi-directional capabilities enabled.

V2G could become a powerful resource. US residential solar and storage provider Sunrun launched a partnership with Ford earlier this year, through which Sunrun’s EV bi-directional charging equipment can be used with the carmaker’s new all-electric F150 truck.

At the moment, the Sunrun-Ford tie-up only covers V2H, so that homeowners can use the truck’s battery – 130kWh in the long-range model – for backup power if the grid goes down. However, the pair have made it V2G-ready too.

In an interview published yesterday, Sunrun policy and markets VP Chris Rauscher highlighted that during California’s September heatwaves, about 2,000MW of demand response and distributed energy resources (DERs) were called upon to balance the grid’s mismatch between supply and demand.

“We’ve done the modelling that shows that’s only 200,000 F150 Lightnings that could have provided that. It sounds like a lot, but Ford sold 125,000 internal combustion F150s last year in Texas alone,” Rauscher said.

“They sold around 850,000 nationwide, so it’s really not that many trucks that would have been able to keep the California grid up, and those trucks could have done that for 13 hours.”

A few days ago, V2G technology specialist The Mobility House closed a US$50 million funding round. The Germany-headquartered company is active in various markets and in August said that it would be trading 100MW of V2G power on European electricity spot markets. Also in Europe, a subsidiary of Volkswagen recently formed a V2G partnership with transmission system operator Elia Group, in Germany. 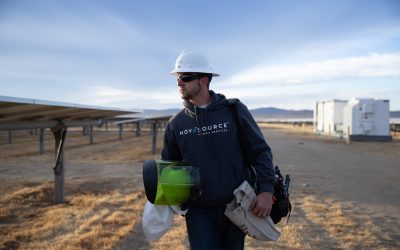