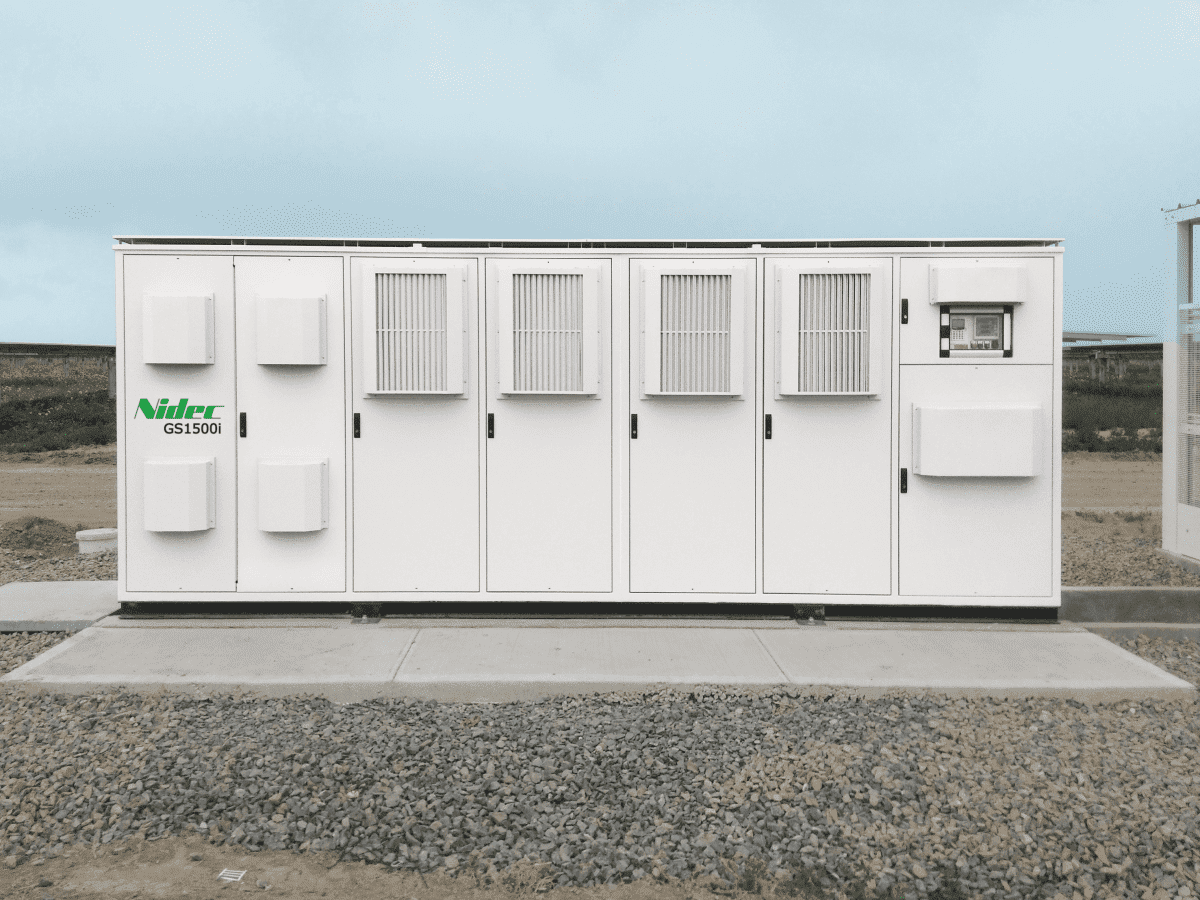 A grid-scale battery energy storage system (BESS) has come online in northeastern France, which will be used by the national transmission grid operator RTE to assess the role of automated electricity storage in managing power flows.

Technology provider Nidec Industrial Solutions was among stakeholders selected to participate in what RTE dubbed “Ringo,” a project where three battery storage systems are being deployed at strategic locations in mainland France.

Each BESS will be used to store and deliver surplus renewable energy to local electricity networks, helping to alleviate grid congestion, particularly at times of peak demand. Not only could it increase the amount of renewable energy that is usable, it could also reduce the need for thermal power plants to balance the system.

RTE has described Ringo as “piloting a system of software-controlled batteries,” helping to absorb excess local renewable energy that can be released as needed elsewhere on the transmission system. As of 2019, about 23% of metropolitan France’s electricity consumption was covered by renewable energy and the nation needs to go much further, in line with European Union carbon neutrality goals, which call for net zero by 2050.

If the so-called “experiment” is successful, it could also help the network operator — which is a regulated monopoly serving the whole country — save big sums of money, which it would otherwise have to invest in power lines and other infrastructure. The three-system rollout is being funded through an €80 million (US$94.24 million) investment from France’s Energy Regulatory Commission (CRE).

Nidec said that its project, a BESS with 12MW rated output and 24MWh capacity, was inaugurated on 2 July, announcing the news in a press release sent to media outlets including Energy-Storage.news late last week. The system is located in Vingeanne-Jalancourt, which is in the northeastern Côte-d'Or department of France.

The system will be controlled remotely, with data collected in real-time, and automating the performance of the battery on the grid using algorithms that optimise its charge and dispatch. The BESS uses high density nickel manganese cobalt (NMC) lithium-ion batteries. RTE noted in a tweet that Ringo is the “first worldwide experiment in the automated management of a large-scale battery network”.

The Project Ringo contracts were awarded to Nidec ASI, to Total’s battery storage subsidiary Saft in partnership with Schneider Electric and to a consortium led by battery tech company Blue Solutions in late 2019. Nidec said that its Vingeanne-Jalancourt BESS’ construction began in January 2020 and was completed on schedule.

The projects’ efficacy at playing their intended role will be assessed for a period of three years, after which time they can be used in various market opportunities, which could include the new automated frequency restoration reserve (aFRR) ancillary service market that is being rolled out across Europe in the next few years.

‘A new way to transport electricity’

In March 2020, Energy-Storage.news heard from energy storage industry expert Corentin Baschet at consultancy Clean Horizon that RTE is essentially seeing if batteries can act like “virtual transmission lines,” allowing batteries to provide “transmission constraint management, or congestion management at transmission system level”. With the rated output of the three systems totalling 32MW of two or three-hour battery systems, RTE is seeing what role can be played at a fairly small scale, by transmission operator standards.

“It’s a new way for them to transport electricity virtually, because if you charge a battery at one point and discharge at another it’s just like you’re transporting electricity,” Baschet said.

“The experiment we have launched today with RTE is a fundamental step towards achieving a zero-emissions society by 2050, a goal Europe is committed to reaching,” CEO of Nidec’s battery storage arm Nidec ASI and chairman of Nidec Industrial Solutions, Dominique Llonch, said.

“To achieve this, more electricity will have to be produced which is why it will be necessary to improve energy management by modulating production and consumption. Ringo will allow us to acquire the knowledge and experience needed to overcome this challenge. We are proud that RTE has chosen us as a partner in this highly innovative project.”

Nidec Industrial Solutions has installed around 1GWh of BESS worldwide, including the first megawatt-scale solution in France, on the island of Corsica, installed in 2013.