Energy storage industry executives have urged US legislators to swiftly reach a consensus on the Build Back Better Act, with a strong emphasis on introducing the investment tax credit (ITC) for standalone storage.

Two letters have been sent, one addressed to the White House and the other to Congressional leaders, from a long list of CEOs, presidents and other executives representing manufacturers, developers, financiers and system integrators.

They described the legislation as being “essential for growing American manufacturing jobs, ensuring the health and well-being of American families, strengthening our nation’s infrastructure and transportation systems, and for meeting our energy and climate goals”.

The reconciliation bill that Congress is currently shaping offers a once-in-a-generation opportunity to address issues like consumer affordability, access to energy and the security and reliability of energy, the letters argued.

The ITC has supercharged the US solar PV market in the past few years, lowering the cost of capital by around a third and making it a significantly more investable technology. For energy storage however, the ITC only applies if solar and storage are installed together simultaneously and the storage system is charged directly from the solar generation onsite. This has been a powerful imperative for solar-plus-storage in the US, but could lead to a distortive impact on the country’s grid getting the right resources where it needs them.

A standalone energy storage ITC has long been advocated for. Analysis from Wood Mackenzie Power & Renewables has forecast it could lead to a 20% uplift in deployments. It has been included in Build Back Better, along with a direct-pay option which makes it quicker and easier to realise the tax benefits.

However, as has long been documented, despite the legislation enjoying rare bipartisan support among US politicians, West Virginia Senator Joe Manchin, a Democrat, has refused to give it his approval and the bill’s progress has stalled.

The Infrastructure Investment and Jobs Act (IIJA) which was passed last year with bipartisan support, was warmly welcomed by the industry for the way it could advance manufacturing and stimulate the supply side, but in doing so many pointed out that from the demand side, there would be few better stimulus policies than the direct-pay ITC.

The letter’s signees urged for the continued advancement of energy tax provisions and the associated direct pay provisions including in both the House and Senate versions of the Act.

“The direct pay provisions are a crucial part of creating a level playing field for companies of all sizes to compete and they address capital constraints that currently exist in the Investment Tax Credit (ITC) market,” the letters said.

“Availability of these provisions directly contributes to the ability of the renewable energy sector to continue to grow, scale and meet demand.”

Energy storage technologies are a pivotal part of the US’ “grid resiliency, grid security and net-zero goals,” they wrote, arguing that certainty in tax provisions allows companies to keep developing energy and climate solutions “at scale and to build a diverse and reliable energy portfolio to support residential, commercial, and public sector entities…”.

“…That’s why it is imperative to pass these provisions now so developers and manufacturers can scale in time to contribute to sound grid infrastructure and to help meet US climate goals for 2035 and beyond.” 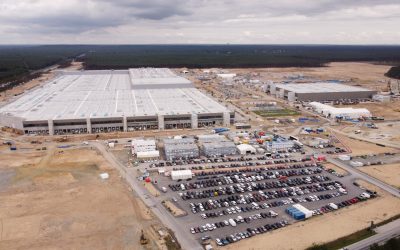 March 24, 2022
Four winners have been selected to receive financial incentives from India’s government, to support plans to build 50GWh annual manufacturing capacity of advanced batteries for EVs and ESS. 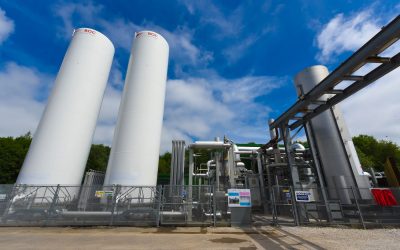