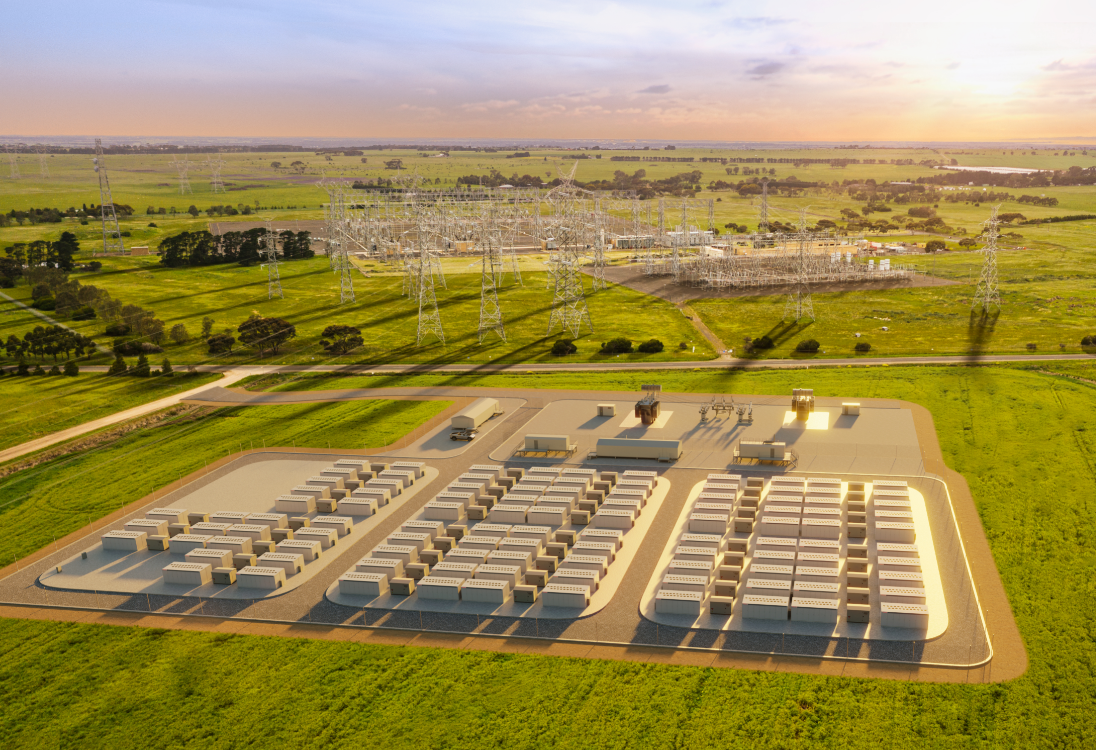 An artist’s impression of the VBB storage project set to come online in Victoria later this year. Image: Neoen

Acting on behalf of the Australian government, CEFC will fund the construction, design and operation of the Neoen 300MW / 450MWh Victorian Big Battery (VBB), set to be among the largest energy storage facilities in the world, through a senior debt facility. The project will also be funded by Neoen equity.

The VBB joins a growing number of battery energy storage projects that have secured debt financing on their construction in recent months. US utility-scale developer Key Capture Energy secured US$93.3 million debt financing for a portfolio of six projects in Texas at the start of February, while independent power producer sPower also landed US$152.4 million for a 100MW / 400MWh project in California.

This latest project in Australia is already under construction and is due to come online later this year. It is also expected to free up an additional 250MW of peak capacity on the existing Victoria to New South Wales Interconnector grid, according to a statement from the Minister for Energy and Emissions Reduction, Angus Taylor, who added that the system could save industrial consumers roughly AU$280,000 per year on electricity bills.

Ian Learmonth, chief executive of CEFC, said that energy storage is a “key component” of the nation’s power transition, and the VBB project will improve grid security by providing extra capacity during peak summer months.

“It will also contribute to the dispatchable resources needed to underpin the increasing share of renewable energy that will make up Australia’s future energy mix,” he said.

Neoen’s VBB project will be powered with Tesla Megapack batteries. The two companies had previously partnered on the Hornsdale Power Reserve (150MW / 194MWh) project in South Australia. CEFC then committed AU$50 million in 2019 in order to aid its expansion, marking the first project financing of a stand-alone grid-scale battery storage system in Australia.

It follows a new wave of large-scale energy storage projects coming to light across Australia, including the 1,000MWh Great Western Battery Neoen proposed building in New South Wales last month. Others include a 700MW battery system from electricity generator and retailer Origin Energy and a project pipeline totalling 850MW from utility AGL. Such systems are also starting to prove themselves as valuable to the country’s energy network. A report published last September indicated that two large-scale battery energy storage systems in Victoria either met or exceeded performance expectations in their first year of operation.

The CEFC loan was agreed as Victoria lawmakers have started to implement more concrete renewable energy targets over the past four months. This week, the Victorian State Government revealed more details on a plan to establish six Renewable Energy Zones (REZs) across the state, which would include establishing its own grid and an authority to oversee the REZ’s development and operations.