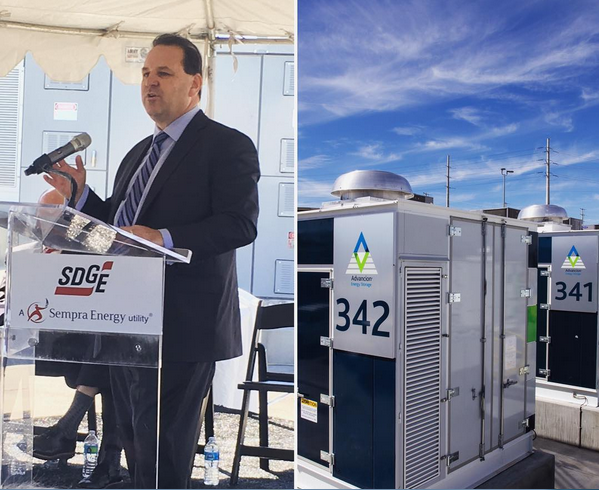 San Diego Gas & Electric (SDG&E), one of California’s three main investor-owned utilities (IOUs), said this week that it will add resilience and backup capabilities to public sector buildings through the procurement of “up to 166MW” of energy storage.

According to a proposal submitted by the utility to regulator California Public Utilities Commission (CPUC), public sector buildings that serve as emergency facilities during emergency situations, providing safety and security in earthquakes, forest fires and other potential disasters, would be supported by seven energy storage projects.

Fire stations, police stations, evacuation sites and emergency operation centres would host the systems. It appears all seven projects have been proposed and to some extent developed already, with their installation planned in phases leading up to completion by 2024.

The utility is also including in the procurement drive a means for nonprofit care facilities to receive incentives to purchase energy storage systems. The Energy Storage Customer Program Pilot, as it will be known, will enable care homes of various types to receive cash sums towards funding system purchases. Currently, California also has in place the statewide SGIP (Self-generation Incentive Program) which offers residential and business customers incentives on purchases of storage systems, but only if deployed in combination with solar PV.

SDG&E said the filing of the proposal is in line with the terms of California legislature Assembly Bill 2868, which was brought into law by CPUC in late 2016. It instructs the state’s investor-owned utilities, bound by another rule, AB2514, to put in place plans to deploy between them 1.35GW of energy storage in their service areas by 2020, to “file applications for programs and investments to accelerate widespread deployment of distributed energy storage systems”. SDG&E said it expects to deploy more than 330MW of energy storage by 2030.

Crucially, AB2868 requires the PUC to prioritise programmes and investments “that provide distributed energy storage systems to public sector and low-income customers”. Failure to comply with this aspect of the legislature constitutes a crime, the bill reads, making AB2868 a “state-mandated local programme”.

In late December 2017, another of the California IOUs, Pacific Gas & Electric (PG&E), announced a similarly-sized procurement, 165MW across six projects. Unlike SDG&E's latest procurement, PG&E's was intended for each project to address at least one of the following three issues: optimisation of the grid, integration of renewable energy and greenhouse gas reduction. In April last year, SDG&E also signed contracts for 83.5MW of four-hour duration energy storage to provide capacity by 2021, while in February it opened what was at the time the world's biggest lithium battery energy storage system, a 30MW/120MWh project in Escondido.