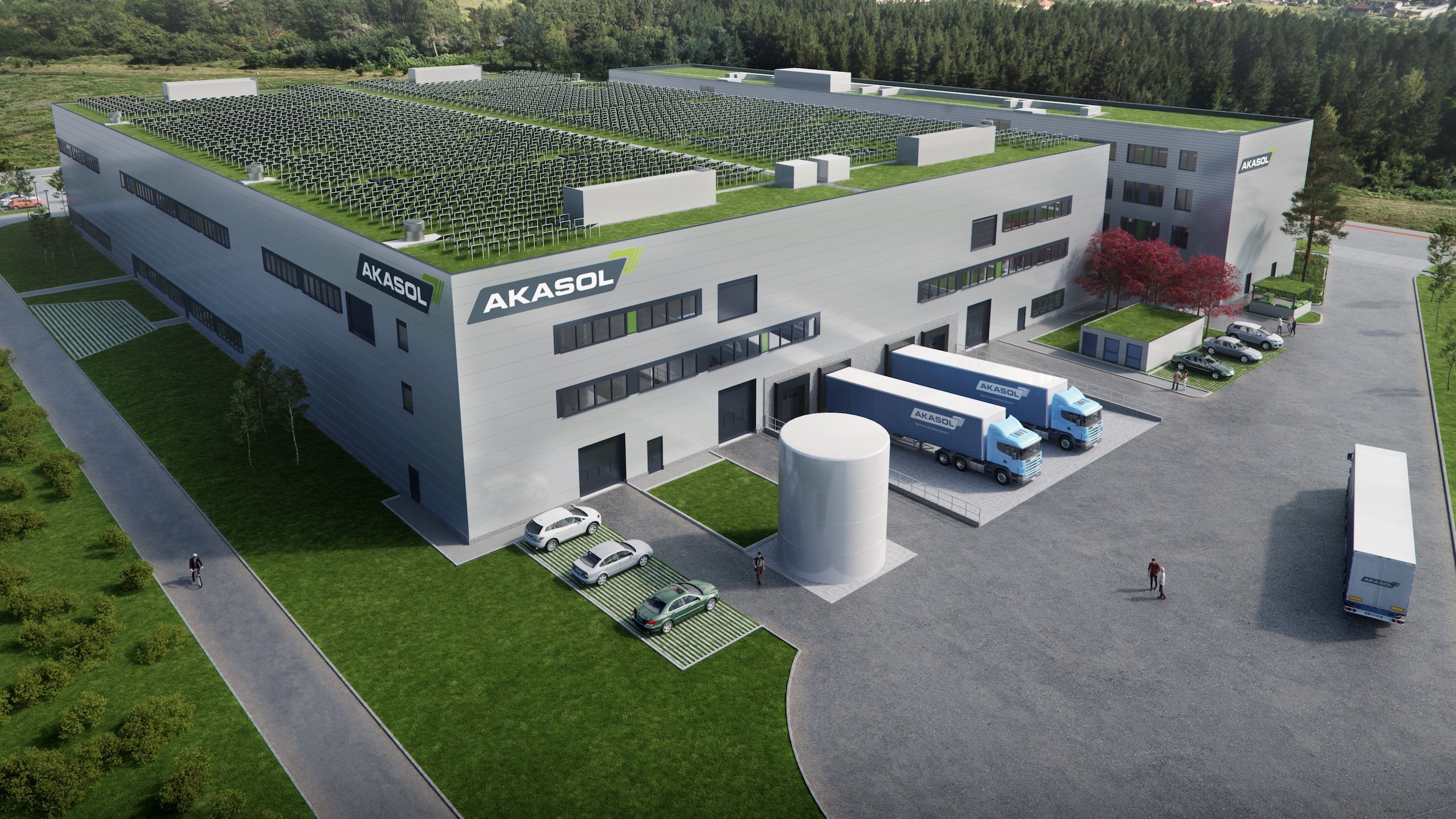 AKASOL campus at Darmstadt. The company said its first gigafactory will have up to 5GWh production capacity. Image: AKASOL.

Manz AG, manufacturing equipment supplier, has signed off on a €20 million (US$21.83 million) deal with “high performance” battery maker AKASOL for planned ‘gigafactories’ in Germany and in the US.

Manz supplies industries including solar panel and lithium battery manufacturers and is likely well known to readers of our sister site PV Tech. AKASOL said it has ordered “fully automated production lines” from Manz, with delivery of the first production lines expected before the end of this year.

Meanwhile, Manz said that the deal worth €20 million in total is split across several tranches. The first tranche is worth €8 million and is for a module production line at AKASOL’s Gigafactory 1 in Darmstadt, Germany. That facility is currently under construction.

AKASOL said the devices will be used in buses and other commercial vehicles. The lithium-ion battery maker said it received an order for the supply of “ultra-high-energy battery systems in the high three-digit million Euro range”. While the size and cost of that order was not revealed, AKASOL CEO Sven Schulz did say that the Darmstadt Gigafactory 1 has a planned production capacity of “up to 5GWh”.

It’s the latest high profile announcement of battery production facilities at massive scale in Europe, although others have focused on stationary energy storage as well as e-mobility applications. Other obvious contenders include Tesla, which is establishing Giga-Berlin, while Emad Zand, business development head at Sweden-headquartered Northvolt told Energy-Storage.news in an interview to be published in the coming days that as much as 25% of output from its planned European facilities could service the energy storage system (ESS) space.

Across the Atlantic, KORE Power CEO Lindsay Gorrill blogged for Energy-Storage.news this week on his company’s hopes to build a 10GWh battery, rack and system factory serving the commercial and industrial (C&I) energy storage segment in the US.