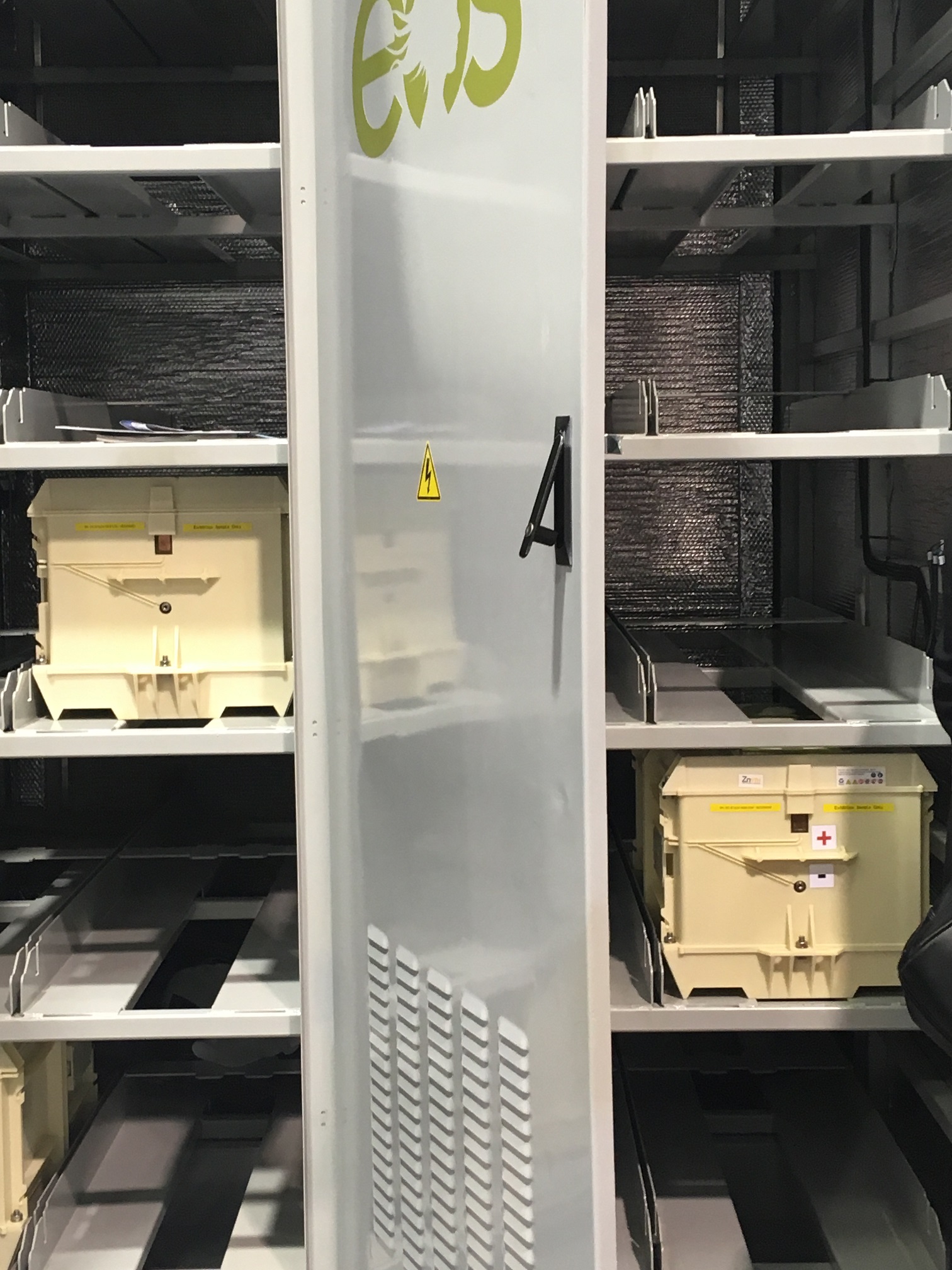 Eos Energy Enterprises, the NASDAQ-listed designer and manufacturer of energy storage systems based on the company’s aqueous zinc battery technology, has announced three large-scale projects in the US and India.

While the company did not give full details including sizing and capacity of each project, it did name the customers as being US renewables, natural gas and battery storage project developer Hecate Energy for a project in Texas, solar energy independent power producer (IPP) Azure Power for a project in India and power engineering consultancy ZGlobal for a project in California.

Eos has said that its long-duration zinc hybrid cathode batteries are best suited to applications that require around 4-8 hour storage and discharge of energy, but can go to higher power and longer run times. Its battery system, called Eos Znyth, can be used for either front-of-the-meter grid storage or behind-the-meter customer-sited applications as well as for off-grid installations. The technology is expected to have a 20-year lifetime even with 100% depth of discharge cycling every day and the company has set up a manufacturing facility in Pittsburgh.

The company was known as Eos Energy Storage until its merger with B Riley Principal Merger Corp, a special purpose acquisition company (SPAC) which brought it into public listing of its stock in November last year. Eos spent much of last year leading into the merger announcing partnerships and agreements with potential customers. In July, Nayo Tropical Technology, an engineering, procurement and construction (EPC) company in West Africa signed up to a partnership with Eos to use the technology at around 25 microgrid sites in the region, beginning with a microgrid in Nigeria. Later in the year Eos announced an agreement to deploy more than 1GWh of projects with Hecate in Colorado, New Mexico and Texas, as well as a touted potential 1.5GWh more agreements with other customers in California and Texas.

Then, in January, the company said it had received a US$20 million order from utility-scale energy storage developer EnerSmart to provide between 90MWh and 180MWh of zinc battery systems to long-duration energy storage projects in California over two years, starting with a 9MWh project worth US$2 million that is expected to be installed in Q4 2021, providing services to the California Independent System Operator (CAISO) grid in the city of El Cajon.

Eos Energy Enterprises said yesterday that the first order from Hecate is now in its order book and said that it will be a project of unspecified size in Texas designed to help support resiliency of the grid. For Azure Power in India, Eos is deploying a battery storage system to provide solar time-shifting. Eos said this builds on a similar previous deployment with another IPP in the country, where its tech was proven to work safely and well in a climate with temperatures as high as 45°C. Finally, the California project with ZGlobal will also be paired with solar.

Eos claimed its order backlog has reached approximately US$30 million in the past six months, with around 107MWh of systems for delivery across more than 20 orders. The company’s chief commercial officer Balki Iyer said that the company’s project pipeline over the next four years stands at a value of about US$3.5 billion. Eos previously said that the Hecate Energy deal in itself could be worth more than US$250 million if the full 1GWh+ of projects happen.

“Texas and California represent key areas of growth for Eos in the US, while India presents great potential for our global expansion plans. We are pleased to secure orders from marquee customers in all of these markets, which we believe validates Eos’s technology solution with top tier mainstream customers to address long duration use cases such as renewable shifting,” Iyer said.

“We continue to see strong sales momentum as the benefits of our technology, including the low cost of ownership, minimal carbon footprint and resilient supply chain, continue to resonate in the market as customers recognise that storage is crucial to saving energy and redefining the grid.”

Another company making energy storage systems based on zinc batteries, Zinc8, announced details of a trial deployment at New York’s University of Buffalo a few days ago. A 100kW / 1MWh system — offering 10 hours of storage — based on  Zinc8’s zinc-air energy storage system (ZESS) technology will be installed at the university in a project that is being supported by the New York Power Authority (NYPA).