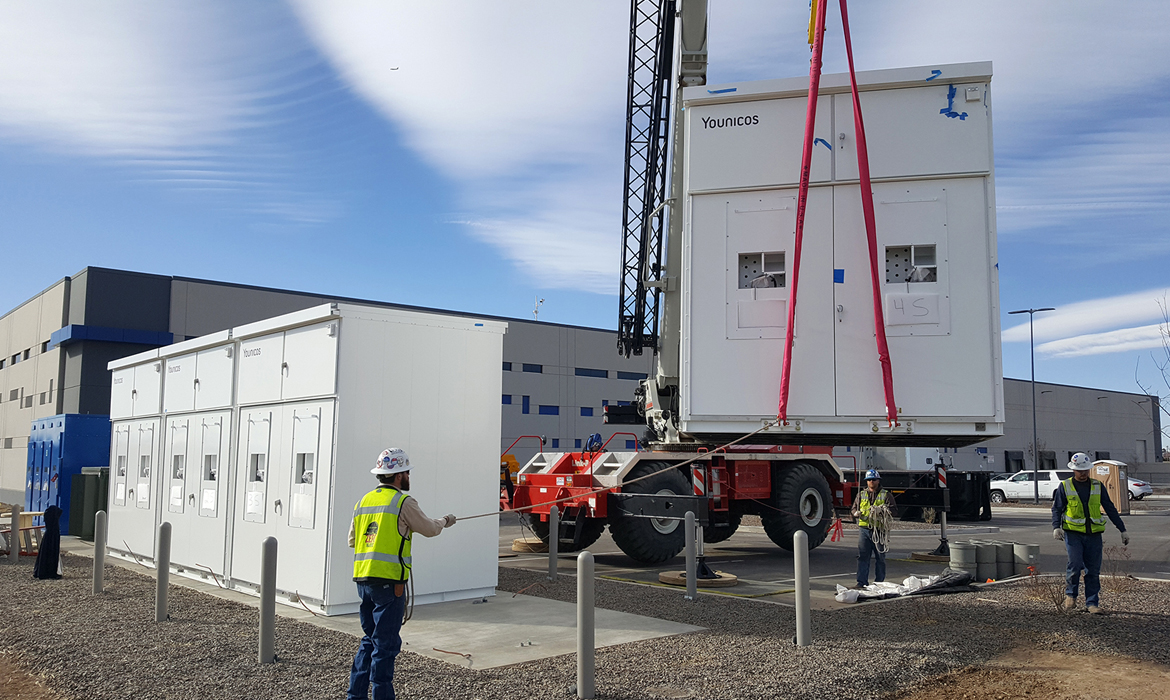 Work has been completed on a 1MW / 2MWh battery energy storage system for a ‘multi-resource microgrid’ in Denver, by Younicos and its project partners, Panasonic and utility Xcel Energy.

Younicos said earlier this week that the lithium-ion battery storage system which the company’s CEO described as having a “hybrid utility-C&I (commercial & industrial) use case,” has been commissioned.

The system is being used to optimise the use of 1.6MW of carport PV and 259kW of rooftop PV at the Peña Station NEXT, a sustainable development in Denver, Colorado. In a statement, Younicos CEO Stephen L Prince said the project will provide “energy security, resiliency, and financial returns from stacked grid services”. The project's energy storage is connected to Xcel Energy's transmission feeder lines.

“The collaboration with Panasonic on this microgrid project has been seamless and productive, resulting in a state-of-the-art microgrid that will anchor this development,” Prince said.

As originally announced in November, the installation uses four of Younicos’ own Y.Cube plug-and-play energy storage hardware units, which includes power conversion system and DC battery block. In addition to allowing for better integration of the PV, it will provide services including peak demand reduction – a C&I use case – and frequency regulation, a front-of-meter ancillary grid service. It also performs energy arbitrage tasks, charging the battery when prices are low and discharging when prices are high in response to automated price signals. In all the battery system is used for five stacked use cases.

The microgrid system’s load is ‘anchored’ at a Panasonic operations hub building onsite which has a built-in intelligent energy management system. Panasonic’s subsidiary Pansonic CityNOW is developing many of the Peña Station NEXT facilities.

In addition to being a manufacturer of many energy and clean tech products from solar panels to its own lithium-ion batteries (including in conjunction with Tesla at the Gigafactory) the Japanese company is known in its home country for developing Fujisawa Smart Town, a sustainable housing development consisting of smart homes that combine energy efficiency, solar PV and batteries. Panasonic’s work on Peña Station NEXT is set to build on lessons learned from that project.

Panasonic, Younicos and Excel Energy have produced a whitepaper on the Peña Station NEXT project which can be downloaded here. 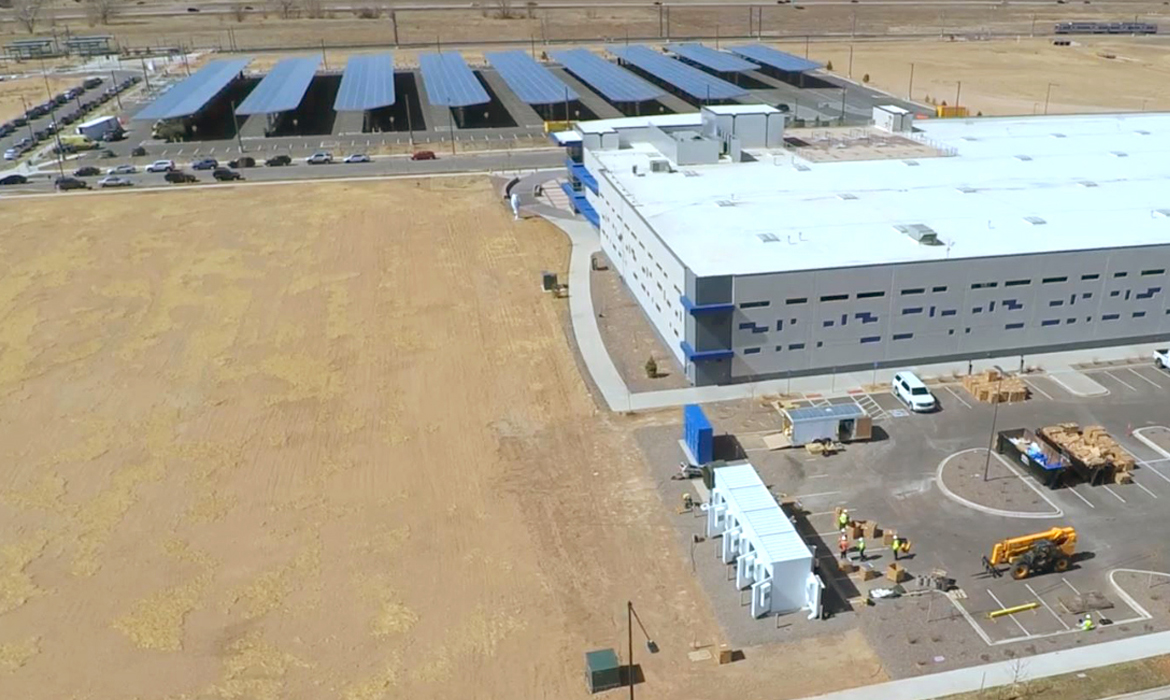