Wood Mackenzie: US & China to be installing over half of global ESS by 2024 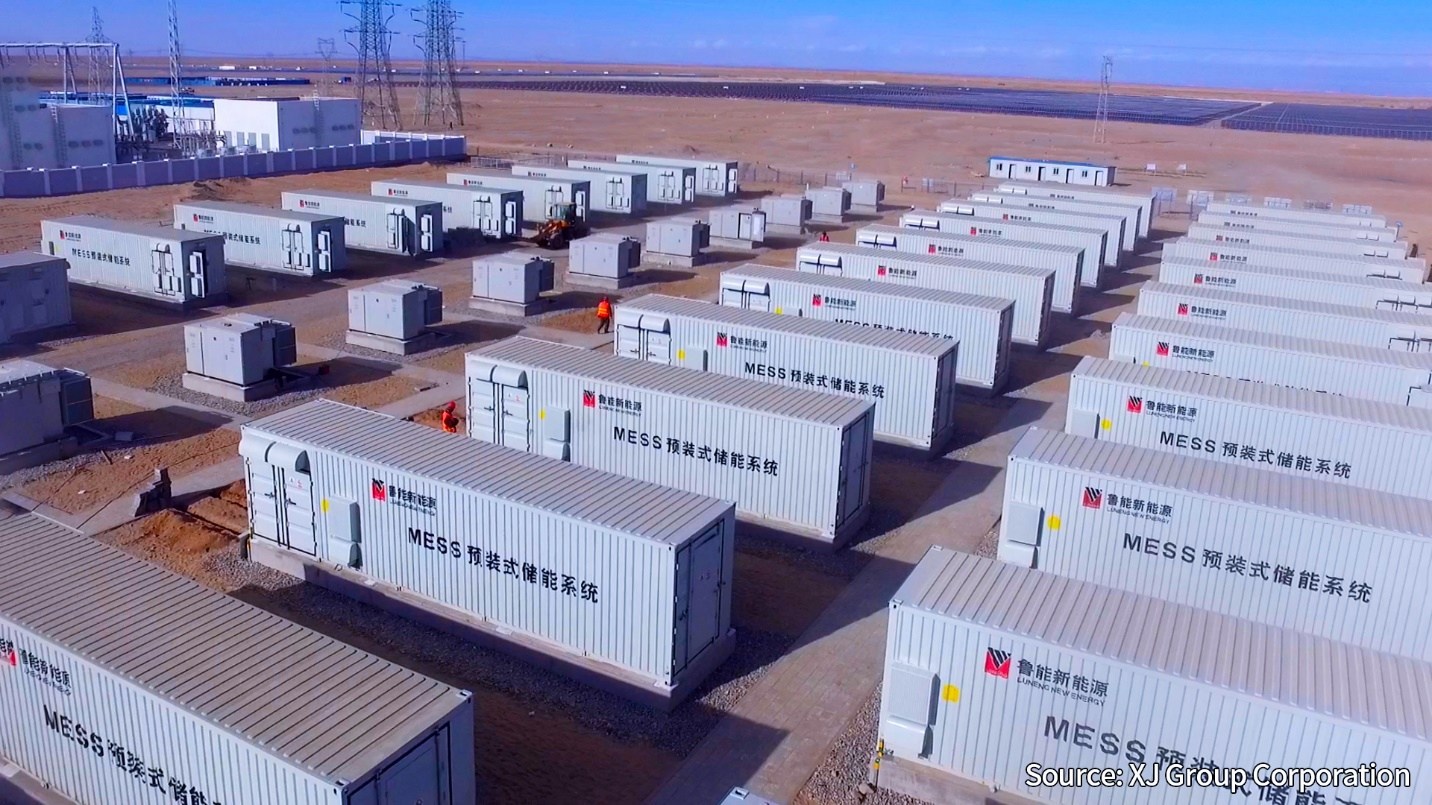 China (pictured) and the US will be deploying more than half of the world’s energy storage into the mid-2020s, Wood Mackenzie analysts predict. Image: CATL.

Grid-connected energy storage deployments have enjoyed a compound annual growth rate (CAGR) of 74% worldwide in the years 2013 to 2018, with a “boom” in deployment figures expected over the next five years, analysis firm Wood Mackenzie has said.

The five years up to 2018 saw energy storage “creeping into decarbonising markets”. Despite rapid growth in some territories which lead to that high rate of annual growth in deployments, the total deployment worldwide in that period was “relatively small”, Wood Mackenzie analyst Ravi Manghani said, representing 7GW / 12GWh.

Last year saw a real burst of activity, with 140% deployment increase year-on-year from 2017, meaning that 6GWh was installed in 2018 alone. With the US and China set to dominate with over 54% of the market by 2024 shared between them, Wood Mackenzie now predicts that while CAGR will slow to 38%, by 2024, global deployments will reach 63GW / 158GWh.

The analysis firm was this time last year known as GTM Research and has now been rebranded into the fold of its new owners as Wood Mackenzie Power and Renewables. In April 2018, Energy-Storage.news reported the firm’s team as forecasting an annual global market of 21.6GWh by 2022, so the latest forecast appears to raise that trajectory a little bit each year into the future.

The report claims front-of-meter (FTM) energy storage will likely be the biggest segment of the global market. This is despite the growth of residential and commercial and industrial (C&I) segments in more mature markets such as the US. For instance, Wood Mackenzie found in a recent US report that residential deployments quadrupled in 2018.

The historical pattern appears to be that energy storage often enters new territories via FTM projects for the grid for short duration, ancillary services markets first, due to their high economic value and easily demonstrable benefits in balancing the grid and decarbonising.

Worldwide, Wood Mackenzie has predicted that this pattern will continue, but also the FTM segment is growing to embrace longer durations of energy storage and more applications that involve pairing energy storage with renewables. Use cases for large energy storage systems are likely to include diesel and other imported fossil fuel replacements as well as replacing combined cycle gas turbines used to provide peak power.

“We expect renewables-plus projects to become a popular trend through 2024. This is especially true for solar-plus-storage projects, as the requirement for clean and dispatchable renewables is widely accepted,” Rory McCarthy, another analyst at Wood Mackenzie, said.

Excluding pumped hydro, but including all other forms of electrochemical and electromechanical energy storage, the Wood Mackenzie team believes US$14 billion will be invested in energy storage worldwide in 2024, in a cumulative global market worth US$71 billion in total system capital expenditure (Capex).

Residential energy storage meanwhile continues to grow fastest in those markets where subsidies are beginning to be curtailed or have already been cut, with Germany, Australia and Japan as recent examples.

Xu added that due to favourable policies and market circumstances, South Korea’s energy storage space saw higher deployment levels in the non-residential segment versus residential for the first time ever in 2018.

“However it continues to be the most complicated proposition in several markets where it will take more time to de-risk, attract financing and become scalable,” Xu said.