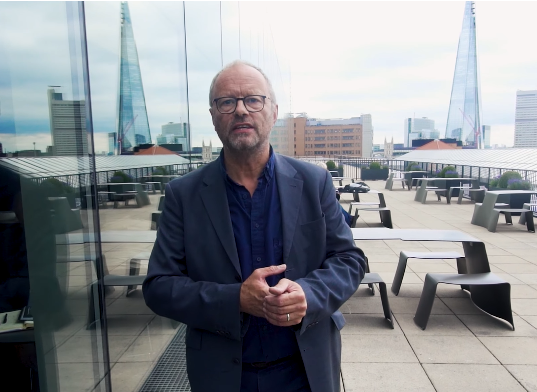 The UK's Institution of Engineering and Technology (IET) has released a promotional video for its Code of Practice on installing and selling electrical energy storage systems for Britain's consumer market, featuring representatives from storage pioneers Tesla and sonnen.

The IET guide covers critical areas such as planning permission, building regulations and health and safety.

Martin Allman, country director of Sonnen, who had previously said the IET could help fill a “vacuum” of clear guidance for installers and their customers, added that there is huge potential for the UK market and “as the market prices go down for batteries and electricity prices go up, this can really be available to everyone out there.”

Also interviewed alongside Allman in the video is long-standing veteran of the UK solar industry, Martin Cotterell, who is now at Tesla. Cotterell ran his own installation company, Sundog, for nearly two decades prior to that and was instrumental in putting together the IET Code.

Meanwhile, Frank Gordon, policy manager at the Renewable Energy Association (REA), said: “In the future we are going to have huge amounts of energy storage in the UK. It’s going to happen at all scales in people’s homes, but also connected to the grid directly and what we are keen to make sure is that this is done in the right way.

“As well as having technical expertise we need to have great legal expertise and we need to make sure consumers are protected at every stage of that journey.”

The video on the new guide is fronted by actor, television presenter and renewables evangelist Robert Llewellyn, who will also be hosting Solar Media's Solar Power Portal Awards at the NEC in Birmingham next month at the Solar & Storage Live 2017 conference and exhibition.

IET representatives will also be discussing the Code of Practice for Electrical Energy Storage Systems at Solar & Storage Live 2017.