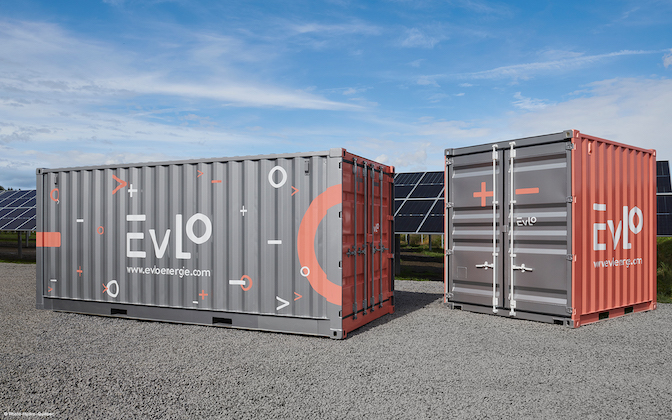 With the government of Quebec as its sole shareholder, the company has 4.4 million customers and its power generation capacity includes more than 60 hydropower facilities while it also operates more than 260,000km of transmission lines. Hydro-Québec said yesterday that it has now launched EVLO Energy Storage Inc.

The new subsidiary designs, sells and operates battery energy storage systems (BESS) for customers at medium- and large-scale based on lithium iron phosphate (LFP) battery chemistry. With the parent company claiming to plough some CA$100 million annually into R&D activities, EVLO leans on 40 years of battery materials R&D and over 800 patents in the field, Hydro-Québec said.

Lithium iron phosphate was selected for its perceived advantages over nickel manganese cobalt (NMC) due to its higher temperature threshold for thermal runaway as well as the absence of cobalt – although it has been said by some in the industry that the choice of LFP in itself is not a “silver bullet” solution to ensure system safety.

The systems have been tested on Hydro-Québec’s own grid network, for applications including peak shaving and islanding to provide resiliency during extreme weather conditions. The technology is also being used in a microgrid project, as well as at two solar farms the utility constructed this summer – the first photovoltaic (PV) generating stations Hydro-Québec has built so far.

EVLO’s containerised BESS are modular in design to be scalable and come with power control and energy management software. In addition to commercial and industrial (C&I) customers, the company is targeting sales towards power producers and transmission and distribution (T&D) providers.

The company’s first project will be a 9MWh system for renewable energy developer Innergex in northern France. It will be a standalone energy storage project but is located close to some of Innergex’s wind farms. The system is scheduled for commissioning in late 2021 and Innergex has won a 7-year fixed price contract for capacity payments with electric transmission system operator RTE.

The launch of EVLO comes a few days after Hydro-Québec said it will build an electrolyser facility to supply green hydrogen and oxygen to a processing plant turning non-recyclable waste products into biofuels in Montreal, Québec.

The processing plant, Recyclage Carbone Varennes, will use hydrogen produced as the gasification agent to create biofuels. Hydro-Québec said it will invest around CA$200 million (US$156.45 million) into the electrolyser, expected to have a capacity of “about 90MW”, generating around 11,100 metric tonnes of hydrogen and 88,000 metric tonnes of oxygen annually.

“Thanks to our fleet of over 60 hydroelectric generating stations with a total output of 36,700 MW, the power produced by Hydro-Québec is over 99% clean. This puts Québec in a prime position to take on a leading role in the production of green hydrogen,” Hydro-Québec president and CEO Sophie Brochu said.

This week Energy-Storage.news published a blog from Justin Wahid Rangooni, executive director of Energy Storage Canada, imploring policymakers and other stakeholders to act quickly to “unlock the potential” of energy storage for the North American country. Meanwhile, our sister site PV Tech reported on activities by two consortia of major renewable and conventional energy companies to drive forward the commercialisation and bring down the cost of green hydrogen.