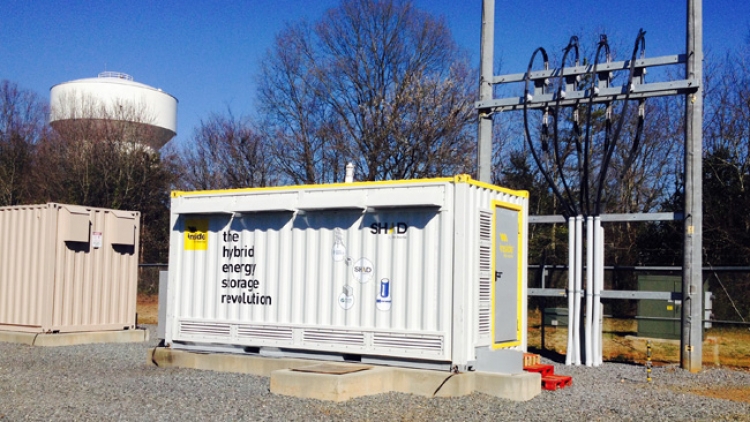 Tesla will acquire Maxwell Technologies, it was announced this week, although it is not clear yet which of Maxwell’s product lines, including ultracapacitors, are of most interest to the Silicon Valley automaker and new energy company.

Tesla’s acquisition ‘target’, headquartered in the US with offices in Germany, China and South Korea, manufactures and markets solutions and products for energy storage and power delivery. These include ultracapacitors, which offer high power density and rapid charge and discharge functions. Tesla’s Elon Musk has been quoted as having a personal fascination with ultracapacitors according to various interviews.

Maxwell is also developing dry battery electrode technology, which the company said “has the potential to be a revolutionary technology within the battery industry with a substantial market opportunity”, especially suitable for electric vehicles. The company claims it can “create significant performance and cost benefits” compared to wet electrode technology currently used by most manufacturers of lithium batteries.

Maxwell said yesterday in a statement that with shares valued at US$4.75 in the upcoming offer, the company had entered a definitive merger agreement with Tesla, Inc. Tesla will make an all stock exchange offer for all issued and outstanding shares, with Maxwell to become a merged and wholly-owned subsidiary of Tesla. The deal is thought to value Maxwell at around US$218 million.

A Tesla representative did not deny the news when asked by Energy-Storage.news last night. By way of confirmation, the spokesperson issued a fairly nondescript company statement as follows:

“We are always looking for potential acquisitions that make sense for the business and support Tesla’s mission to accelerate the world’s transition to sustainable energy.”

Energy-Storage.news asked whether access to the ultracapacitor technology or to the dry electrode technologies would be of primary interest to Tesla. However, the Tesla representative said the company would not be “sharing further comment at this time”. Similarly, a Maxwell Technologies representative told Energy-Storage.news that the company “will not be conducting interviews or providing additional commentary…at this time”.

Nonetheless, Taavi Madiberk, CEO of Skeleton Technologies, a European manufacturer of ultra- and super capacitors, was quick to offer a take on the news last night.

While Madiberk said Tesla has made the right move, he then immediately moved to tout the competitive advantages the Skeleton Technologies CEO claims his devices have over those of rival makers, including Maxwell.

Maxwell Technologies’ ultracapacitors have an energy density of 7Wh per kg, while Skeleton Tech curved graphene ultra capacitors reach 20Wh per kg. Madiberk said that Maxwell/Tesla has a leading position in the automotive industry but that they might struggle to close that so-called “innovation gap”.

“Mr. Musk studied ultracapacitors in Stanford during his PhD, but he is underestimating the “R&D hell” to get to higher energy density ultracapacitors.

“We are expanding our manufacturing and R&D capabilities in Germany and have a clear road-map of hitting 60Wh/kg, while retaining charging times measured in seconds and a cost point lower than high power batteries – we do not see Tesla closing the gap any time soon. In fact, key engineering people from Maxwell/Tesla have joined Skeleton recently,” Madiberk claimed.