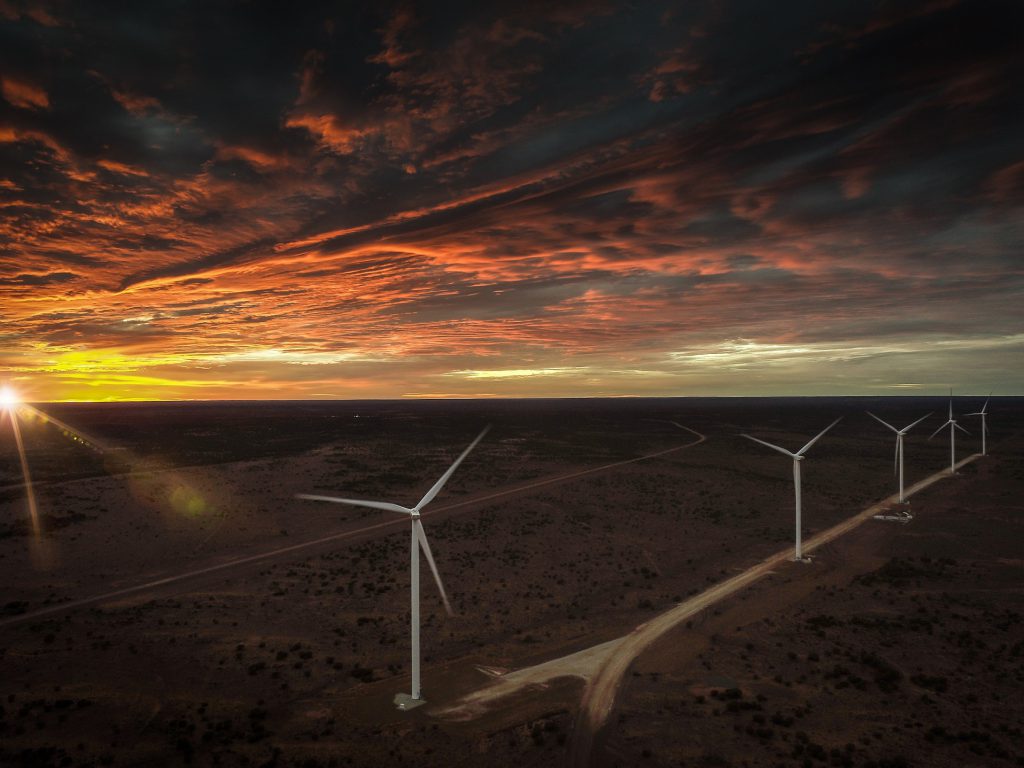 A hybrid renewable energy microgrid at a goldmine in Australia. While the one pictured uses solar, wind and battery with diesel as backup, RethinkX believe a fully renewable energy-powered grid is not only technically possible but also economically feasible for most of the world by 2030. Image: EDL.

A new report co-authored by energy expert Tony Seba predicts that the combination of solar and wind energy with batteries could undercut and disrupt the existing global energy system with “the cheapest power available” over the next decade.

Seba and co-author Adam Dorr have released their report, ‘Rethinking energy 2020-2030: 100% solar, wind and batteries is just the beginning’ through their independent think tank RethinkX. RethinkX uses data to analyse and forecast the scale and speed of technology-driven disruption and the implications that has for society.

The convergence of the trajectories of cost reduction and capability increases in solar photovoltaic power, wind power and lithium-ion battery energy storage technologies leave these three key technologies on the verge of triggering the “fastest, deepest, most profound disruption” of the energy sector in over 100 years, according to the authors.

It is both technically possible and economically feasible for solar, wind and batteries (SWB) to produce 100% clean energy for the US as well as “the overwhelming majority of other populated regions” of the world, in a development which could leave fossil fuel – as well as nuclear – assets stranded over the coming decade.

The report just published is the first in an expected series and answers that question of whether it is possible to generate all power demanded through use of those three resources, with RethinkX working to model outcomes at a system level.

The authors believe, from their analysis, that the “rupture point” or inflection point has already been reached, forecasting that electricity from SWB systems will cost less than US$0.03 per kWh by 2030, making new investments in coal, gas and nuclear financially unviable, while also rendering existing conventional assets stranded.

RethinkX’s Tony Seba and Adam Dorr – and their team of researchers and contributors – identified that with solar costs declining >80% since 2010, wind by more than 45% and capacity costs of lithium-ion batteries by more than 90%, these costs could further decline in the next decade by a further 70% for solar, 40% for wind and 80% for lithium-ion capacity.

At the moment, “irrational behaviour” exists in the way grids operate: electricity from renewables that is curtailed due to its production is wasted. Throwing away power generated for almost no extra financial cost shows just how outdated the traditional system is, Seba and Dorr argue.

The replacement and displacement of existing resources does not have to be a 1-for-1 or like-for-like replacement of capacity – renewables-plus-storage could create what the authors called a “superabundance” of power. Power could be so abundant in a 100% SWB system that they could help displace fossil fuels in non-electricity sector applications such as transport too. Meanwhile the lowest cost SWB systems will require typically just 35 to 90 hours of average demand hours annually of battery energy storage – although this is dependent on geographies. RethinkX believe it is a “myth” that many hours or even days of energy storage are needed for a 100% renewable system.

“A 100% SWB system will not operate by the traditional rules of extractive, depletable, and polluting resources that have governed humanity’s relationship with energy for over a century. It is therefore a mistake to ask how the existing grid will accommodate solar, wind, and batteries,’ the authors wrote.

“Instead, the correct question for decision makers to ask is: how can a new energy system based on SWB minimise costs and maximise benefits at every level of society and the economy?”

The regions that embrace this change and the new technology combinations will benefit greatest, RethinkX said. RethinkX has made both the full report and its working methodology available on its website.

“When a system generates hyperabundant electricity at a marginal cost close to zero, the potential for new value creation is limitless. This isn’t a problem of overcapacity. This is a Super Power solution,” co-author Tony Seba said.

The ultimate disruption and displacement of the fossil fuels and nuclear industries does not also mean the loss of employment or financial overreach for societies, the report claims. For an investment of less than 1% of the US’s predicted GDP over the next 10 years, a 100% SWB solution could be constructed for the entire country, which RethinkX claim would in itself create millions of new jobs. The solution would of course bring up new questions around monopolies and regulation, as well as equity of the new energy system, which are among the questions Seba, Dorr and their team seek to address in later reports.

Recent figures have shown that in the US, there is a huge growing trend for renewable energy projects to be planned as 'hybrid resources', defined as projects pairing generation with storage. Regulator FERC has identified hybrid resources as a “next wave” of big opportunity in the energy sector, holding a technical conference earlier this year to discuss how to maximise that wave of opportunity.