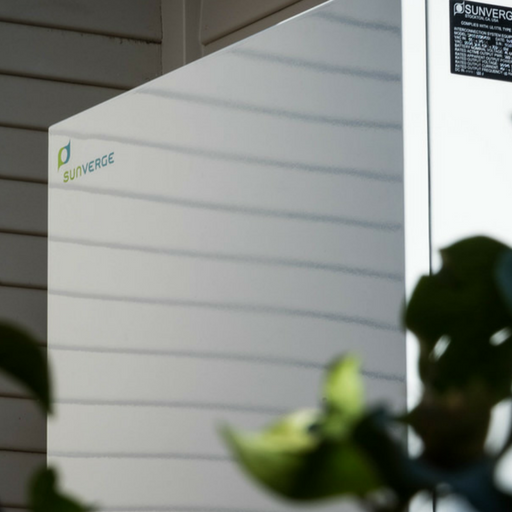 Sunverge specialises in the software and controls platform technology to aggregate and dispatch energy stored in its residential battery systems (pictured). Image: Sunverge.

A residential virtual power plant (VPP) programme in Maryland has received regulatory approvals, enabling a partnership between technology provider Sunverge and utility Delmarva Power to get started on the project.

The VPP will be created from aggregated distributed energy resource (DER) equipment in the Elk Neck Peninsula in Maryland’s Cecil County. Called the Elk Neck Battery Storage Pilot Program, the idea is that a number of homes which are out on the further reaches of the electricity network and suffer frequent outages can benefit from using battery storage as backup, while their utility will be able to use their battery capacity to provide grid services, including through participation in the regional PJM wholesale market for ancillary services.

A total of 0.55MW / 2.2MWh of capacity will be aggregated in the programme and Sunverge said that approvals from the Maryland Public Service Commission now clear the way for the distributed solar-plus-storage company to start acquiring customers to join. Sunverge will provide DER control, aggregation and dispatch platform capabilities as well as battery storage. The project is expected to be commissioned by the second quarter of 2022.

When his company won out against four other vendors in a competitive bidding process hosted by Exelon subsidiary Delmarva Power last year, Sunverge CEO Martin Milani said that the project would be an opportunity to demonstrate the capabilities of aggregated home energy storage systems. He repeated that sentiment in a press release this week.

“This programme will be an important proof point in demonstrating the value of multi-service VPPs and aggregated residential battery systems, both for the benefit of consumers and the grid,” Milani said.

“The lessons learned from this programme will help guide the power industry’s efforts to fully integrate distribution energy resources and decarbonise the grid, improve local system reliability and enable participation of aggregated DERs in wholesale markets.”

Delmarva Power region president Gary Stockbridge said that the combination of Sunverge’s DER platform and batteries was an innovative solution to solve the difficult challenge of serving customers in a remote area with a “unique geography”. The project will increase reliability of the grid, enhance electric supply resiliency during storms and demonstrate the ability of “state-of-the-art technology” to improve customer service and maintain the health of the grid.

In a two-part feature length interview with this site last year, Sunverge’s Martin Milani discussed how the company has been pursuing VPP opportunities in North America and internationally for several years, and that one of the keys to success will be to demonstrate the strategic locational value of distributed energy storage systems to both utilities and their customers.

In that interview Milani said that the VPP concept had not taken hold as quickly as many thought it might when the technologies became widely available from around 2014 onwards. However in the past year or two several such programmes have been rolled out, perhaps most famously in South Australia, while in the US, residential solar and storage company Sunrun has netted contracts in New England and California and VPP specialist startup Swell Energy has contracted 300MWh of capacity for utilities in California, Hawaii and most recently New York.

Meanwhile, Maryland's battery storage market is at a fairly early stage, but appears to be making progress as a number of pilot projects aimed at proving different use cases, applications and ownership models for energy storage at varying scales have begun.