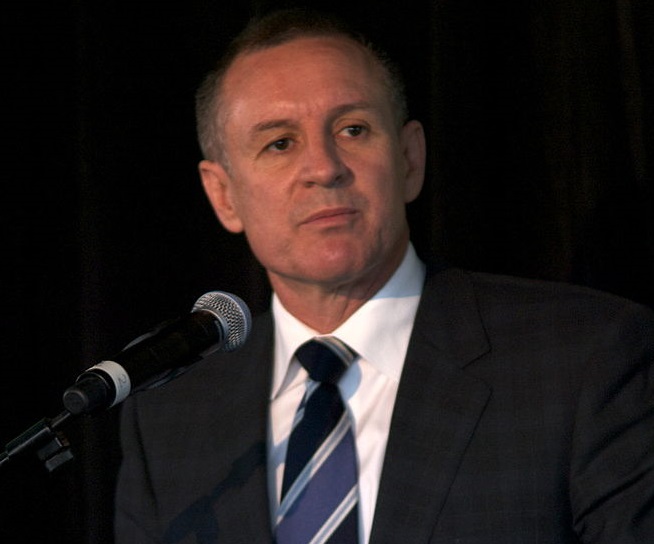 South Australia premier Jay Weatherill: “The incredible response to the Renewable Technology Fund and the diverse range of technologies represented in this round of funding shows how much potential exists in this industry of the future.” Image: wikimedia user bilby (cropped).

The government of the state of South Australia has named four utility-scale energy storage projects which it will support with grants toward the total cost of development.

The latest in a wave of project announcements coming from Australia at the moment, the funding is being administered through the state’s Renewable Technology Fund, an opportunity totalling AU$150 million (US$113.6 million), launched in late August.

Investment guidelines issued via the fund called for projects in three key areas of renewable and clean energy technologies: projects to firm renewable generation, storing energy in bulk and bioenergy. The fund is 50% comprised of grant funding, with the remaining AU$75 million available as loans.

The four selected projects, announced this morning by state premier Jay Weatherill’s office, span a number of technologies including advanced batteries, flow batteries, thermal energy storage from combusting waste and dispatchable solar-plus-storage. The fund will pay out AU$8.1 million of grants for these winning projects in total.

“The incredible response to the Renewable Technology Fund and the diverse range of technologies represented in this round of funding shows how much potential exists in this industry of the future,” Jay Weatherill said.

The premier added that the projects would add clean energy capacity and boost reliability of power supplies, making local businesses more competitive. He argued that where his Labor Party is committed to “renewables and public ownership of electricity assets”, the rival Liberal Party is “addicted to coal and privatisation”.

Projects mix and match a range of technologies and providers

Local developer Planet Ark Power will partner with power equipment specialist Schneider Electric to build a solar-plus-storage microgrid, with 2.9MWh of batteries used to optimise the output of a 5.7MW solar PV plant. That project will be connected to grid operator SA Power Networks’ Utility Distribution Management System. The Renewable Technology Fund is paying out a AU$1.9 million grant towards to project’s total AU$13.9 million cost.

In another project, UniSA (University of South Australia) will install 1.8MW of ground mount and rooftop solar PV, hydrogen production and a 50kW fuel cell, 3.2 million litres of cold water storage and a 0.45MWh flow battery. The project could cut emissions at the university’s Mawson Lakes campus by 35%, also reducing strain on the local grid. South Australia’s government is committing a AU$3.6 million grant towards the AU$7.7 million total cost of the project.

The third project to receive funding is being run by local start-up 1414 Degrees, which has developed thermal energy storage systems based around heating molten silicon to 1414 degrees celcius – hence the name – storing heat as well as electricity that can be pumped into the grid. The project, sited at a wastewater treatment plant, will combust biogas to generate heat with which to charge the systems. The company will deploy a 0.25MW / 10MWh system at the site. Renewable Technology Fund will pay out a AU$1.6 million grant for the project’s total AU$3.2 million cost.

In the fourth and final grant announced, SunSHIFT, a Sydney-headquartered manufacturer of scalable and movable modular solar PV plants, is installing a solar-plus-storage solution at Beverley, a uranium mine owned by Adelaide-headquartered Heathgate Resources. The project pairs 1MW of PV with a 1MW / 0.5MWh battery energy storage system, which will be integrated with existing onsite natural gas-fired generators. The fund is paying AU$1 million in grants toward the project's total AU$2.69 million cost.

South Australia’s government states that the aims of the Renewable Technology Fund are to catalyse private sector investments in low carbon and renewable energy technologies, to collaborate with the national Australian Renewable Energy Agency (ARENA) and Clean Energy Finance Corporation (CEFC) and also to “fast-track South Australia’s energy transformation and improve electricity market competition”. Some funding has already been paid out to the Tesla-Neoen 129MWh battery in the state, which was famously constructed in 100 days from contract-signing.

South Australia has by some measures already achieved its 2025 goal of sourcing 50% of its energy from renewables and remains committed to an investment target of AU$10 billion in low carbon generation by that year. Various large-scale energy storage or solar-plus-storage projects are going ahead in the region already, or are at the early stages of planning, including a 8MW / 30MWh project at a substation in Adelaide and a 100MW / 400MWh lithium-ion battery system paired with 330MW of PV in a project that has been put on sale by infrastructure investor Lyon Group. The CEFC recently also helped debt-finance the state's first unsubsidised grid-scale battery.