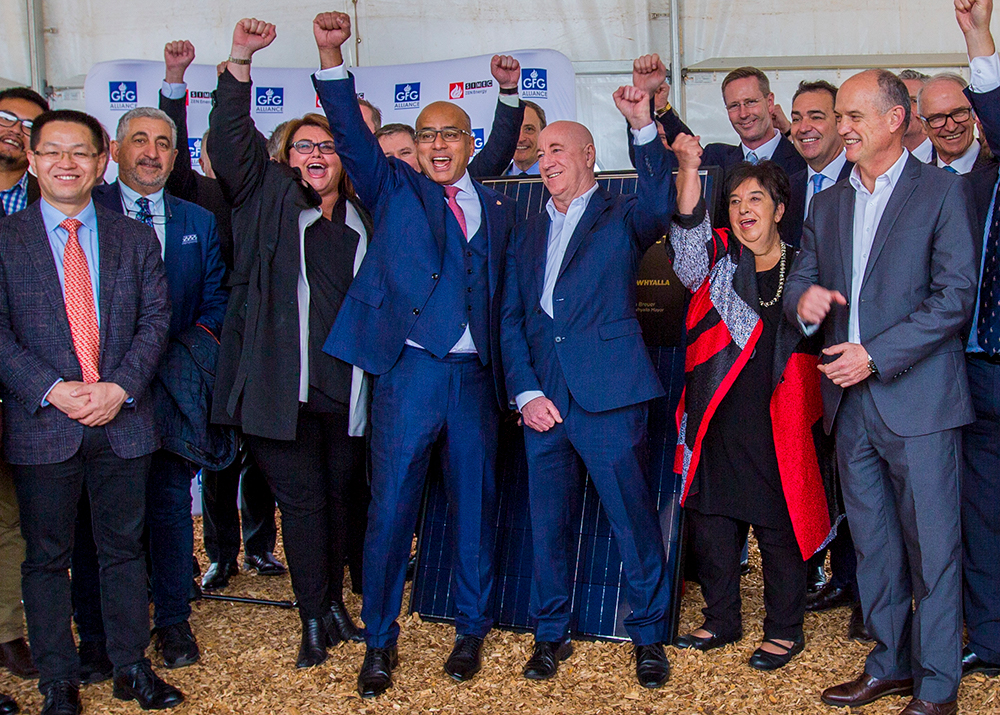 South Australia’s state government has contracted for renewable energy retailer ZEN Energy to supply some of its facilities with power and in doing so has secured the future of a 280MW solar farm as well as a 100MW battery energy storage project.

The company has signed a power supply deal to the State Government for a period of 10 years, beginning on 1 November, the office of Dan van Holst Pellekaan, South Australia’s Minister for Energy and Mining, said in a statement this morning.

“We’re committed to building what matters, using our budget to drive jobs and growth to recover from COVID-19,” van Holst Pellekaan said.

“The Marshall Government has used its significant purchasing power to secure the construction of a 280MW solar farm at Cultana near Whyalla and 100MW battery near Port Augusta – both to be delivered in partnership with SIMEC Energy Australia.”

ZEN Energy specialises in solar and battery storage systems and project development and has in the past three or four years focused mainly but not exclusively on targeting the commercial and industrial (C&I) sector in Australia.

In 2017, just over 50% of shares in ZEN Energy were bought by global multi-national group, GFG Alliance, headed up by UK businessman Sanjeev Gupta and the company made its first supply contracts with the South Australia government through GFG Alliance’s energy division, SIMEC Group.

ZEN Energy is no longer a part of the GFG Alliance as of earlier this year, but is continuing to work with SIMEC Energy Australia on South Australia projects, including the 280MW Cultana solar farm and the 100W Playford Utility Battery in Port Augusta. SIMEC will perform engineering, procurement and construction (EPC) duties on both projects, with Shanghai Electric named as the company’s EPC partner for the solar farm.

According to SIMEC’s website, the battery project will create around 100 direct jobs and the solar farm around 700 during construction, with commissioning expected for the Cultana solar project during 2022.

Big solar farm, big battery, big savings, big jobs – and big hydrogen could be on the way too

Minister Dan van Holst Pellekaan said the long-proposed projects – the Cultana project was actually inaugurated by state premier Steven Marshall with GFG Alliance’s Sanjeev Gupta in 2018 and then received Development Approval in 2019 – can now become a reality. Van Holst Pellekaan said that the supply contracts as well as the power and energy projects would be good for power prices, taxpayers, grid security and for jobs.

It’s a big solar farm and a big battery, with big savings for taxpayers, creating a big jobs number,” the Minister said.

“The AU$660 million (US$462.31 million) investment to deliver these two projects includes the creation of up to 810 new jobs at the peak of the construction phase and around AU$40 million in local goods and services.”

The Minister added in his statement that the new assets will positively impact electricity market competition in the state as well as helping reduce emissions, while also contributing to a modest reduction in average household electricity bills. The deal apparently saves the government around AU$12.8 million over 10 years versus previous deals that were in place.

Playford is the fifth grid-scale battery project in the state, while Cultana is South Australia’s largest solar farm so far. Meanwhile the state government, targeting 100% net renewable energy generation by 2030, has also just issued a ‘hydrogen export prospectus’ as well as details of three proposed large-scale green hydrogen hubs to be located in the region.