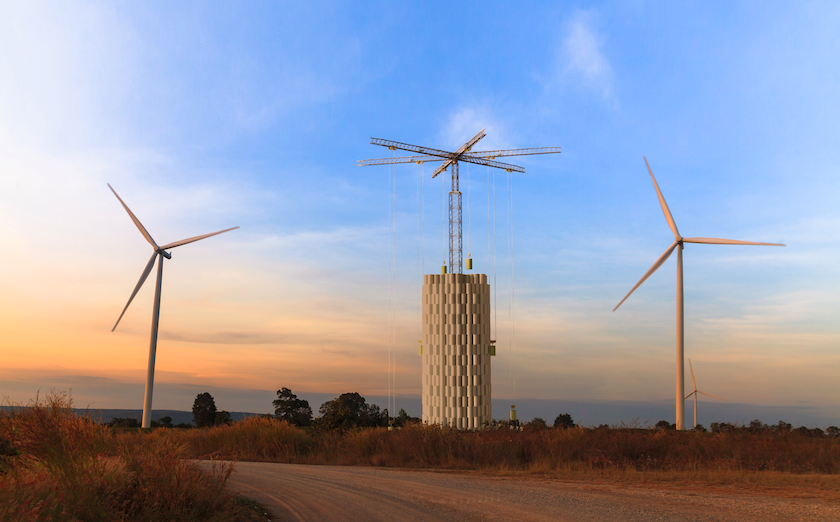 An Italian equity fund which counts the European Investment Bank among its institutional investors has said it will invest up to €20 million (US$24.34 million) in a startup which combines green hydrogen production and compressed air energy storage.

Technology provider Corre Energy said yesterday that it has signed a long-term equity-linked funding agreement with energy transition infrastructure investment group Fondo Italiano per I’Efficienza Energetica (FIEE). FIEE will invest through its Italian Energy Efficiency Fund II vehicle with the funds to be used towards the strategic development of Corre Energy.

Corre Energy wants to use large underground salt caverns across Europe to store energy in the form of air compressed using hydrogen generated by renewable energy sources. The company is leading a consortium to build a green hydrogen hub in Denmark, and has applied to the EU Innovation Fund, while another project it is developing in the north-east Netherlands has secured co-financing from the European Union’s Connecting Europe Facility for infrastructure investment as well as being declared an approved Project of Common Interest.

Energy Vault’s novel technology solution uses gravity to store energy along the same principles as pumped hydro, but instead of water being pumped up a hill and lowered through turbines, concrete blocks weighing about 35 tonnes are lowered up and down a tower to store and release energy.

Energy Vault claims its technology can enable the storage of energy for several hours effectively, using low-cost materials that can be locally sourced almost anywhere. Designed to be deployed in 10MWh blocks, the system can be configured to either 2-6 hours duration or 6-12 hours, with a 5MW / 35MWh project already built in July 2020 and connected to the grid in Switzerland.

The company already counts Softbank Energy Ventures, considered one of, if not the biggest, technology investors in the world among its backers. Aramco will invest an undisclosed amount into Energy Vault.

Last month, US thermal energy storage startup Malta Inc said it is teaming up with utility holding company Duke Energy to investigate the possibility of converting some of Duke’s coal plant sites into large-scale storage facilities.

The pair received grant funding for a year-long study from the US Department of Energy. Malta has developed what it calls a “pumped heat energy storage” technology that can provide large-scale storage of energy for up to 200 hours, built using abundant materials and combining processes from existing industries.

Converting electricity into heat and storing it in molten salt, the process simultaneously gathers cold energy which is stored in vats of a special liquid. The temperature difference between the hot and cold stored energy is converted back into electricity when it needs to be discharged through a heat engine. Earlier this year the company raised US$50 million from investors including Bill Gates’ Breakthrough Energy Ventures and Facebook co-founder Dustin Moskovitz.

The study will figure out if the technology could be configured to store and discharge for 10 hours and integrated into existing infrastructure at one of Duke Energy’s coal power plants in North Carolina.

“For years, Duke Energy has actively evaluated emerging technologies, and the Malta study marks the first time we will evaluate long-duration thermal energy storage. We expect the results to influence the future of energy and apply to our larger generation fleet,” Duke Energy senior VP for Generation and Transmission Strategy, Regis Repko, said.

Another compressed air storage company, Hydrostor, has said that a 200MW / 1,600MWh project it has proposed in New South Wales, Australia, could offer significant economic benefits to the local community.

Broken Hill, a remote mining community, is currently dependent on imported diesel fuel brought in over long distances. Hydrostor said that its advanced compressed air energy storage (A-CAES) plant could reduce that need and referred to a recent third-party study which showed the project could contribute more than half a billion dollars to the local economy while making the local grid more reliable.

Consulting group ACIL Allen said the project could represent up to AU$560 million (US$433.3 million) investment, most of it into the local area, with around 300 people to be employed during construction over three years, and about 90 jobs full-time once it is up and running. Hydrostor claimed the plant could have a lifetime of more than 50 years in the field.

“New South Wales is one of the first regions to future proof its transition to renewable energy by investing in long-duration energy storage. Hydrostor’s A-CAES system will allow renewable energy to support the grid on-demand, even in unfavourable weather conditions for wind or solar energy,” Hydrostor CEO Curtis VanWalleghem said.

“This supports the direct replacement of fossil fuels and protects the Broken Hill energy system for generations.”

Canada-headquartered Hydrostor already has one plant in operation in Ontario and has proposed other large-scale projects in California and elsewhere in Australia, as well as the Broken Hill project, which has received grant funding for pre-feasibility work from the New South Wales government. The project was also selected by local transmission system operator Transgrid as a preferred option for investment in the local grid network. 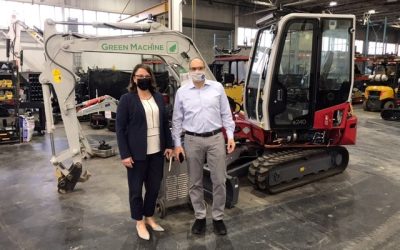