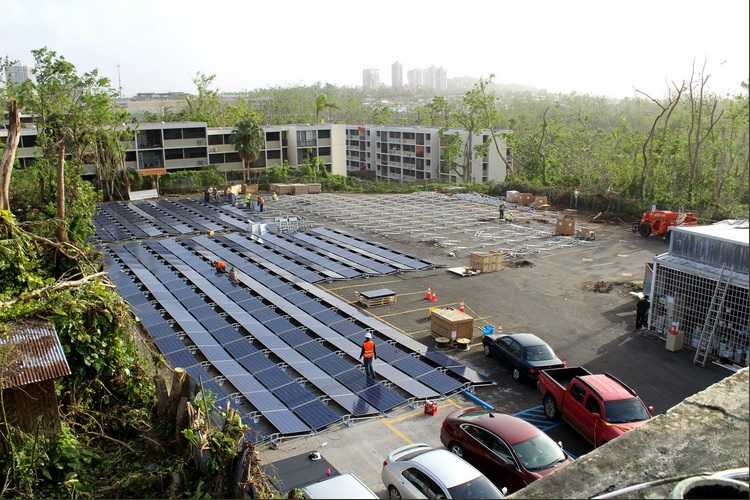 Tesla has reported a significant year-on-year increase in business for its stationary energy storage systems, but more attention has been focused on delays in Model 3 deliveries and a decline in solar installs.

Our sister site PV Tech today reported a “crash” in solar install figures for the tech company, which took over leading residential solar install and leasing company SolarCity in late 2016. Tesla has just reported its third quarter earnings for this year, saying it had deployed 109MW of solar PV in the quarter, compared to 176MW in the previous quarter and 170MW in Q3 2016.

The significant decline in installations was due to a deliberate strategy to move away from commercial and industrial rooftop installations as these generated the lowest profit margins and limited cash generation, the company claimed.

Meanwhile, just a couple of hundred Model 3 EVs, Tesla’s ‘affordable’ model launched earlier this year, have been delivered, mostly to employees and shareholders. The company claimed however that production capacity for the car is “steadily increasing”, while total sales of cars including Model S and Model X have now reached the quarter-of-a-million mark. According to a letter issued by Tesla, the main constraint to production of the Model 3 has been battery module assembly at Gigafactory 1 in Nevada and its associated complexity.

Nonetheless, Tesla said it is experiencing growing demand for its Powerwall residential storage and Powerpack commercial / utility systems “and is increasing production of those products”.

“Sustainable energy generation and storage is a critical part of Tesla’s mission and will drive long-term revenue growth and profits,” the company said in the summary letter of earnings reports.

In Q3 2017, the company deployed 110MWh of energy storage systems, a 12% increase from the previous quarter and a 138% year-on-year increase, which Tesla said was “mainly driven by Powerwall deliveries”.

An earnings call with financial analysts held shortly after the issue of the main results summary focused almost exclusively on Model 3 production and delivery issues, autonomous or self-driving cars, Tesla’s semi-truck unveiling (now put back to mid-November), tentative plans to move some EV production to China and how Tesla will put together fleet vehicle deals in future.

However, one analyst, Robert Cihra of Guggenheim Securities asked about the decline in solar sales and when this segment of Tesla’s business might start to pick up traction, perhaps with the introduction of the long-hyped solar roof tiles. Cihra also asked about energy storage system deliveries and whether these, too, were being affected by the Model 3 delays.

CEO Elon Musk replied that Tesla expected to start selling more PV systems through its stores, which was part of the original plan to reduce customer acquisition costs associated with SolarCity’s more aggressive sales and marketing. He also, unsurprisingly, said he was “confident” the tiles would enjoy “extremely high demand”.

“It just takes a little while to get those behemoth [sic] rolling, but once it gets rolling, it's going to be a behemoth,” Musk said.

While giving very little detail with regards to stationary energy storage, Musk did say battery assembly issues for the Model 3 were entirely separate to storage system production. Down the line, however, Musk did acknowledge there may be some conflict between the EV and energy storage businesses in terms of raw materials for batteries.

Jonathan McNeill, global sales & service chief, did say energy storage production was “doing really well”, pointing to the ongoing South Australia 129MWh project and projects in hurricane-hit Puerto Rico as indicators of that. Tesla’s summary of results said 80% of Powerpacks going to that Australia project have already been delivered, but revenues from the project will not be realised until it is completed.