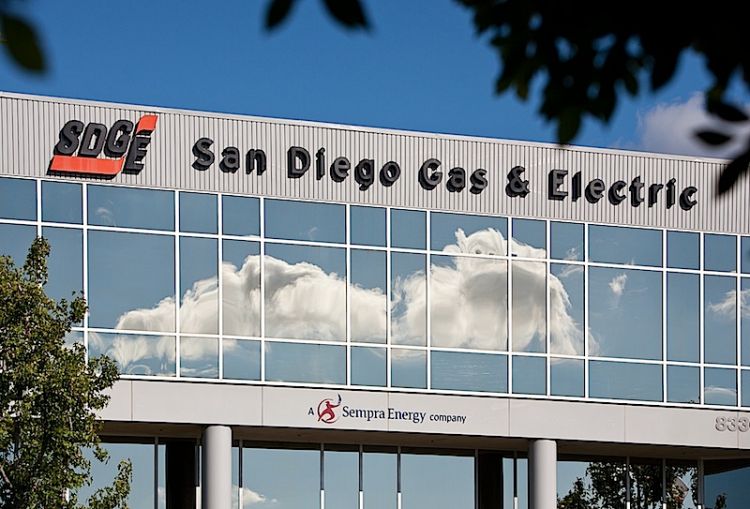 California’s main utilities are bound by mandate policy AB2514 to deploy storage, while utility long-term planning in the state considers the technology against other options. Image: SDG&E.

One of the state’s three IOUs, SDG&E is bound by AB2514, California’s mandate for the utilities to deploy 1.35GW of energy storage by 2020. SDG&E said it is aiming to deploy 330MW itself by 2030, while utilities in California are now expected to consider energy storage as a competing resource for providing capacity to the grid. This has left them pitted directly against natural gas peaker plants, in many instances. AB2514 and other policies have put California's utilities in a leading position for energy storage deployment, as found by trade group SEPA recently.

The five projects will all be lithium-ion battery based and are joined by a 4.5MW demand response contract awarded to OhmConnect, which also provides demand response in the service areas of the two other California IOUs, Pacific Gas & Electric (PG&E) and Southern California Edison (SCE).

All of the latest energy storage and demand response contracts have been approved by the regulator, California Public Utilities Commission (CPUC). SDG&E said they will all “improve grid reliability and integrate more renewables, creating a cleaner, healthier, and more sustainable future”. The projects will be located in San Diego and in the south of Orange County.

With four hours of energy storage duration, each lithium battery system will be able to charge from renewable energy at times of abundant production, for dispatch into the network when demand peaks.

In March, SDG&E also said it was seeking “up to 166MW” of energy storage to add resilience and backup capabilities to public sector buildings.

The awarded battery storage projects and winning companies are as follows: