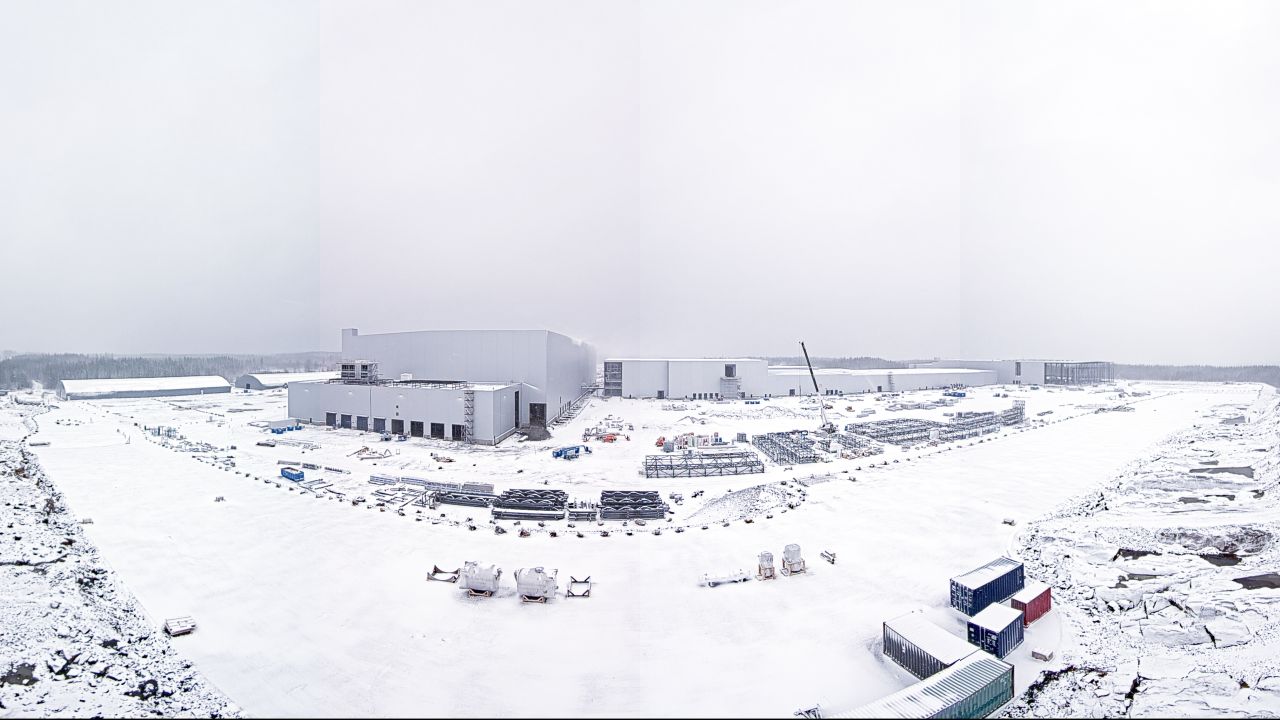 Northvolt posted an image of its first gigafactory site, Northvolt Ett in Sweden, as the first snow of the season fell a few days ago, noting that construction work continues. Image: Northvolt via LinkedIn.

Venture capital (VC) funding in battery storage companies in the third quarter of 2020 was up 78% on the previous quarter, while total corporate funding in the sector for the first nine months of the year rose by 62% compared to the same period in 2019.

While the previous edition of the report showed a drop in corporate funding activity in the first half of this year, perhaps driven by the coronavirus pandemic reducing investors’ appetite for risk, Mercom found that total corporate funding across the three sectors in the first nine months of 2020 was actually 75% higher than in January-September 2019, at US$4.7 billion raised compared to US$2.7 billion.

Corporate funding in battery storage in that period in fact comprised the majority of that total, with companies raising US$3.5 billion across 35 deals over US$2.2 billion in 32 deals in 9M 2019. In Q3 alone, US$2.8 billion of corporate funding was raised by battery storage companies in 16 deals, a massive jump on Q2, when those figures stood at US$472 million across 10 deals.

VC funding was spread across a number of sub-categories of energy storage companies and technologies, with US$661 million raised in seven deals in Q3 2020, across companies working in lithium batteries, sodium chemistry batteries, metal-hydrogen batteries as well as energy storage systems and thermal energy storage. Mercom counted 28 different VC investors as taking part in those deals. VC funding in Q2 2020 had been US$372 million in eight separate deals.

Northvolt, the Sweden-headquartered startup company which has already raised more than US$3.5 billion in investment to build a number of multi-gigawatt-hour lithium-ion battery factories in Europe, made a massive contribution to that VC funding figure, raising US$600m of equity financing from investors including Goldman Sachs Merchant Banking Division, Volkswagen and investment management company Baillie Gifford.

Northvolt is targeting 150GWh of production capacity by 2030, which the company believes would make it possible to serve around a quarter of demand for lithium batteries across transport and stationary storage sectors in Europe.

However, despite that big quarter-on-quarter increase, perhaps unsurprisingly VC funding in the first nine months of 2020 for battery storage companies was 25% lower than in the equivalent period last year, US$1.2 billion in 21 deals compared to US$1.6 billion in 25 deals. The number of M&A deals remained roughly the same, 11 deals from January to September 2020 compared to 10 deals in that period of 2019. 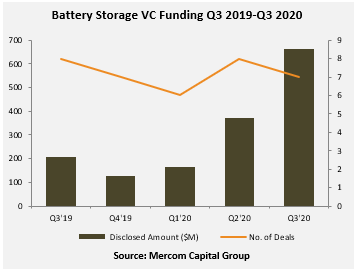