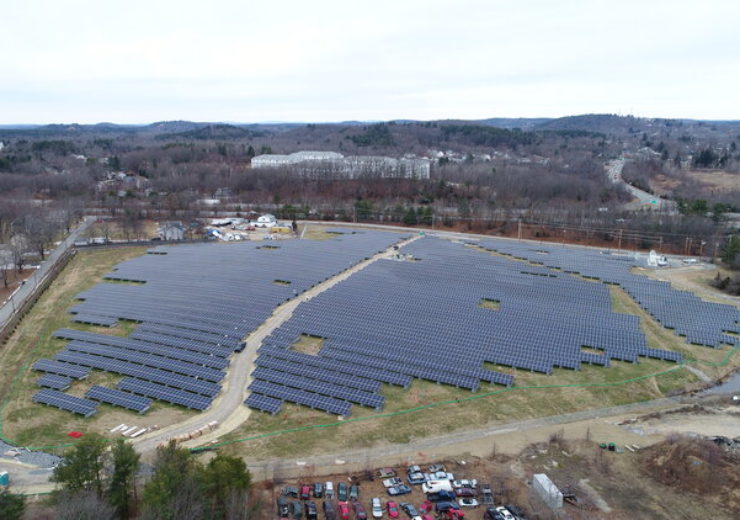 A “first-in-the-nation” policy called the Clean Peak Standard has been launched in Massachusetts, US, whereby a proportion of electricity used on the grid at times of highest demand must be considered ‘clean’.

Governor Charlie Baker and Lieutenant Governor Karyn Polito’s administration announced the launch yesterday of the Standard, with Baker calling it an “innovative approach to create a cleaner and more affordable energy future for residents and businesses across the Commonwealth, while serving as a national role model for making meaningful reductions in greenhouse gas emissions”. The plan was first introduced in 2018, as part of the administration's Bill H4857, ‘An act to advance clean energy’.

“To combat climate change, we need to change the way we consume our energy, the resources we use, and when we use them,” Governor Baker said.

“This first-in-the-nation programme is an innovative approach to create a cleaner and more affordable energy future for residents and businesses across the Commonwealth, while serving as a national role model for making meaningful reductions in greenhouse gas emissions”.

While the state has in place Renewable Portfolio Standards (RPS) that the policy builds upon and fits alongside, as well as a 1,000MWh energy storage deployment target and the much-lauded Solar Massachusetts Renewable Target (SMART) programme, the Clean Peak Standard specifically targets the peak demand times of day – when fossil fuel generators such as gas peaker plants are often called into action to serve the load.

In a late 2019 interview with Energy-Storage.news, John Zahurancik, chief operating officer of energy storage technology provider Fluence said that this is “the most expensive part” of how the grid typically operates, both in terms of financial cost and negative environmental impact”.

“I would say [that with] the Clean Peak, what people are focused on is typically the cheapest and the dirtiest part of your power generation. You fire up units that you don’t fire up very often,” Zahurancik said.

All retail electricity suppliers in Massachusetts will need to purchase Clean Peak Energy Certificates (CPECs) each year to ensure that a percentage of the power they serve to customers is verifiably generated through low carbon sources.

While it in fact began last year, the actual Standard was set at 0% for the initial period, as the market became accustomed to the concept. From here on in, the Massachusetts Department of Energy Resources (DOER) orders retail electricity suppliers to meet 1.5% of sales with Clean Peak Energy Certificates. This percentage then rises by at least 0.25% of kilowatt-hour sales each subsequent year.

The Baker-Polito Administration’s press release highlighted that the CEPC market creates revenue for energy storage and any other resources that can shift energy use from seasonal peak periods or other periods of high net demand for electricity.

Another longstanding industry voice, Roger Lin at NEC Energy Solutions – which itself is based in Massachusetts although this year began an exit from the industry – told Energy-Storage.news that the Clean Peak Standard was a “common sense” idea that could inspire other states to take practical action.

“I think we’ll see variants of this theme spread state-by-state and fundamentally drive adoption of storage and more clean energy that’s more targeted,” Lin said, in our October 2019 deep dive on the topic.