Gravity and kinetic energy storage startup Energy Vault and ‘thermal pumped hydro’ startup Malta Inc have both said this week that their technologies could be set for gigawatt-hour scale deployments.

Energy Vault’s systems will be used in the production of synthetic sustainable aviation fuel, according to the terms of a 1.6GWh agreement the Switzerland-headquartered technology provider has signed with DG Fuels.

DG Fuels has developed a fuel production process based on carbon conversion and hydrogen electrolysis which is claimed could reach 93% carbon conversion efficiency. The company believes that it could reduce the amount of feedstock needed to produce fuels which could be used in conventional aircraft engines.

Energy Vault has developed an energy storage technology which involves lifting then lowering and swinging huge weights from cranes mounted on towers. The company claims its tech is scalable to provide large amounts of energy for durations ranging from two to 12 hours.

While the company has yet to deliver any systems to customers, it is targeting public listing of its shares through combination with Novus Capital Corporation II, a special purpose acquisition company (SPAC).

The energy storage company has also yet to perfect or productise the systems it is seeking to create, it revealed in regulatory filings made ahead of the planned SPAC merger. Yet it said this week that DG Fuels wants to deploy the technology across multiple projects, beginning with a 500MWh project in Louisiana, US, that Energy Vault said is expected to commence in the middle of next year.

Followed by similar projects in British Columbia and Ohio, Energy Vault said the deal will be worth US$520 million in revenues.

Meanwhile Malta Inc, a Massachusetts-headquartered company which has developed a grid-scale electro-thermal energy storage tech, is in discussions to deploy a 1,000MWh system in the Maritimes, Canada.

Malta Inc is in talks with local utility NB Power to potentially build its system in New Brunswick and it could be in service during 2024, the company claimed.

Malta’s so-called ‘pumped heat storage’ technology can provide up to 200 hours of storage, although the company has previously said it is targeting opportunities for applications that require 10 – 12 hours. The systems convert electricity into heat which is then stored in molten salt. At the same time it produces cold energy which is stored in vats of a special cooling liquid that is described as being similar to anti-freeze.

The hot and cold are then converted back into electrical energy as needed, using a heat engine driven by the temperature difference. The company claims its systems can be built using abundant materials, combining together different processes from established and proven industries.

In July, Malta Inc signed a deal with Siemens Energy to co-develop turbomachinery components for its systems and in March Energy-Storage.news reported the company’s closing of a US$50 million funding round, with investors including Facebook co-founder Dustin Moskowitz and Bill Gates’ Breakthrough Energy Ventures taking part.

NB Power would use the technology to store power for when it needs to be used, enabling the community to diversify its resources mix to include more renewable generation, electrification of homes and businesses and accommodate electric vehicles. Malta said heat run off as a byproduct of its storage system’s operation can also be used is district and industrial and commercial heating. 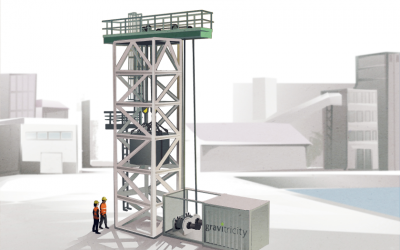