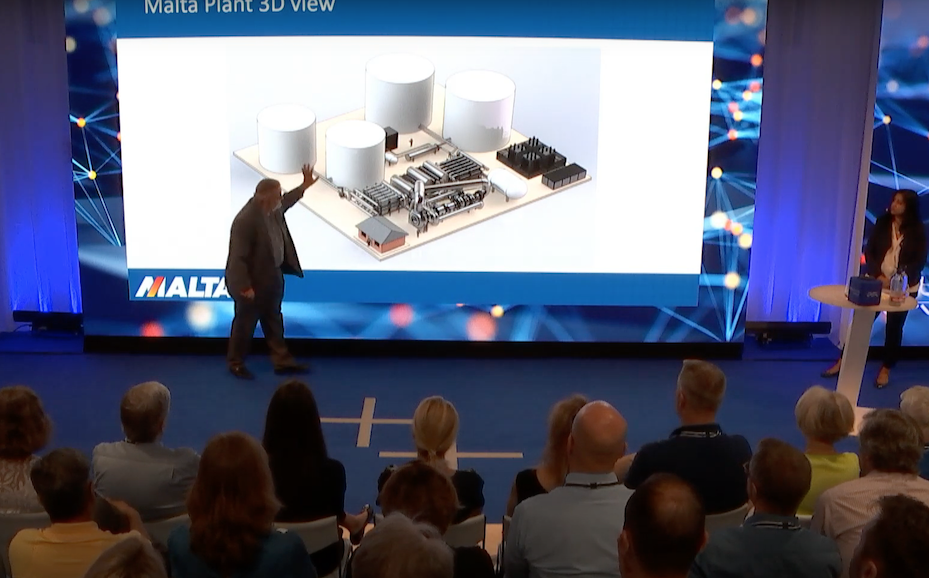 Malta Inc, developer of a grid-scale electro-thermal energy storage technology, has closed a Series B funding round, raising US$50 million from investors that include Facebook co-founder Dustin Moskovitz.

The company claims its solution to the variable generation profile of renewable energy can provide storage of energy at large-scale for up to 200 hours, is scalable and relies on abundant materials, as well as combining processes from already-established and proven industries.

“Malta's innovative application of well-established technologies and materials could accelerate the roll out of long-duration storage to support the transition to fully dispatchable renewable energy,” Dustin Moskovitz said.

It converts electricity from any renewable or non-renewable generation source into heat and stores it in molten salt, simultaneously running off cold energy which is stored in vats of a cooling liquid similar to anti-freeze, then converting that heat and cool back into electrical energy using a heat engine which runs off the temperature difference.

While it can do up to 200 hours of storage, Malta said it is currently pursuing opportunities in long-duration energy storage of 10-12 hours, while the technology has the added advantage of being able to provide heat for industrial processes and district heating.

In addition to new investor Moskovitz, the Series B was joined by two existing investors in the company, Bill Gates’ Breakthrough Energy Ventures and industrial materials group Alfa Laval. The Series B was led by Switzerland-headquartered energy group Proman, which is involved in ammonia and methanol production.

“There is an exponential global need for long-duration, low-cost energy storage solutions, and we are excited to work with the Malta team and our new partners to progress Malta's highly scalable and technically robust solution. Alongside our investment, Proman will bring complementary design, engineering and construction expertise to the Malta PHES technology as we begin work with Malta on a commercial scale plant,” Proman’s chief executive David Cassidy said.

“Our goal continues to be to create a scalable storage solution that will accelerate the expansion of renewable energy while improving grid stability and resilience,” Malta CEO Ramya Swaminathan said.

“We are gratified by our investors' recognition of our achievements and their confidence in our ability to execute on this exciting new phase.”

Massachusetts-based Malta was incubated at X, the technology accelerator started up by Google (now Alphabet), and the technology was identified X as a promising potential enabler for maintaining grid stability and integrating high shares of renewable energy. After two years as part of X, it was spun out into its own entity and the work of commercialisation began.

At last year’s online edition of the California Energy Storage Association’s annual summit, Malta VP of commercialisation Ty Jagerson said the technology is intended as a complement to, rather than competition for, other energy storage technologies such as lithium-ion batteries and hydrogen in providing a “missing piece” for the complete global transition to clean energy.

There are a number of other companies looking to develop and widely commercialise a number of different thermal energy storage technologies at the moment, several of which are also based on generating power from the temperature difference between hot and cold energy storage. They include:

Azelio, a Swedish startup which has developed a phase change material (PCM) based on recycled aluminium for storing heat, Australia’s RayGen, which combines solar PV, concentrating solar power (CSP) and thermal absorption, Swiss company EnergyNest, which heats a specially formulated concrete, Germany's Lumenion, which stores energy thermally in steel modules at temperatures of up to 650 degrees Celsius and UK company Highview Power, storing energy in liquid air, which of course is very cold.