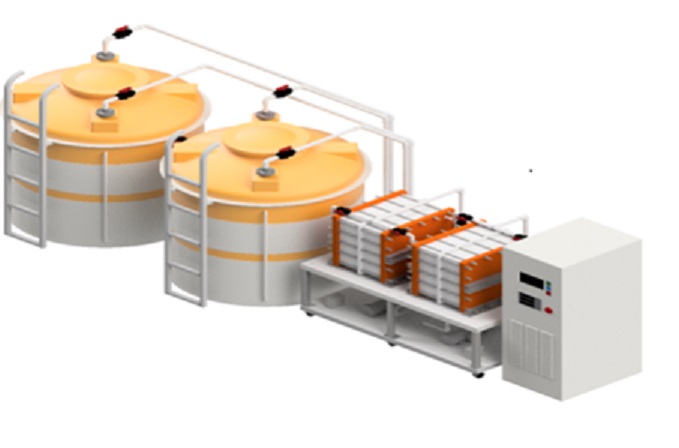 Former Governor of New York George Pataki has welcomed the possible siting and construction of a vanadium redox flow battery (VRB) factory in the state.

KORID Energy Company Limited, a South Korea headquartered developer of VRBs, has signed a joint venture (JV) agreement with Canada-headquartered Margaret Lake Diamonds, a “technology and strategic metals exploration company”, hosting an event in New York earlier this month attended by Pataki, who is involved in the venture's consortium through his own company.

At the private event, Pataki said the deal was “like a dream come true,” describing the overall plan as a “marriage of technology, natural resources, tremendous need and capital”.

“[The] consortium has an opportunity to change the way we think about energy in the US. A lot of people appreciate that we have to do a lot more to make sure we have clean, renewable, reliable sources of energy,” Pataki said, adding that the lack of adequate energy storage so far has been “the biggest impediment to growth of renewable energy in the US”.

Margaret Lake Diamonds is looking to conduct vanadium exploration in the US as well as constructing the batteries, offering an opportunity for value chain vertical integration. MLD contacted Energy-Storage.news to offer details on the proposed factory plans, together with KORID which is a subsidiary of Korea’s KOSDAQ-listed DST International.

The initial Phase 1 of the factory is planned for 50MW annual output at 200MWh capacity. MLD takes exclusive rights to construct and deploy KORID’s battery systems in all territories, excepting the latter’s closer-to-home markets in Korea and Australia. Indeed, Energy-Storage.news reported back in September 2018 that KORID had, with Australian company Protean Energy (which owns the other 50% of KORID along with DST) for the latter to develop a 4MWh pilot VRB project in South Korea.

So far, KORID has developed battery stacks in modular increments of up to 50kWh, while the company has also designed a 3.6MW grid-scale system. The company will provide technical assistance and expertise to MLD, while the latter has outlined its commitments to bringing in investment for the factory, including raising US$5 million and consolidating its shares. KORID and its parent company receives several million MLD shares in return.

However, Pataki’s “dream” may only come true in part: MLD CEO Jared Lazerson told Energy-Storage.news that his company “likes the North East US” as a site for the operations, but that the choice of New York as host state was not yet settled.

“We have haven't committed 100% but New York State has a lot to offer and very high calibre people to work with on public-private partnership for a Vanadium Flow Battery factory,” Lazerson said via email yesterday.

That said, Pataki also referred to the US’ electric grid as perhaps the nation’s “single biggest vulnerability strategically”, and that the deployment of large-scale and distributed VRBs could allow for far greater redundancy on the grid, for more security and of course to “allow for renewable energy or off-peak energy to be used when its most needed”.

A recent technical paper from a team at CENELEST, a joint research programme between Germany’s Fraunhofer Institute for Chemical Technology and the University of New South Wales (UNSW) published in Volume 21 of PV Tech Power – and now posted on this site as a long-form blog – looks in depth at the history, development and key features of redox flow batteries including those that use vanadium electrolyte, as well as some of the challenges faced in commercialising the technologies.