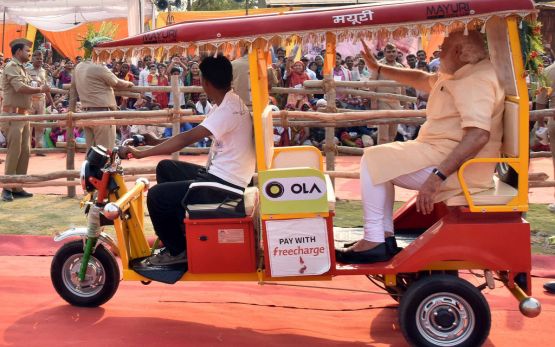 The India Energy Storage Alliance (IESA) has published its fifth edition of its India Stationary Energy Storage market report, which predicts that the market for energy storage in India will grow at a CAGR of 6.1% by 2026.

IESA reports that in 2018, the energy storage market in India was worth US$2.8 billion, and will continue to grow at pace in coming years.

Of these, BTM is likely to account for the majority, with 68-77% of the cumulative market share during the period. Inverters and telecom make up the major part of this BTM market.

This year has seen a number of important steps in India’s energy storage market, in particular given disappointing tender cancellations in 2017-18. But in February, three huge renewables tenders were announced including one for 1.2GW of solar PV combined with 3,600MWh of energy storage.

In March, further government backed support was announced in the shape of India's Union Cabinet chaired by prime minister Narendra Modi approving the 'National Mission on Transformative Mobility and Battery Storage’. While in July, India’s full year budget was published, and included discussion of support for lithium battery and electric vehicle manufacturing.