Flow battery companies Redflow and Invinity Energy Systems are targeting the US market through partnerships with third parties.

The MSA means that Redflow is now on Black & Veatch’s list of approved suppliers, streamlining the procurement of its zinc-bromine energy storage batteries.

Redflow said the agreement, announced 17 August, will open doors for the deployment of its product in the US and other markets. Black & Veatch has installed more than 2,500MWh of battery storage projects to-date.

Commenting on the MSA, Redflow CEO Tim Harris said: “It significantly advances Redflow’s strategy of building a strong network of EPC partnerships that will underpin accelerated deployment of our energy storage batteries globally.

“Redflow and Black & Veatch have already been collaborating on a variety of exciting project opportunities in the US that are in Redflow’s pipeline.”

As Energy-Storage.news reported recently, Redflow recently temporarily halted trading of its shares on the ASX to complete a capital raise which it later revealed was worth AU$5 million (US$3.44 million).

The JV will focus on building and selling vanadium flow batteries in the US market and the MOU outlines its principal terms, namely being a 50:50 entity combining Invinity’s flow battery expertise with USV’s domestically produced supply of vanadium electrolyte.

“No company has installed more flow battery units than Invinity and we believe no company can currently match the capability U.S. Vanadium has to produce ultra-high-purity vanadium and vanadium electrolyte,” said Mark Smith, CEO of U.S. Vanadium.

A press release said the JV expects to benefit from recent incentives for energy storage and that the recent Inflation Reduction Act legislation has placed a further emphasis on US manufacturing, in line with the intended purpose of the JV.

The Act, passed last week, has given flow batteries their best chance ever at displacing lithium-ion as the dominant battery chemistry for stationary energy storage, or at least joining lithium at the top table, according to energy sector lawyer Morten Lund, a partner at US firm Stoel Rives. Read our long-form piece on the topic published today.

U.S. Vanadium has already recently partnered with another vanadium flow battery group, CellCube, to expand the production capacity at its Hot Springs facility, off the back of a large order by the Austria-based firm. CellCube later then set up a US subsidiary to target the market.

Invinity last week announced it had energised a 1.8MWh system at a green hydrogen project on Orkney Island, Scotland, as reported by Energy-Storage.news. 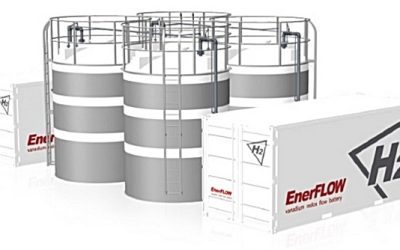 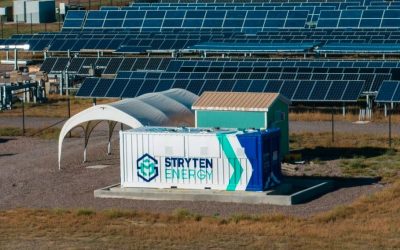 January 11, 2023
Flow battery firms Stryten Energy and CMBlu Energy have made moves to accelerate the commercialisation of their products in the US this week.