Three Tesla Megapacks have arrived for installation at a power plant in Hungary, the first energy storage project in the country to use the EV giant’s grid-scale product.

The three units arrived on-site for installation at the Dunamenti Power Plant, which is owned by Swiss-based energy company MET Group, last week Friday (9 September). Dunamenti is the largest gas-fired power plant in Hungary at 794MW.

MET Group said it is the first company in the country to install a Tesla Megapack energy storage system, although a press release did not make it clear if the units have been fully installed yet. When it chose Tesla’s technology for the system back in December 2021, it said the project would be installed in summer 2022.

The system will have an energy capacity of 7.68MWh and a two-hour duration, the company said, implying a power rating of around 3.84MW. This makes the project unique in another way, it added, because most energy storage systems in Hungary to-date have used storage cycles of 30 minutes to one hour.

The energy storage system will help Hungary’s grid operator to maintain the balance in the power grid to ensure security of electricity supply during peak consumption periods, the company said.

Péter Horváth, CEO of the Dunamenti Power Plant, said: “We expect a rapid rise of energy storage solutions in the electricity sector over the next decade. So, following this pilot project, we plan to install additional electricity storage capacities in the coming years.”

One of Hungary’s other large battery energy storage projects in recent years was also at a natural gas plant, a 6MW/4MWh (40 minutes’ duration) system installed by Wärtsilä. That system was designed to operate in ‘virtual power plant mode’ to help regulate the grid, as well as providing primary and secondary frequency regulation services.

MET Group’s project’s longer duration should allow it to provide a broader range of use cases including wholesale energy trading.

The country is also notable for being chosen as the location for several high-profile lithium-ion battery gigafactory projects, including from Samsung, SK Innovation and most recently CATL, as covered by Energy-Storage.news. 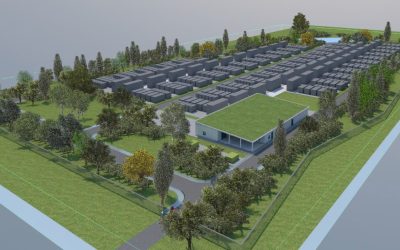 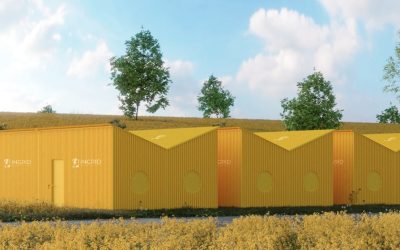