Many of the battery gigafactory projects in Europe are likely to see delays, analysts covering the sector tell Energy-Storage.news, as Chinese battery major CATL announced a second site on the continent.

A total of 1,416GWh of lithium-ion battery cell annual production capacity is currently planned in Europe according to upstream-focused publisher Battery-News.De, as of July 2022 (an infographic map produced for the publisher is pictured below).

Projects are being launched by newcomers like FREYR and Northvolt, automotive OEMs like Tesla and VW, and established cell producers from East Asia like BYD, LG Chem and CATL. Most planned capacity is set to go to the EV market rather than stationary energy storage, but a bottleneck in the supply of the former has knock-on effects on the latter.

CATL this week announced a second battery gigafactory project in Hungary, after its first in Germany which it told Energy-Storage.news was ‘going smoothly as planned’ and is set to start battery cell production by the end of 2022 as scheduled.

However, many projects will not open on time according to analysts looking at the market.

Dr Heiner Heimes, an academic specialising in battery production at RWTH Aachen University in Germany, and co-author of Battery-News.De‘s reports on the topic, told Energy-Storage.news that long lead times for equipment are proving a major challenge.

“Nearly all of the projects have some delay, though not all talk about it. But if you look at the current delivery times it’s clear we’ll see delays because it’s very hard right now to get the different components for the production equipment,” he said.

“But, these delays won’t be critical. A delay of three or six months won’t lead to investors saying ‘we have to stop everything’. And the good thing is, we haven’t seen one project that’s been cancelled entirely.”

Another analyst, research firm Delta-EE’s head of flexibility and storage Jon Ferris, did suggest that some gigafactories might not open at all. He cited a shortage of lithium carbonate as the main bottleneck affecting plans, and that some of the earliest projects have switched to producing lithium iron phosphate (LFP) batteries due to shortages in nickel, manganese and cobalt (NMC).

Delta-EE’s data shows that roughly a quarter of the c.40 major gigafactory projects, outlined in Battery-News.De‘s map, have been delayed. But many have also increased their nameplate capacity plans so overall the picture is still one of growth rather than volumes being pushed back.

One project which has has been widely reported as substantially delayed or even pulled entirely is that of Chinese company Farasis Energy, partner to automotive group Daimler, in Bitterfeld-Wolfen, Germany. An initial production start date of 2022 was reportedly pushed to 2024 and there are now doubts it may happen at all.

Outlet Mitteldeutsche Zeitung reported in May that the urban development contract between Farasis and the local council for the project had been terminated, citing official statements by both parties. But, as Dr Heimes alluded to, plans for a gigafactory project in Europe have not been officially cancelled by the company.

One of those to have both pushed back its initial planned start date for commercial production but doubled annual production capacity targets is Norway-based gigafactory company FREYR Battery. Company presentations as recent as February 2022 expected the start-up of production lines in its first gigafactory in late 2023 while the company is now targeting the start of production in the first half of 2024.

However, CEO Tom Jensen told Energy-Storage.news in a recent interview that this change in timeline was due to the company’s capital raise through going public last year happening 4-5 months later than planned, along with the process to combine and optimise its first two gigafactories into one.

“Given Covid, given everything, we like to say that we’re reasonably in line with what we’ve said previously. Of course, there is a month here and there because of things like the China shutdown and so on, but we’ve been able to mitigate the worst of that. In that way we can get up to the nameplate capacity a steady run rate of volume more or less in line with what we’ve been saying before,” he said.

“But it’s been a very difficult environment in which to do that. So when we’re saying that we’re reasonably on track, of course, it’s not one-to-one but it’s roughly there.”

Discussing how the company has been able to double capacity targets, he explained: “We see that we can upscale production with the 24M platform, that we have a replicable industrialisation blueprint which can be exported to other jurisdictions, and of course we see that both the incentives and demand in the market are booming.”

In the same press release announcing an expansion of its planned US facility, Turkish company Kontrolmatik Technologies said its LFP gigafactory on home soil ‘…will begin production by the second quarter of 2023’.

When asked if this meant a delay, considering previous statements by the subsidiary responsible for the projects that its first phase of capacity would ‘head to production by end of 2022‘ and ‘be fully operational by 2022 Q4‘, Kontrolmatik’s USA CEO Bahadir Yetki told Energy-Storage.news:

“There are no delays in our factory construction in Turkey indeed as planned. Factory will be completed at the end of this year, but commercial production will start as of second quarter of 2023 following a quarter of commissioning, training, testing and certification.

“Factory will be finished by the end of 2022 to start its production but commercial production will take another 3 months of pilot production, testing and certification. You can still accept end of 2022 as the completion of the construction and start of the production. We will only start “selling” by the 2Q 2023. If we can make all testing and certification ready before that we can always start commercial operations earlier.”

Changing battery chemistry to get around lithium shortages

One way to get around delays due to difficulties in securing the raw materials needed for production is to switch battery chemistry. Ferris and Dr Heimes both pointed to the switch to LFP amongst some projects although Dr Heimes said the majority are still planning for NMC ones, which have a higher energy density reflecting the market’s focus on EVs.

But shortages in lithium carbonate may open up an opportunity for non-lithium batteries which can at least partially slot in to lithium battery production lines. The founder of potassium-ion battery startup Alex Girau recently pitched its technology as the one most well-placed to do this.

Lithium-ion gigafactories reported to start production this year in Europe include CATL’s in Germany, a second facility in Hungary from SK Innovation, and two in Germany and France from from Automotive Cells Company, a new company backed by Saft, Stellantis and Mercedes. 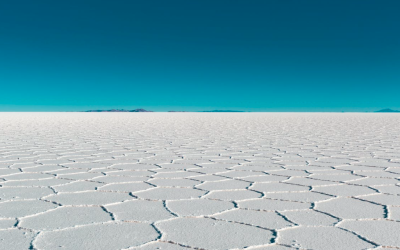 October 4, 2022
Despite having the largest lithium reserves in the world, Latin America (LATAM) has lagged far behind other continents when it comes to setting up lithium-ion gigafactories.