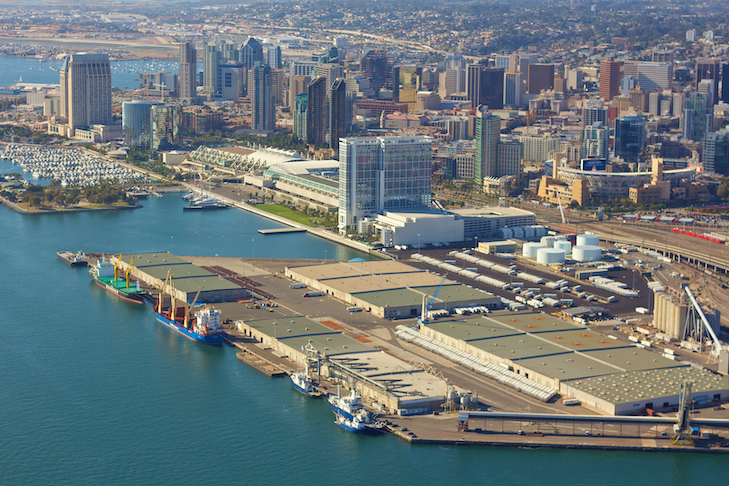 Commercial and industrial (C&I) microgrid projects have been awarded to Enel X and EDF Renewables North America in very different settings in the US, both using a combination of solar PV and stationary battery storage to improve air quality, reduce greenhouse gas emissions and add resilience.

Puerto Rico’s electricity system has been badly-hit in the recent past by hurricanes and rebuilding work continues. Regulatory body, the Puerto Rico Energy Bureau, included a target for more than 1,300MW of energy storage and more than 3,500MW of new solar PV capacity by 2025 in its most recent integrated resource plan (IRP), seeking to build back a cleaner and more resilient network.

The microgrid will help reduce Eaton’s electricity demand from local grid infrastructure while also being able to feed energy into the grid during times of surplus power generation. It will also be able to keep the site running in times of grid outages. Eaton said in a press release that the project also supports the engineering company’s own goal of achieving carbon neutrality by 2030 as well as the clean energy and resiliency goals of the Puerto Rico Energy Bureau.

The project will include 5MWac of solar PV generation capacity and around 1.1MW / 2.2MWh of stationary battery energy storage, integrated with existing onsite electrical infrastructure. Under Enel X and Eaton’s partnership on the project, Enel X will build, own and operate the microgrid on Eaton’s behalf.

This will include the integration of Enel X’s distributed energy resources (DERs) optimisation software which can help maximise the project’s value across multiple applications. Meanwhile Eaton will provide installation expertise and some of the system’s key technology components, including a microgrid controller and balance of plant (BOP) electric distribution equipment.

Eaton’s electrical sector president for the Americas regions said that the project partners are “evaluating additional opportunities in the region to provide a microgrid-as-a-service approach together,” having selected Enel X as its Puerto Rico project partner to “help us provide more sustainable and resilient power for the community”.

EDF Renewables North America, like Enel X also a new and clean energy technology arm of a European utility major, has won a microgrid project at the Port Of San Diego in California through a competitive solicitation process.

The microgrid is aimed at reducing the environmental impact of the port’s operations, including improving air quality, increasing use of renewable energy and reducing GHGs. EDF was identified as “highest ranked proposer” from five proposals received and the Board of Port Commissioners approved the project’s installation on 10 November.

Sited at the port’s Tenth Avenue Marine Terminal, which has been undergoing an extensive programme of renovations, the San Diego Unified Port District set out the microgrid’s favoured design options in 2018, which called for the installation of 700kW of rooftop solar PV capacity and a 700kW / 2,500kWh ground-mounted battery system.

“This is a groundbreaking milestone for the Port and we are extremely proud to be on the forefront of collecting sustainable power and demonstrating energy resilience. We will soon be one of a few ports worldwide that will have a microgrid powered by renewable energy at a cargo terminal,” Port of San Diego Board of Port Commissioners vice president Michael Zucchet said.

“We look forward to demonstrating a replicable model that can be used by other ports in California and around the world.”

The project will cost around US$9.6 million in total. The port itself will pay US$4.2 million towards the project’s costs while its partner, the University of San Diego will put in just over US$200k. A US$4.9 million contribution towards that cost will come from the California Energy Commission (CEC) through its Electric Program Investment Charge (EPIC) grant scheme. EPIC supports scientific and technology research to accelerate the transition to clean energy through promoting emerging and pre-commercialised tech solutions that have tangible benefits to electric ratepayers in the state. The project's grant is being awarded under the scheme's Business Case Demonstration for Advanced Microgrids category: for projects that advance California's clean energy goals through emissions reduction and improving air quality, demonstrating resilient, reliable and safe systems, providing technological advancements and breakthroughs and providing replicable models for further rollout of similar solutions.

A big factor in CEC deciding to support the project as well as in the Port’s Board approving it, is that the US$2.77 million in construction costs that EDF will get paid will be exceeded by the expected US$3.2 million of energy costs savings that it enables over 20 years. This was based on energy costs savings modelled by service provider Burns & McDonnell using the National Renewable Energy Lab (NREL) System Advisor Model software tool and by the Electric Power Research Institute (EPRI) using its own Distributed Energy Resources-Value Estimation tool.