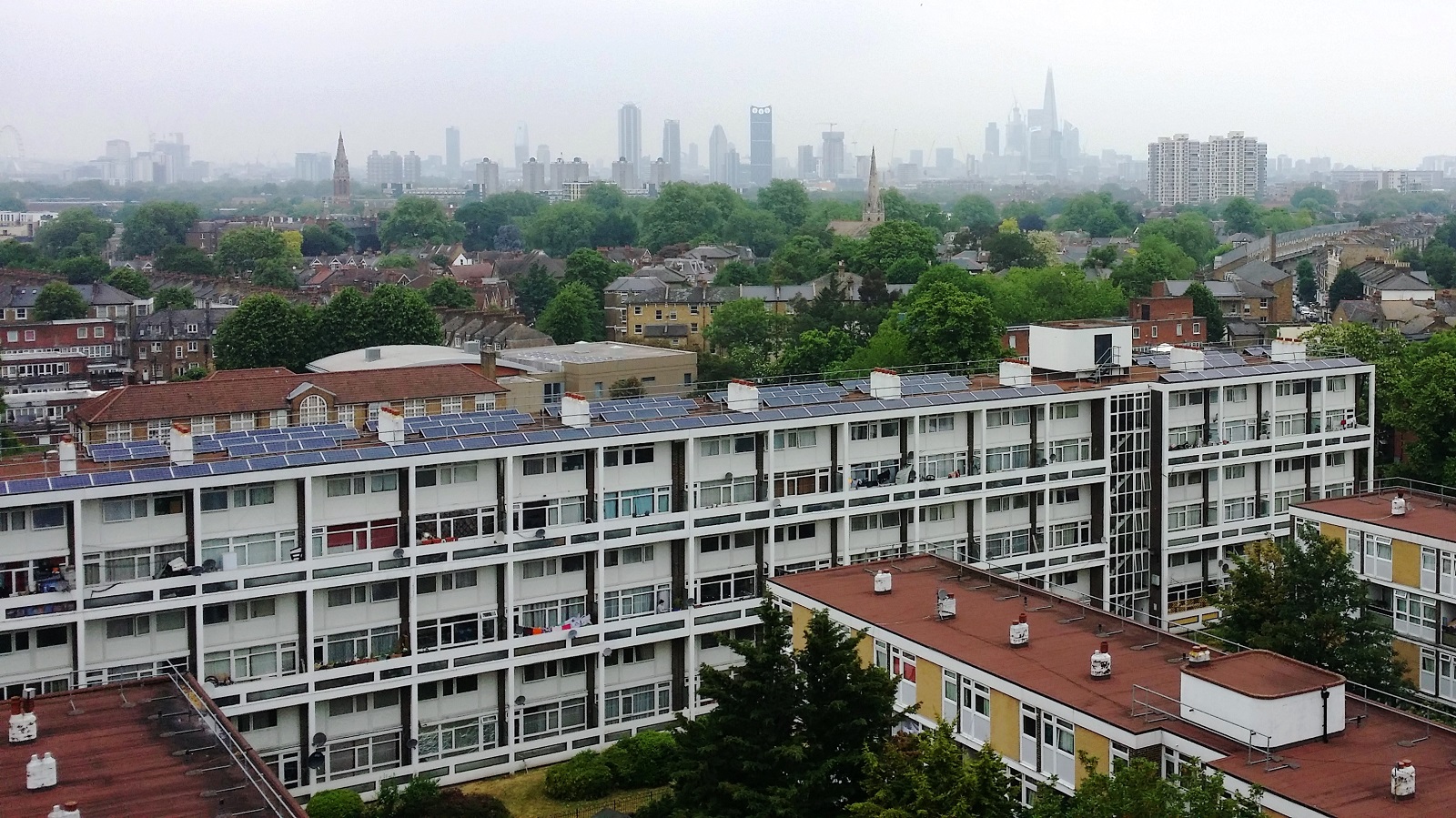 Consumers in a South London housing estate will soon be able to trade solar power amongst themselves as an blockchain-enabled pilot project backed by EDF gets underway.

Project CommUNITY, as it has been dubbed, will see EDF work alongside community renewables firm Repowering London and University College London’s Energy Institute on a peer-to-peer (P2P) trading platform using electricity generated from a rooftop solar installation at Elmore House, Brixton in London.

Power from the install will be used by the residents of Elmore House and stored in domestic batteries, ready to be shared between residents as and when it’s needed.

Blockchain technologies will be used to track and trace the power for transactional purposes, while a consumer-facing app is to be introduced to enable residents to access the trading platform and request power.

The project is to start next month and run through to October 2019, but has been in the pipeline for some time.

Our sister publication Current± first mentioned the project back in July 2017, when regulatory body Ofgem revealed it to be one of a number of projects it was looking to include within its Regulatory Sandbox.

Under current regulations customers are only permitted to purchase electricity from a single party, essentially prohibiting the development of peer-to-peer trading networks. However Ofgem is known to be considering changes to the regulatory framework as the power sector evolves.

Xavier Mamo, R&D director at EDF Energy, said the firm was committed to unlocking the benefits that new technologies stand to bring to the sector.

“By collaborating with our partners and using blockchain technology, this project in Brixton aims to show how small communities in dense urban areas could benefit from a low carbon and local energy system in a new and transformative way.”

It's the latest in a series of pilots for P2P trading at aggregated household or small business level. There have been several in Britain, while Australia conducted its first ever peer-to-peer electricity trade between residential properties – again enabled by blockchain – in August last year. Meanwhile in the US the likes of storage system and software controls provider EnSync have performed similar projects already on a commercial basis in territories like Hawaii. On a different scale, in mainland Europe, storage company Sonnen conducted a blockchain project to trade electricity between customers in northern and southern Germany and across into the Netherlands a while back with grid operator TenneT. Sonnen head of e-services Jean-Baptiste Cornefert wrote about that project for the site at the beginning of last year.