The 15-year off-take deal has been signed with Leeward for its Chaparral Solar Facility in California’s Kern County — which is home to many of the state’s big renewable energy facilities as well as its petroleum extraction industry.

Chaparral combines 102MW of solar PV with a 52MW / 208MWh battery energy storage system (BESS). Construction is set to begin in December this year and will be completed and connected by December 2023. The contracts signed by Peninsula and Leeward cover a PPA for the solar and dispatch rights for the battery storage.

Peninsula Clean Energy is one of California’s Community Choice Aggregation (CCA) groups, which allow residents to choose where and from what source their power comes from, while the CCA utilises the existing infrastructure of major investor-owned utilities (IOUs) in the state to distribute power to its members.

Founded in 2016, Peninsula serves just under 300,000 customers in San Mateo County and the City of Los Banos. Mission-driven to reduce carbon emissions, in early September the CCA announced a deal to receive 35MW of power from Geysers, a 725MW geothermal power plant.

The Chaparral deal with Leeward marks a first solar-plus-storage PPA for Peninsula Clean Energy which aims to supply its customers with 100% renewable electricity by 2025, 20 years ahead of California’s already-ambitious policy goal of carbon-free electricity statewide by 2045.

California CCAs have become big customers for renewable energy project developers in the past couple of years. Energy-Storage.news has reported on similar deals during 2021 for CCAs like Desert Community Energy, which signed a 20-year PPA with developer Vesper Energy for the output of a 50MW PV plant with 200MWh of battery storage, announced in May; San Diego Community Power’s PPA with developer Baywa r.e. for a 70MW PV plant with 280MWh of DC-coupled battery storage announced in July; several deals by Clean Power Alliance, one of the biggest CCAs; and a joint procurement of 778MW of renewable generation with 118.75MW of energy storage by Central Coast Community Energy and Silicon Valley Clean Energy, announced in late July.

The majority of solar-plus-storage deals are for PV paired with batteries of four-hour duration, which enables the electricity supplier to meet a good percentage of its evening customer peak demand period with renewables. The peak typically occurs from about 4pm until 8pm, as solar production tails off and customer domestic electricity demand ramps up. A group of CCAs is also running a 500MW request for proposals (RFP) for long-duration energy storage, considered to be a world-first.

Leeward Energy is owned by OMERS, a Canadian defined benefit pension plan group, through one of its investment arms, called OMERS Infrastructure. Leeward already owns and operations around 2,000MW of operational renewable energy capacity across nine US states and has a 17GW, 100 project development pipeline of wind, solar and energy storage.

The beginning of commercial operations at Top Gun, the latest large-scale, four-hour duration lithium-ion battery project in the US energy storage and solar hotspot state, was announced by RES and utility San Diego Gas & Electric (SDG&E).

SDG&E said as the project was under construction in April that energy stored in the batteries will be available for dispatch by grid operator CAISO as needed. In addition to contracting with third-party owned systems, SDG&E is connecting around 135MW of BESS that it will own to the local grid by 2022.

Top Gun is named after a naval aviation programme which used to be run at the Marine Corps Air Station Miramar, adjacent to the BESS site. RES — which was a pioneer of some of the US’ early battery storage projects to deliver frequency regulation in the PJM Interconnection market — will also provide long-term operations and maintenance (O&M) services to the system.

California grid operator CAISO has previously said that around 2,000MW of battery storage would be installed in the state by the start of this quarter of the year, a huge jump from around 250MW connected to the grid by mid-2020. The majority of new capacity is four-hour duration lithium-ion battery storage, CAISO said. With the state suffering shortfalls in energy during summer peaks, state governor Gavin Newsom has also enacted measures to expedite permitting and other aspects of the deployment process for energy storage as well as renewables.

May 6, 2022
Power company AES Bulgaria has signed a non-binding memorandum of understanding (MoU) with the Bulgarian ministry of energy to assist the country in its decarbonisation transition. 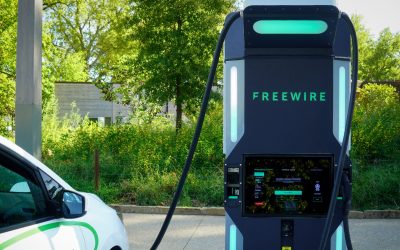