California’s inclusion of US$380 million financial support for long-duration energy storage projects could “activate” up to 20 projects in the US state, which has a “tremendous need” for energy storage.

Governor Gavin Newsom announced California’s budget for 2022-2023 this week. The funding for long-duration energy storage was part of an overall US$2 billion Clean Energy Investment Plan, which also offers up funding for green hydrogen, decarbonisation of buildings, a pumped hydro storage plant at the Oroville Dam hydroelectric facility, and other measures.

While there is a big green energy industry controversy hanging over California at present, with the future of net metering (NEM) for rooftop solar in doubt, the support for energy storage has been welcomed by the Long Duration Energy Storage Association of California trade group.

“We applaud Governor Newsom for reconfirming his commitment to address our state’s urgent changing energy needs and provide equitable climate solutions to prepare and protect all Californians with his 2022 California Blueprint,” the association’s executive director Julia Prochnik says in a statement sent to Energy-Storage.news.

“The US$380 million General Fund allocation over two years allows for long-duration energy storage projects throughout the state to support grid reliability and resilience. This allocation stimulates diverse technologies to meet the growing needs and scale of renewable energy generation required to power the grid for multiple hours and days.”

California has set itself the policy goal of sourcing 60% of its electricity from renewable sources and eliminating greenhouse gases (GHGs) from the electricity sector entirely by 2045.

A study published in late 2020 by Strategen Consulting in partnership with another trade group, California Energy Storage Alliance (CESA), found that this meant the state would need to deploy between 2GW and 11GW of long-duration energy storage by 2030.

California is already the US’ leading state for solar and battery storage at a number of scales. According to a recent blog by CESA executive director Alex Morris, the amount of standalone battery storage increased from about 500MW in mid-2020 to more than 3,000MW by the end of last year.

While this storage — nearly all of it four-hour duration lithium-ion batteries — helped grid operator CAISO avoid dire power shortage situations last summer that had been forecasted, the higher the shares of renewable energy the state goes to, the more the need for energy storage of longer durations increases.

Shortly following the budget’s announcement, Energy-Storage.news spoke with Curtis VanWalleghem, CEO of Hydrostor, a company which has developed a novel advanced compressed air energy storage (A-CAES) technology and just got a US$250 million investment commitment from Goldman Sachs Asset Management.

Hydrostor is seeking to build 900MW / 7.2GWh of eight-hour duration A-CAES split across two sites in California and has already filed permitting applications for the projects.

“California really is leading the way,” on the transition to clean and renewable energy, Van Walleghem says.

The state has a “massive economy,” was one of the first to get out of coal, is now getting out of natural gas as well as nuclear. It has not been afraid to lead, and gone to higher shares of renewable penetration before nearly everywhere else in the US — the famous Duck Curve of solar generation versus energy demand was discovered in California, the Hydrostor CEO points out.

“They’ve got a tremendous need for storage — that will look like all the other places around the world eventually — but, they really are kind of a leader in terms of where this energy transition is going.”

The whole world is going to need a lot of energy storage in the coming years, but for California it’s a “little bit more near term,” he says, “given how progressive they have been on their energy profile over the years”.

The US$380 million General Fund money budgeted to support long-duration should be looked at “kind of like a grant programme, where they’re looking to help on the margins, get additional projects going quicker”.

While in the grand scheme of things, tens of billions of dollars will be needed to decarbonise the grid and add the storage California — and other territories — needs. But while US$380 million might not seem a big dollar amount in that context, the funding “can activate 10 or 20 different projects and just help them get going,” Van Walleghem says.

‘One of the many levers’

The funding is “just one of the many different levers that are helping to try and accelerate energy storage and help drive the climate change fight,” he explains.

There are other such levers in California, which like many other US states, is already in the front line of that fight, from wildfires to droughts.

In May last year, the state’s regulator, the California Public Utilities Commission (CPUC), called for a 1,000MW long-duration energy storage procurement for 2026, defined as technologies offering between eight and 100 hours of duration.

Then in August, in declaring a State of Emergency over climate and energy issues, Newsom’s administration issued a roadmap towards achieving the 100% clean energy goal: long-duration energy storage was included in that roadmap as one of five pillars of the state’s energy system going forwards.

Funding has also been given for demonstration projects that can give communities in at-risk locations resiliency from power outages caused by natural disasters or grid failures, such as grants from the California Energy Commission (CEC) for a project to combine four non-lithium energy storage technologies, and microgrids that use vanadium flow batteries.

There is also some support at the federal level, Hydrostor’s Curtis VanWalleghem points out. The US Department of Energy (DOE) Loans Program Office, which recently reopened with a US$40 billion remit for supporting clean energy tech and the Office of Clean Energy Demonstrations, which is in the process of being set up with US$20 billion funding for technologies including long-duration storage and green hydrogen.

US Energy Secretary Jennifer Granholm has been vocal in emphasising the role of long-duration storage and a long-duration research facility is being built for 2025, roughly the year that CESA and Strategen have pointed out as when long-duration development really needs to take off to have a chance of decarbonisation to become rapid by 2030.

President Biden’s Build Back Better Act legislation includes an investment tax credit (ITC) for standalone energy storage. which could reduce the capital cost of deployment by about a third. It could be a powerful incentive for storage, Hydrostor’s CEO said. Build Back Better however is currently languishing in limbo, with Democrat Senator Steve Manchin of West Virginia effectively bringing the bill’s passing in its current form to a standstill. 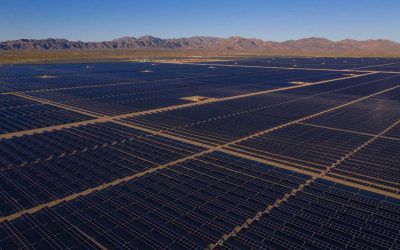 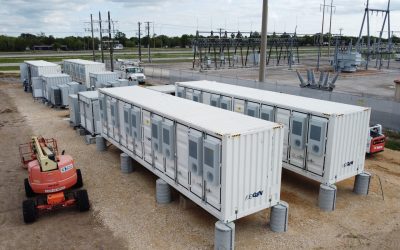