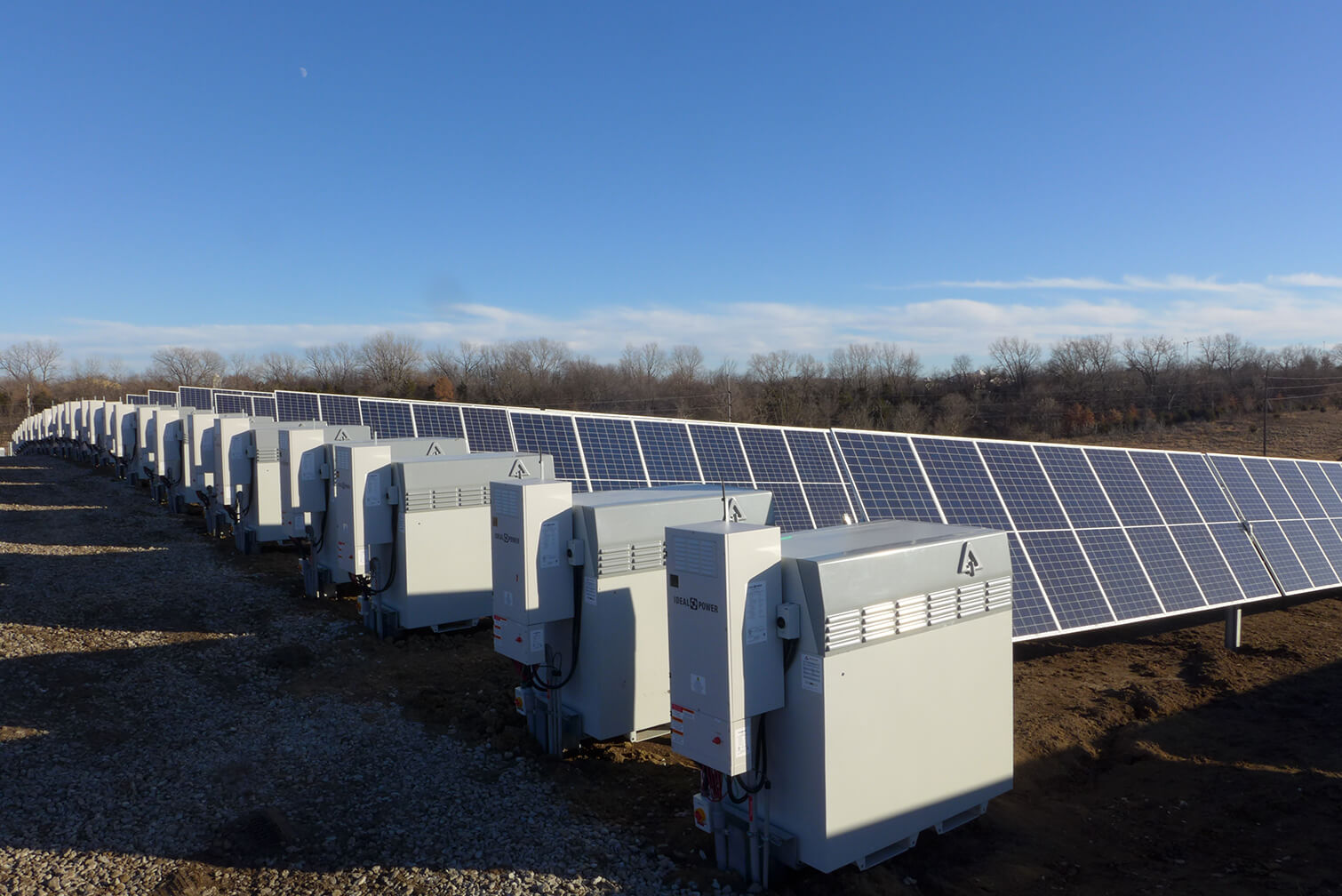 Vanadium flow battery provider Invinity Energy Systems got its chance to show California what its systems can do to integrate higher shares of renewable energy in a recent projects award from the California Energy Commission. Image: Invinity.

Update 26 October 2020: Silicon Valley Clean Energy (SVCE) CEO Girish Balachandran told Energy-Storage.news that the group of 11 CCAs participating in the Request for Information earlier this year has now become eight participating in the subsequent Request for Offers due to the fact that “we are keeping ourselves open for future participation by others with the formation of a Super Joint Powers Agency that will allow for ongoing and future collaboration among CCAs,” Balachandran said.

“Also, all CCAs are committed to moving forward to developing preferred resources to meet CPUC requirements, and we expect one or more CCAs will be issuing their own RFOs for long-duration storage.”

Referring to Central Coast Community Energy, Balachandran said that this is the new name for Monterey Bay Community Power, which was already participating but since has “expanded their territory to serve more counties in California’s Central Coast, hence the re-brand”.

A group of Community Choice Aggregators (CCAs) in California, US, are seeking long-duration energy storage to add resiliency to their electricity networks serving around three million customers.

Eight CCAs have jointly issued a Request for Offers for up to 500MW of long-duration storage that can charge up from the grid and then discharge for between 8-16 hours. The winning project, or projects, would obtain minimum 10-year contracts and would be expected to be completed and online by or before the year 2026.

CCAs are permitted to supply energy to residents in several US states and in California operate in the service areas of the major investor-owned utilities, benefitting from existing transmission and distribution infrastructure, while being able to freely determine their energy suppliers and generation mix.

There have been numerous moves in recent months by CCAs in the state and elsewhere to contract for the output of new solar-plus-storage facilities, although so far most if not all of those deals have involved lithium-ion battery energy storage with up to about four hours maximum duration.

In June, the group of CCAs issued a Request for Information (RFI) on long-duration technologies that could be connected to the grid of the California Independent System Operator (CAISO). There were 11 different CCAs involved at that time, and the group said it could issue an RFO as early as this summer.

Energy-Storage.news has asked and is awaiting reply from representatives of Silicon Valley Clean Energy (SVCE), one of the CCAs, on whether it can offer clarification on why the group of 11 has become eight, including one new name – Central Coast Community Energy – that appears to have joined since the June RFI was issued.

SVCE said there appears to be “significant supplier interest” in a press release last week: the RFI had received nearly 60 project entries covering 14 different technologies. The long-duration grid-connected storage systems that the group of CCAs is seeking should be able to charge up during peak renewable energy production and then discharge to the grid at times when renewable generation output is lower.

“By working together, the eight CCAs are able to procure large-scale projects that would be challenging for one CCA to procure on its own. Collaborating on this long-duration storage solution allows the CCAs to manage financial and technology risks while still diversifying portfolios with cost-effective and innovative resources,” SVCE CEO Girish Balachandran said.

In related news, the California Energy Commission (CEC), somewhat analogous to a Department of Energy (DoE) at state government level, is seeking to support the deployment of long-duration storage resources. Various studies have shown that longer duration storage will be necessary to accomodate the state's ambitious policy goals of reaching 100% renewable electricity within 20-25 years.

The CEC recently gave approval to fund four projects totalling 7.8MWh by vanadium flow battery manufacturer Invinity Energy Systems as part of an ongoing examination of the various options, which also include zinc batteries and other technologies.

Last week the CEC also awarded utility-scale and microgrid development and systems integration company Indian Energy with a US$1.2 million grant to demonstrate the use of a long-duration storage flywheel system alongside a 150kW solar PV facility in a renewable energy-powered microgrid.

As was seen in a two-part blog published on this site last week covering various recent developments in California, the state’s public and private actors are taking a multi-faceted approach to solving its complex energy supply and resiliency situation, from new interconnection rules, flow batteries and solar-plus-storage procurements by CCAs, to power-to-gas, solar-storage microgrids and artificial intelligence.

Last Tuesday the District’s board approved US$2.2 million in funding for the design of the four battery projects, which will be built at carefully selected water treatment plant facilities. Each of those facilities meets the criteria of being in areas at high threat of fire and/or because they are located in low-income and otherwise disadvantaged communities and because the Metropolitan Water District of Southern California has already invested money in adding on-site solar generation.

The sites also meet necessary criteria to receive California Public Utilities Commission incentives. The projects, expected to be built and online by mid-2022, could cost up to US$12 million to build, but due to the benefits they will provide back, the District expects them to achieve payback within three years of going into operation. To date, projects by various providers have been announced in the regions of California that are frequently hit by drought – in what has been described as the state's water-energy nexus – such as those from the likes of Engie and Advanced Microgrid Solutions, among others.

See full details on the CCAs' joint Request for Offers, including deadlines and required documents, on the Silicon Valley Clean Energy site, here.