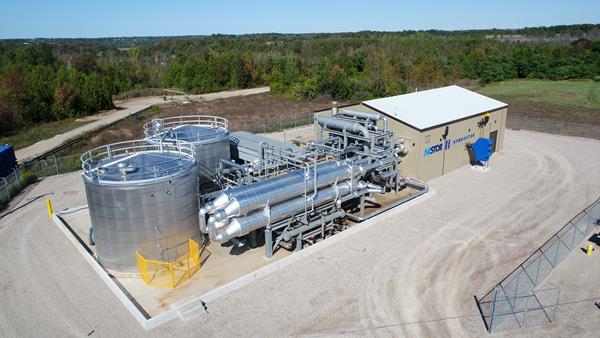 The California Public Utilities' Commission (CPUC) has tabled plans to mitigate a potential shortfall of electricity through the rapid procurement of new capacity over the next five years, 90% of which must be non-emitting firm resources.

Proposals led by two CPUC commissioners and published last week are aimed at addressing “mid-term reliability” which is defined as ensuring electricity supply and reliability of supply to the state is ample between 2023 and 2026. If adopted, the plans look likely to include a world-first large-scale procurement effort for long-duration energy storage technologies of 1,000MW.

The state has had well-publicised struggles meeting those requirements in the past, most recently during a major heatwave last August, and there is also the retirement of the 2.2GW Diablo Canyon nuclear plant to contend with during that mid-term period. Also retiring will be a number of thermal generation power plants that don’t meet California’s updated requirements for limiting water use for cooling.

The proposals, which will be voted on late next month, order the state’s load-serving entities — including the three big investor-owned utilities, municipal utility groups and community choice programmes — to procure at least 11,500MW of additional electricity capacity. This capacity needs to be deployed by 2026: 3,000MW by 2023, another 4,500MW by 2024, 2,000MW more by 2025 and then the final 2,000MW in the last year.

The order leaves in place a big opportunity for energy storage, particularly long-duration, to play a role in that 2026 round of procurement: the CPUC called for the aforementioned 1,000MW procurement of long-duration storage (defined as eight hours+ duration but ideally up to and beyond 100 hours) but also 1,000MW of firm or dispatchable resources. ‘Firm’ was defined as 85% capacity factor and ‘dispatchable’ as meaning available to inject electricity into the grid of more than 5MWh between 5pm and 10pm each day to meet peak demand.

In a recent budget revision proposal, California governor Gavin Newsom pledged US$912 million to accelerate progress on climate change mitigation, including US$350 million support for developing long-duration energy storage projects and technologies as well as a US$110 million General fund to accelerate production of green hydrogen.

California has in place a state policy, called SB100, which requires all electricity resources in the retail sector to be zero-carbon by 2045. The CPUC said it expected “almost all” of the resources procured following its latest order to be zero-emitting, including 2,500MW of firm resources to replace Diablo Canyon’s retiring nuclear generation.

However, between 1,000MW and 1,500MW of the 11,500MW total can come from fossil fuel sites if they represent efficiency improvements, upgrades or repowering of existing sites. The fossil fuel capacity should only be relied on up to 2025, the CPUC said, and they can not be located in disadvantaged communities, which in many cases are already disproportionately impacted by air pollution and greenhouse gas (GHG) emissions from thermal power plants.

The commission said considering the inclusion of fossil fuel resources was the most difficult decision it had to make, highlighting that it understands the importance of decarbonisation and the negative impacts of emissions and air pollution on California’s communities.

Nonetheless, it said that while California’s share of renewable energy on its grid is among the highest in the world and the “huge proliferation” of battery storage resources it is seeing is on a scale “not seen anywhere else,” it is confident that it can reach long-term goals reaching out to 2030 and 2045, while making a sacrifice in the short and mid-term.

One energy sector source that Energy-Storage.news spoke with highlighted concerns that the plans lock in dependence on natural gas, while also putting in place certain new regulatory and environmental hurdles for long-duration energy storage which could extend timelines out beyond the 2025-2026 timeframe the CPUC is anticipating.

The source said that the order was a “major step” forwards in recognising the challenges California faces, but expressed concern that the procurements could be achieved in such a short time frame and noted that the transmission and distribution infrastructure to deliver this new electric capacity where it will be most needed could be inadequate.