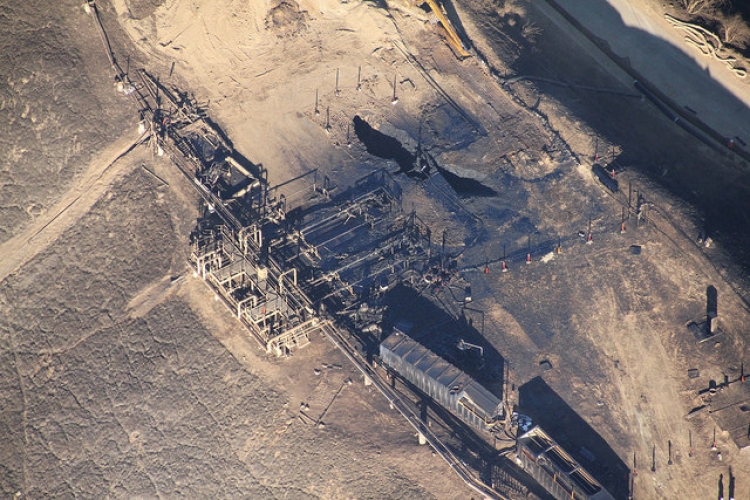 In the summer of 2016, Southern California descended into a state of emergency. After the four-month Aliso Canyon natural gas leak that began the previous October, power generators in the region were bracing the threat of blackouts as long as 14 days as a result of the power shortages.

According to the California Energy Commission, the Aliso Canyon shutdown was forecast to affect power plants providing nearly 10,000MW for the Los Angeles Basin, most of which are called in to provide electricity on hot days or during power outages.

Time was of the essence as California governor Jerry Brown declared a state of emergency with the California Public Utilities Commission (CPUC), California Energy Commission and California Independent System Operator (CAISO) clubbing together to address the energy shortages triggered by the methane leak.

In order to mitigate against predicted power disruptions, regulators called for alternative measures to aid in offsetting the lost gas supplies, with energy storage at the forefront of those plans, alongside solar PV, solar thermal, energy efficiency and demand response.

Brown handed over the reins to utilities and regulators, allowing them to calculate what, and how much of what, needed to be procured to fill the projected shortfall in peak energy capacity. Peaking capacity is a service that has historically been provided by thermal generators, but in this instance utilities needed to act much more quickly, and batteries were a solution that could be deployed quickly enough. This freed up utilities to start procuring batteries. And procuring lots of them.

In a landmark resolution, the CPUC expedited direction to utility Southern California Edison (SCE) to procure energy storage projects on an emergency basis. In fact, SCE released a Request for Offer (RfO) the day after the resolution. Likewise, San Diego Gas & Electric (SDG&E) issued an RFO to expedite energy storage projects that they had already had in development, in the interest of rapidity.

“Around May 2016 is when the CPUC asked us via a resolution to expedite projects that we already had in development through an RfO,” says Josh Gerber, SDG&E energy storage and smart grid expert.

“We had already pre-qualified a number of those bidders and as a result we could move very, very quickly. We still had to get the contracts completed and we still had to get projects identified and ultimately built, but it was really because we already had that RfO in process that we were able to mobilise things so quickly.”

In a similar vein, SCE was already running a procurement, and was able to reach out to involved bidders with ‘shovel-ready’ projects to ask if they could meet the timelines proposed. Initially, SCE made plans to buy at least 16.3MW of connected energy storage capacity of no less than 0.5MW in capacity each. These projects would have to be commissioned in record-timing; with SCE imposing a 31 December 2016 deadline and 31 January 2017 in SDG&E’s case.

It was no easy feat as utilities were constrained by the amount of physical space that they had; being limited by substation locations and the electrical interconnection capacity. Once SCE and SDG&E had settled on the project locations, they aimed to maximise the amount of power and energy storage that we could fit there, based on what was available.

“In between May and July 2016 we identified the sites and selected the contracts,” said Gerber. “We ultimately submitted that to the regulators by 18 July and got approval to proceed one month later on 18 August.”

In total, the two utilities sought to procure just over 100MW of storage (250MWh+) through projects ranging in size from 2MW-30MW – with the vast majority of it being longer duration, 4-hour systems, spread across eight projects. The main system suppliers were AES, Greensmith Energy and Alta Gas, Tesla, Powin Energy, GE and Western Grid Development.

Therefore, contractors were given just a few months to expedite their projects and have them grid-ready, putting significant pressure on a process that under normal circumstances, could take years, according to Powin Energy president Geoff Brown.

“One of the most impressive challenges that we were able to overcome was that from the date the RfP came out in late May to when the batteries and inverters were fully installed and ready to go in December, the entire project took less than six months from start to finish. And if I can brag on that for a second, it was the work of our director of engineering applications Stephan Williams, to be able to get the project through the permitting process, the land leasing process and get it through the engineering and construction process and that includes the contracted phase.

“Any of those typical processes should take six months alone, and to do all of them simultaneously shows a lot about what the technology is capable of.”

The Aliso Canyon storage procurement did show indeed what energy storage was capable of; setting records for both the fastest grid-scale storage deployment and the world’s largest lithium-ion battery facility, and with the four-hour duration projects, also demonstrating energy storage is capable of offering economic capacity products, in addition to shorter duration products. Further, the procurement exemplified that storage has the ability to be cost-competitive and effective from a commercial business standpoint and provide valuable functions for utilities in the electricity market.

Part II of this blog will examine some of the record-breaking projects in the procurement, as well as the anaylsts' comment on what this all means for the US energy storage industry at large and can be read here.