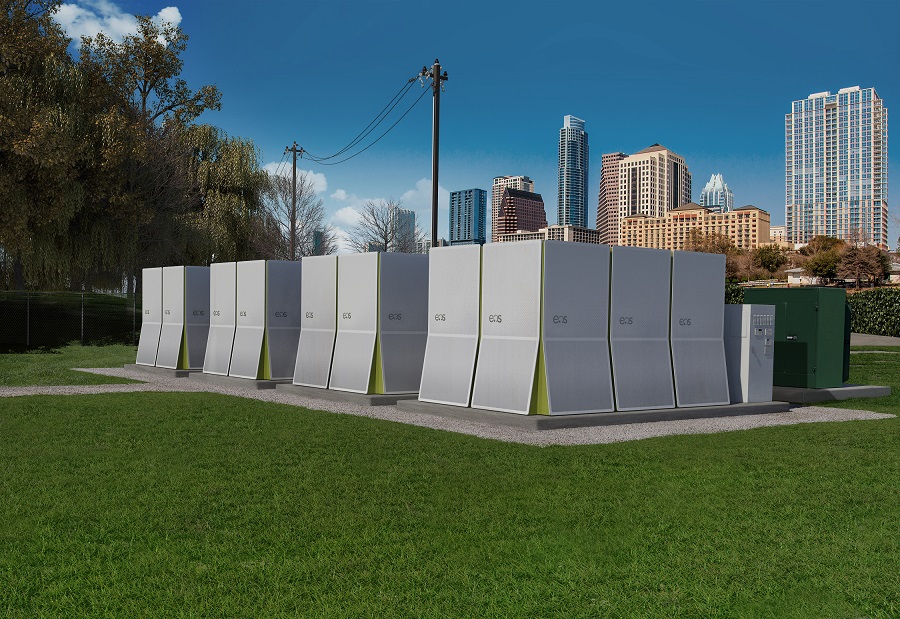 The company formed a partnership with West Africa-based mini-grid engineering, procurement and construction (EPC) company Nayo Tropical Technology, as Energy-Storage.news reported in July. Yesterday Eos, one of a number of technology companies now seeking to commercialise energy storage systems based on zinc battery chemistry, said that partnership has been expanded.

Eos’ zinc hybrid cathode battery works by plating and replating zinc and the US company has a manufacturing joint venture (JV) in place with nuclear technology company Holtec called HI-POWER.

Originally, Eos had said Nayo Tropical Technology has a pipeline of 25 microgrid projects in various parts of West Africa, with the first the pair will work on located in Nigeria. The company said that under the expanded terms of their agreement, Eos’ Aurora EnergyBlock systems, each rated at 125kW / 500kWh will be installed at the four microgrid sites in the country during the first quarter of next year.

The microgrid projects will combine solar PV generation with the batteries, providing households and local businesses in rural locations with an environmentally friendly solution that reduces dependence on expensive and polluting diesel generators.

Eos said its systems can operate under high temperature climate conditions, as they do not require HVAC systems and can store and release renewable energy for durations of between around 3-6 hours. The company also claimed its systems are simple to install and have minimal auxiliary power requirements, offer simple maintenance and long expected product lifetimes.

The company has previously said the systems can achieve full 100% depth of discharge cycling with no degradation to battery cells and expected lifetime is 15+ years. In mid-2019, Eos claimed the cost of its energy storage is about US$160 per kWh for a 4MWh system.

It’s the latest in a series of big announcements from the company this year: in May, it said it will deploy a 4MWh system for an oil refinery in Greece, and then in September said it has made agreements with customers to deploy 1GWh of systems in Texas and 500MWh in California. Eos is also targeting going public through a merger with B. Riley Principal Merger Corp. II, a special purpose acquisition company created by financial services company B. Riley Financial. Eos CEO Joe Mastrangelo said in late August that discussions to solidify that merger were “on track”.