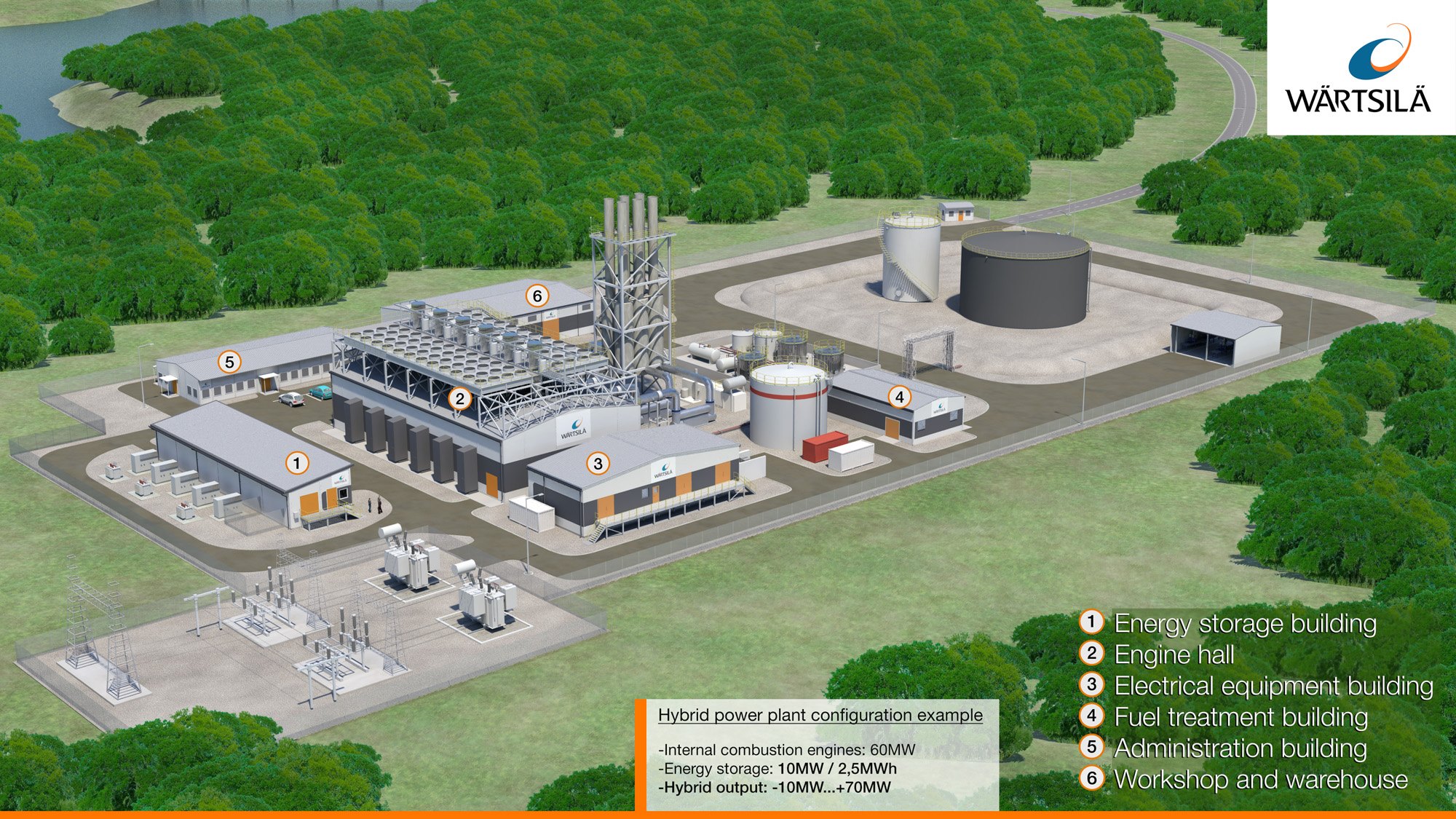 The Finnish company, perhaps best known as a supplier of engines to the maritime industry, announced yesterday its move into the sector. Wärtsilä said it will focus primarily on hybrid solutions where conventional engines are combined with energy storage to increase their efficiency, reduce emissions and save fuel. It will however also make standalone energy storage solutions available.

The company joined the solar PV industry in 2016, and that year also signed a cooperation agreement with energy storage system integrator and software specialist Greensmith to license the latter’s proprietary GEMS platform for energy management system (EMS) control. Wärtsilä claims that GEMS can support the running of hybrid power plants to best utilise both engines and energy storage alike.

According to Wärtsilä Energy Solutions director Risto Paldanius, not only does the launch make Wärtsilä a provider of energy storage systems, it also makes it a systems integrator, “as we are able to optimise the usage of our hybrid power plants with EMS software”.

In an FAQ document on its website, Wärtsilä said it sees “high market potential in island/isolated grids, [the] captive power sector and in the areas where there is high renewable energy source [sic], particularly solar PV, deployment”.

Large markets for energy storage already exist in specific regions of the US, in the UK and in Central Europe, Wärtsilä pointed out, highlighting the price decline of lithium-ion batteries as a significant driver for the market’s ongoing growth.

Wärtsilä said it believes there will still be a continued market for “flexible dispatchable thermal power generation”, especially for when the sun does not shine and the wind does not blow, although this could perhaps be a nod to their existing core business as much as realistic expectation.

The company said the technologies used are “technically mature and commercially available”. It will rely on its existing sales network, as well as procurement and project delivery organisations and remain responsible for O&M (operations and maintenance) on all projects.

Battery manufacturers were being invited to partner with Wärtsilä on the new solutions, with the Finnish company stating it had no interest in producing its own batteries. It also said that remaining technology neutral would help it de-risk the business.

“Wärtsilä wants to co-operate and partner with such manufacturers, similar way as in our traditional engine business. We are always looking for and evaluating M&A opportunities in the market,” the FAQ document said.

Finally, Wärtsilä said it supported the Finnish city of Vaasa’s bid to host a new ‘Gigafactory’ for Tesla in Europe. The city has even set up a website for the bid, while Wärtsilä said it would be welcoming of a partnership with the EV-manufacturer/sustainable energy tech company.