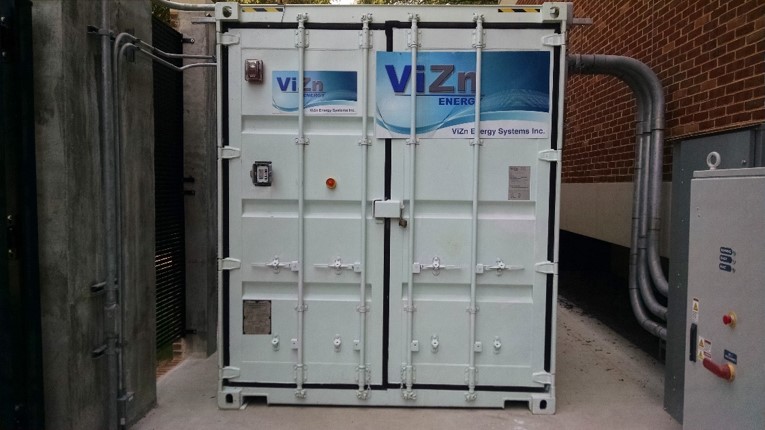 The energy storage system will be installed at PGCIL’s facilities in Puducherry, by ViZn’s local partner firm Raychem, a joint venture between US firm TE Connectivity, and India’s RPG Enterprises, which specialises in grid integration of renewables.

Such a deployment is significant in India because most Indian utilities that tender energy storage projects require participating developers to have already installed 1MWh capacity within India, a ViZn spokesman told Energy-Storage.News. Moreover, he claimed that PGCIL, like many utilities, is “aggressively” working on its understanding of how flow batteries – ViZn’s specialism – can provide grid services over a 20-year period.

The Puducherry grid, located in the northeast of Indian state Tamil Nadu is typical of India and would benefit from stabilising services, especially as more variable renewable sources are brought online. Tamil Nadu also happens to have by far the largest amount of installed solar PV of any state in India at present, and has seen significant curtailment and delayed payments for both wind and solar projects. This makes it a prime location to use energy storage, which is in its infancy in India. Prominent analysts project India to add 9GW of solar this year and the South remains a major focus. India is also already the fourth largest wind market in the world with 25GW installed, according to the Global Wind Energy Council.

The new project will therefore not only help stabilise the grid, but will also improve PGCIL's knowledge of how to deploy flow batteries. PGCIL, which runs India’s inter-state transmission systems and the national and regional power grids, has therefore begun to look at how storage can play a key role in balancing the grids of tomorrow.

In 2015, SunEdison announced it would be bringing storage technology to India via another flow battery maker, Imergy Power Systems, to power 54 village micro-grids. Imergy later installed a vanadium flow battery at a SunEdison and Global Academy of Technology R&D centre in Bangalore, India. Despite the fanfare, SunEdison went bankrupt and Imergy entered insolvency last year.

“Intermittent and non-deterministic renewable resources attached to the grid must be managed closely to ensure stability and resource adequacy,” said the spokesman. “ViZn provides a very unique storage solution that is not 'cycle limited' and can do both power and energy simultaneously over the 20-year life of the product, which directly address renewable limitations. Additionally, the ViZn system performs well without external HVAC in high temperature areas without any performance degradation over the life of the product.”

Indeed Raychem also cited ViZn’s batteries’ ability to withstand a harsh tropical climate that often exceeds 120°F in the summer without cooling systems as a major reason for partnering them, alongside the lack of degradation over 20 years.

Flow batteries are also noted to pose no long-term threat from hazardous materials, and do not require special handling or other considerations. Furthermore, ViZn touted the ability of flow batteries to perform both rapid, high-power discharges and slower, long-duration releases at lower power.

ViZn has multiple projects under bid and development in India with Raychem and both firms expect to carry out several more projects with PGCIL in the future.

“Energy storage can resolve [transmission and distribution] issues, better integrate clean energy, offer businesses reliable and resilient power, and cost effectively enable microgrids for the 20% of the population that does not have grid access,” said Ron Van Dell, president and chief executive of ViZn Energy Systems. “Raychem is a highly respected energy and infrastructure company and we look forward to working with them on our initial entry to the Indian market.”

In January, Energy-Storage.News reported that India’s first grid-scale solar-plus-storage tender from Solar Energy Corporation of India (SECI) had received very strong interest with a total of 13 developers submitting bids. SECI could even adopt storage for all future solar tenders.

ViZn to provide storage in Nicaragua

ViZn Energy Systems recently announced it would be providing a 200kW / 800kWh zinc-iron redox flow battery for integration with a microgrid project at a Nicaraguan resort. This included a 800kW solar PV array.

“Electricity in Nicaragua is amongst the most expensive in Latin America and many C&I customers there are on a grid tariff with a peak rate between 6pm and 10pm when the energy usage spikes,” said Van Dell. “There is also no net metering for excess solar electricity, so our four-hour battery is a strong match for the market because it enables customers to install larger PV systems, get significantly cheaper energy than the grid rates, and mitigate elevated energy and demand rates during the evening network peak.”