US Congress urged to clarify eligibility of energy storage for ITC 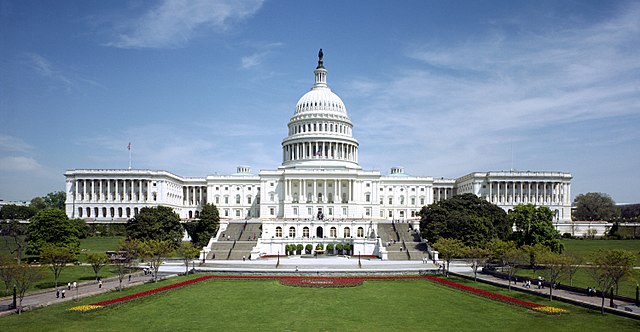 The US government has been urged to recognise the “critical role” energy storage can play in making the grid cleaner and able to accept more renewable energy, by increasing the eligibility of batteries and other technologies to receive the Investment Tax Credit (ITC).

The ITC is applicable to purchases of solar energy equipment in the US and effectively represents a 30% rebate for investors if fully realised. In recent years the policy scheme has been adjusted to include energy storage but for a long time, storage systems could only receive the Federal subsidy if installed at the same time as solar equipment.

However, a bill proposed in 2016 by Senator Martin Heinrich of New Mexico, S.1868, would amend revenue codes to apply either the ITC, similar tax relief measures or include energy stored in batteries, flywheels and pumped hydro in ‘Energy Credits’ policies. Heinrich’s “Energy Storage Tax Incentive and Deployment Act of 2017″ would therefore see storage units rewarded for the energy they put into service on the grid and now has 11 co-sponsors from the Senate.

Addressed to Paul Ryan, Speaker of the House along with Senate Majority Leader Mitch McConnell, Minority Leaders Nancy Pelosi and Charles Schumer, the groups urged Congress to include clarification of the ITC issue as pertains to energy storage as eligible under two tax codes, Sections 48 and 25. Referring to the bicameral and bipartisan support of the 11 co-sponsors, the authors described S.1686 as a “common-sense bill” which would “ensure a level playing field” for storage to compete with other ITC-eligible resources.

“Additionally, energy storage equipment provides the same services whether or not it is integrated with ITC-eligible resources, although ITC eligibility for stand-alone systems is not clear.”

#EnergyStorage enhances the use of *all* grid resources and makes the electric system more efficient and resilient. That's why bipartisan legislation and a broad coalition supports eligibility of storage for the ITC – Jason Burwen, policy director, Energy Storage Association (ESA) on Twitter today.

The letter explains that energy storage systems, while obviously not renewable energy resources themselves – a distinction sometimes missed by mainstream commentators – are fuel neutral and can “help any resource connected to the grid”, including renewables and fossil fuel sources. Not limited to batteries, the combined groups said this should include hydropower, hydrogen storage, thermal storage, flywheels and other technologies.

Excluding energy storage from tax credit policies is a “significant oversight” that creates bias in competition between power system efficiency providers, according to ESA and its co-author groups, who argued further that supporting the storage industry would create a diverse industry which could have a competitive edge internationally too.

While the inclusion of energy storage into the ITC has long been advocated for by industry groups, it has also been argued that while the policy would enable rapid scale-up of the technology, energy storage’s many benefits and versatility in making the grid flexible and resilient mean it is already seeing an explosion in deployments across America.

In an interview in 2017, Nancy Pfund of social impact investment group DBL Partners said that the ITC certainly played a “critical role in growing the solar industry in the US by creating the ability in the first five to seven years to use tax equity to finance the leases” and bringing in “billions of dollars to finance the growth”. Pfund said that had been a great success and that it is “not a coincidence that the places that do have supportive policies for storage are going to be the early adopters”.

However, Pfund, one of Tesla’s earliest VC backers, also said in that interview that she wasn’t sure if tax credits for storage would be “100% necessary because you’ve got huge states like California with supportive policies that create the model and then as you’re scaling – and this is assisted by the growth of the EV industry that’s driving down battery prices – you’ll get costs in line over the next few years so that they become compelling on their own vis a vis alternative approaches”.

Pfund referred to gas peaker replacements in California, for example, which have proved the economics of storage to be compelling enough that huge procurements have already begun of this type.

October 20, 2021
Further details of a 200MWh battery energy storage system (BESS) contract awarded to New HOrizons Ahead (NHOA) in Australia have been revealed.