UK solar installers are diversifying into storage, but the industry is keen to avoid making a "false start". Image: Rexel Energy Solutions.
A UK initiative to provide codes of best practise in the selling and installation of PV systems paired with electricity storage is underway, with authors of a guide seeking consultation from stakeholders.

Installer Martin Cotterell, head of Sundog Energy, is a longstanding veteran of the UK solar industry. Cotterell is writing a Codes of Practise document in conjunction with the National Solar Centre, which is an independent, UK-based provider of information on solar and related technologies, to be published by standards body the Institution of Engineering and Technology (IET).

He is currently also involved with developing IET&rsquo;s Codes of Practise for solar installers. According to Cotterell, during a recent period of recuperation from a leg injury, he received publicity materials from a company selling grid-connected storage systems. On making enquiries, Cotterell said he was shocked at the lack of knowledge demonstrated by the seller as well as a less-than-transparent sales operation.

Cotterell said that while electricity storage looks to be adopted both as a logical next step for solar installers and a diversification strategy for an industry beaten down by cuts to policy support, better, standardised information is critical, especially as public interest grows, spurred on by the likes of Tesla.

&ldquo;People buy a storage system and expect that they&rsquo;ll have power automatically in the event of a power cut,&rdquo; Cotterell gave as an example.

&ldquo;An awful lot those systems just don&rsquo;t do that and customers need to be made aware what they should be asking the installer- and the installer needs to know what information they need to provide to the customer. It is basic stuff, but it needs to be done.&rdquo;

Appetite for strong guidance appears to be shared far beyond Cotterell&rsquo;s own experiences. At an energy storage industry round table discussion event hosted by Solar Media's Energy Storage division in summer, several attendees voiced their concerns.

Gabriel Wondrausch, head of Sungift, which designs and installs renewable energy systems said that in the past few years his company had &ldquo;probably sent more storage systems back to the manufacturers than we&rsquo;ve actually installed or put out through the gates,&rdquo; due to systems either not working as described, or not working reliably.

&ldquo;I&rsquo;d probably say one thing that would be really important in making sure the market does increase is making sure that it doesn&rsquo;t have a false start and have lots of inappropriately installed systems,&rdquo; Wondrausch said.

It was a view shared by many in the room, including a representative of electrical wholesaler Rexel, many of whose customers are installers.

The document being put together is still open for consultation until the end of this month. According to Jonny Williams, director of the National Solar Centre - which is a branch of building science advisory group BRE, the guide is intended to be useful both to installers and to their customers. There may even be two separate documents produced from this process, Williams said, one consumer-facing and one intended for installers.

Williams said that with &ldquo;lots of signs showing us that we&rsquo;re on the verge of a lot of activity in the storage area,&rdquo; including products already hitting the shelves: &ldquo;This gives us an opportunity to put down a marker at an early stage, a high quality technical guidance note, which will help installers design their systems and also we&rsquo;re going to have sections within that for the consumer. So it&rsquo;s about protecting the consumer as well, so that people can actually have an idea about how these systems work, some guidance on questions to ask when they&rsquo;re being sold systems as well,&rdquo; Williams said.

&ldquo;In fact, depending on the consultation we may split it into two different guides, one entirely consumer facing, the other one more technical designer/installer type document.&rdquo;

While the 'Tesla effect' and other factors have drawn people towards the space, there is still a lack of clear information available, according to Williams, who explained further what the guide will cover.

Going further, better understanding and shared knowledge of electricity storage systems is likely to be key to their continued adoption- as they are understood better, the hope is that lenders and investors will become more comfortable with the technology and what it can do.

For a draft copy of the Codes of Practise (CoP) for domestic and small commercial electrical storage systems and an opportunity to contribute to the consultation, contact Jonny Williams, National Solar Centre: nsc@bre.co.uk&nbsp; 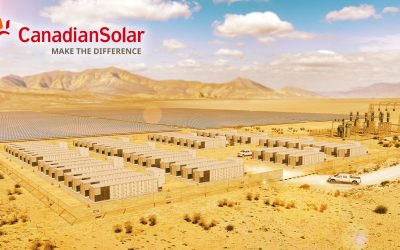