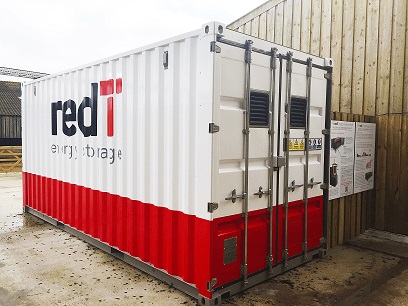 A European consortium is to test the use of long duration storage flow machine technology with a large scale tidal energy project planned for the UK later this year.

RedT Energy has been selected to provide a 0.6MW/3MWh system which will be taken from its recently finalised third generation of flow machines.

The company announced on Monday it had completed the design of its latest vanadium redox flow cell stack which will be delivered in the second half of the year.

Little is known of the tidal project as it remains subject to finance and formal contract awards. RedT revealed the European Union project will demonstrate the technical and financial feasibility of using tidal energy plus energy storage to provide reliable, renewable baseload energy. If successful, the company said the project could have “benefits EU-wide”.

Due to the cyclical nature of tidal energy, each tidal flow offers varying levels of power, with the highest amount occurring approximately every six hours. Owing to this, redT says a heavy cycling, non-degrading energy storage asset such was favoured over less robust battery alternatives.

The flow machines will be used to 'firm' the tidal generation at the site, storing excess energy during the two tidal cycles each day. This will flatten out the generation profile into consistent, baseload energy generation.

Scott McGregor, chief executive of redT energy, who has banned his employees from referring to the devices as 'batteries', explained: “Flow machine technology is ideal for heavy daily use alongside renewables.  Our expert energy storage team has done a great job of revolutionising how to couple solar and energy storage in the UK to reduce electricity costs for industrial customers. This project launches us into a new market alongside tidal generation to produce base load energy.

“Tidal generation provides a consistent, regular supply of energy, ideal for coupling with our industrial energy storage machines to supply 24 hour base load energy, a service which is difficult to provide with conventional power-centric batteries.

“Whilst redT has to date focussed on delivering smaller projects in the commercial and industrial customer market, this project is an example of how flow technology can easily scale to large projects and is consistent with our strategy of scaling redT’s technology to deliver large projects.”

The flow machine company will also contribute research, analysis and optimisation of tidal and flow machine technology to provide base load power.

Until now the company has only deployed its technology beside solar in the UK, having installed a small 180kWh unit to time shift output from a 100kWp solar array on the Isle of Wight. RedT also installed a 1MWh flow machine at the Olde House in Cornwall as part of Centrica’s Local Energy Market.